Fry stars to miss Aintree and may head to Punchestown 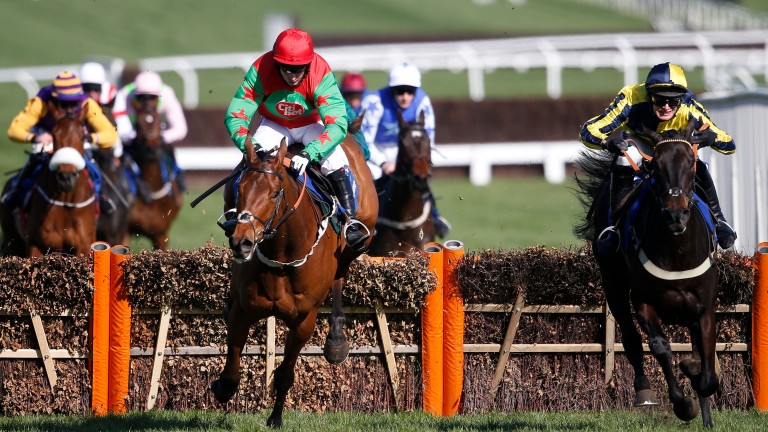 Harry Fry will bypass Aintree with both Neon Wolf and American and wait instead for Punchestown at the end of April, where their participation will hinge upon there being enough give underfoot.

Fry endured a frustrating Cheltenham, when Neon Wolf was beaten a head by Willoughby Court in the Neptune after an awkward jump at the last, Unowhatimeanharry was only third when odds-on for the Stayers' Hurdle, Air Horse One was a close fourth in the County Hurdle, and American missed the RSA Chase owing to quickening ground.

Unowhatimeanharry's possible participation in the 3m Ryanair Stayers' Hurdle at Aintree on Grand National day has yet to be confirmed by owner JP McManus's racing manager Frank Berry, but Fry said neither Neon Wolf nor American, who bolted up at Uttoxeter on testing ground the day after the festival finished, would run at the meeting.

Unowhatimeanharry's wellbeing will be assessed this weekend, with Punchestown the alternative option.

Fry, who said there are no plans for Air Horse One, confirmed: "Neon Wolf will be entered in the two-and-a-half mile novice hurdle (Grade 1 Tattersalls Ireland Champion Novice Hurdle) at Punchestown, and if he runs again it will be there, but it's the last week in April and it will be ground dependent.

"American will have an entry there in the three-mile novice chase [Grade 1 Growise Champion Novice Steeplechase] but he needs genuinely soft ground and might wait until the autumn."

Fry will have runners at Aintree, but mainly in handicaps. He said: "Henryville, who was third in the Sefton, and Thomas Brown are both in the Topham, and Dashing Oscar and Whataknight are also possibles for handicaps there."

If The Cap Fits, who has won both starts to date, is due to contest the Weatherbys-backed Grade 2 bumper.

FIRST PUBLISHED 9:19AM, MAR 28 2017
Neon Wolf will be entered in the two-and-a-half mile Grade 1 novice at Punchestown, and if he runs again it will be there