It's on! Ascot goes ahead but Paisley Park out of the Marsh Hurdle 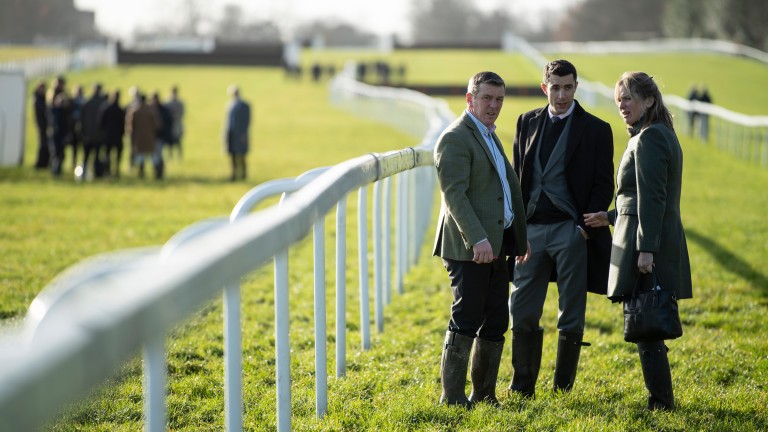 Racing goes ahead at Ascot but officials will monitor the situation on a race-by-race basis, with Marsh Hurdle favourite Paisley Park a significant non-runner.

Andrew Gemmell's superstar stayer will not defend his title at 2.25, with trainer Emma Lavelle explaining that there were a couple of false patches running down the hill and she would not feel comfortable running Paisley Park on those patches.

Lavelle said: "Ascot have done a great job but in our opinion there are a couple of false patches going down the hill. If they weren't on the hill we would probably be happier but we have to look at him in the morning. It's a big decision as it's a Grade 1 race but in our view it just wouldn't be the right thing to do to run him in that race on that ground. 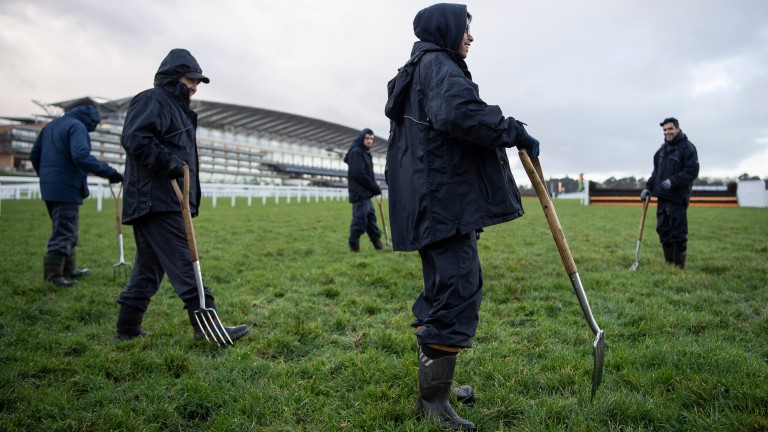 "They can't do anything about it. They have done as good as job as they can where the ground has been opened up from yesterday, and they have done everything they can to move the rail out, but there are some false patches. Under those circumstances I'm not prepared to take the chance and I'm not going to run my horse in the first race, either.

"If the patches weren't where they are it would be a different conversation but they are going downhill and I don't think we would forgive ourselves if something happened. We may not even gallop into the false patches but we can't guarantee that.

"The weather has been really unhelpful and we'll now just have to go back to the drawing board. I don't know where we'll go now. The Relkeel is something we'll have to discuss." 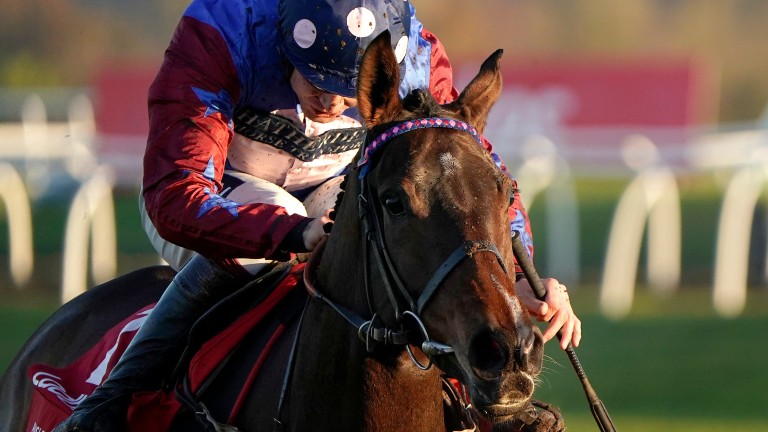 The verdict to begin racing at Ascot was given following a stewards' inquiry.

The going is heavy at the Berkshire course following 10mm of rain since the end of racing on Friday. Occasional showers are possible today.

Speaking after the first race, Harry Cobden said of the ground: "It's fine. It's heavy, very, very soft indeed, but they're getting through it."

Cobden also added the incident which caused his mount Easyrun De Vassy to stumble badly on a bend was not related to the ground.

Sean Houlihan, who won the opening race on Flowing Cadenza, added on the conditions: "It was very deep and it will be interesting to see how it cuts up as the day goes on."

The card at Thurles was abandoned due to visibility issues.

The story of the morning

Ascot clerk of the course Chris Stickels opted for a lengthy second look at 11.30am following an initial inspection at 8am.

Following the first inspection of the morning, Ascot racecourse suggested in a tweet that the fate of racing would be a "marginal decision".

The tweet highlighted a couple of areas of concern on the track. It aid: "We are doing everything we can to navigate the areas of concern, principally on the back straight, down the hill on the hurdles track.

"We will be looking at realignment of hurdles and a change to the rail configuration in order to create a useable racing line."