It's official! Tiger Roll is the best Grand National winner in at least 46 years 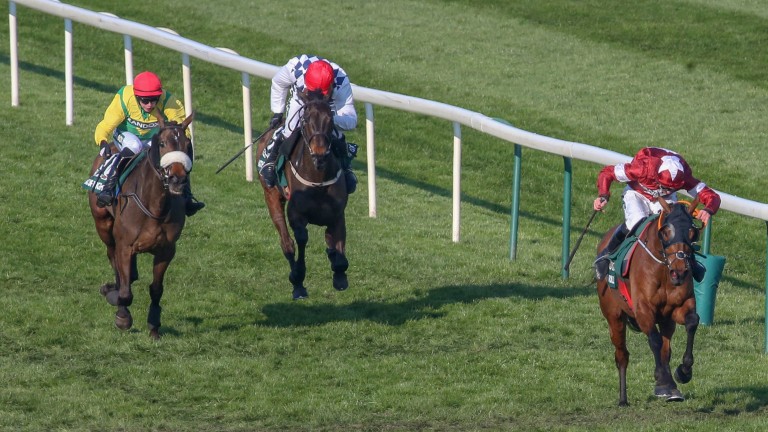 Tiger Roll's historic second Grand National success has been ranked the best performance in the race for 46 years, eclipsing the legendary Red Rum whose feat of back-to-back victories he so memorably emulated on Saturday.

BHA handicapper Martin Greenwood said on Tuesday that a rating of 172 given to Tiger Roll has been surpassed only by Crisp, the gallant runner-up off top weight to Red Rum in 1973, since meaningful records began in the same year.

Greenwood, who also stated the performance was good enough for Tiger Roll to have finished second in last month's Cheltenham Gold Cup, wrote on his BHA handicapper's blog: "I am suggesting that Tiger Roll has put up the best winning performance in any National from 1973 to present, beating Many Clouds (167) in 2015 and Neptune Collonges (168) in 2012.

"It also trumps Suny Bay’s second (beaten 11 lengths by Earth Summit, conceding him 23lb) off 170 in 1998. Using a Timeform-based assessment of the 1970s it would suggest Red Rum was never higher than 166 with L’Escargot 161 when winning his National, while Crisp was rated 173 when a gallant second in 1973."

Greenwood added: "The mighty Tiger is now [rated] 172, which only allows 2lb for the style of his victory given his bare form suggests 170. This figure would have him second in this season’s Gold Cup and Betway Bowl."

Greenwood went on to say he had consulted his predecessor Phil Smith, who framed the weights for the race 20 times before retiring last year, and former Timeform colleagues.

Only Gold Cup winner Al Boum Photo and Aintree Bowl winner Kemboy, who was credited with putting up the same 176-rated performance as Cue Card three years previously in the race, have higher current ratings.

But Greenwood suggests that both Willie Mullins-trained chasers would be put under pressure by Tiger Roll were they ever to meet.

Greenwood added: "I think 172 could still underestimate him and ever since he reappeared in the Boyne Hurdle at Navan in February – a clear personal best in that discipline – Tiger Roll has looked a different horse, which is remarkable given he has been on the go since 2013 and is great testament to his trainer."