It's Newbury with all of the usual characters, but just not as you know them

James Burn reports on a day with a difference 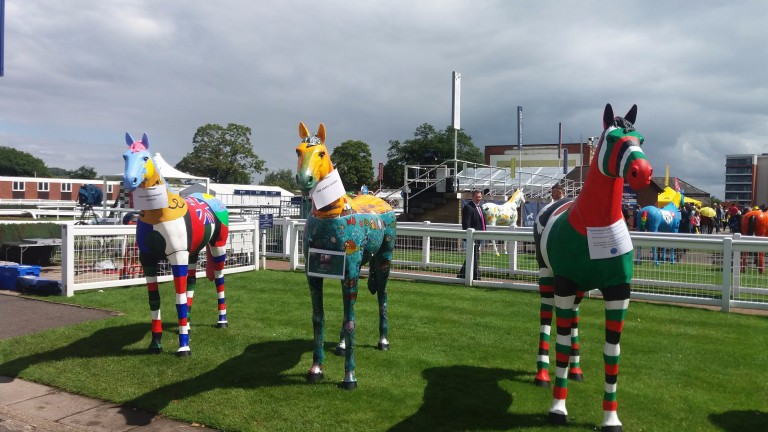 Champion jockey Jim Crowley is here for seven rides, Olivier Peslier has popped over from France for three and Sam Hitchcott arrives for business in a stylish brown jacket, blue jeans and tan shoes.

Dane O'Neill, Pat Cosgrave and Pat Dobbs are other familiar faces of the weighing room in action.

A handful of bookies line the rails attempting to drum up business from suited and booted men and high-heeled women gripping foamy pints and boxes of chips.

Derek 'Tommo' Thompson is doing a turn on the mic and it might also rain; all the hallmarks of a classic summer's day of British racing.

There is even is a Carry On-style cock-up as race eight is missing a runner in the racecard.

It might not match the Yarmouth episode from Thursday when a three-year-old ran in a two-year-old race under the name of her stablemate, but you can imagine there'll be some glum and confused faces if Synergy wins the 5.55. 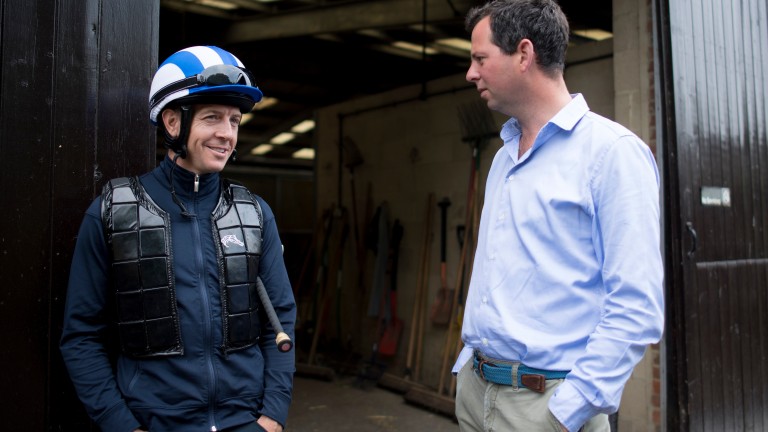 One does not, however, need to look much closer to realise this is not what you might expect from a typical British raceday.

Bright yellow Jebel Ali-branded baseball caps and umbrellas – part of the goodie bags given on free entry to racegoers – punctuate the crowd, which is actually more families than boozed-up groups of lads.

In its 34th year it's being billed as bigger and better than ever, with international competition increasing due to a bonus scheme linked to races around the world.

The first, a mile handicap, approaches and is greeted with a cheer, if not quite a Supreme Novices' roar.

And there is plenty of energy, chatter and bustle – albeit much of it created by children, and with the prizes to be won off the track it's no wonder their animal-painted faces are excited.

There are iPads for the winners of the boys' and girls' best hats heat and a £2,500 first prize for the school whose painted horse is judged best in the Arabian Rainbow competition, which has awarded around £90,000 to schools in the area since 2009.

The runners up get £1,500 and the third £1,000. Who said there was a problem with British prize-money? Certainly not 20-year-old racegoer Andrew Wilcox who wins a trip to Dubai in a free prize draw. 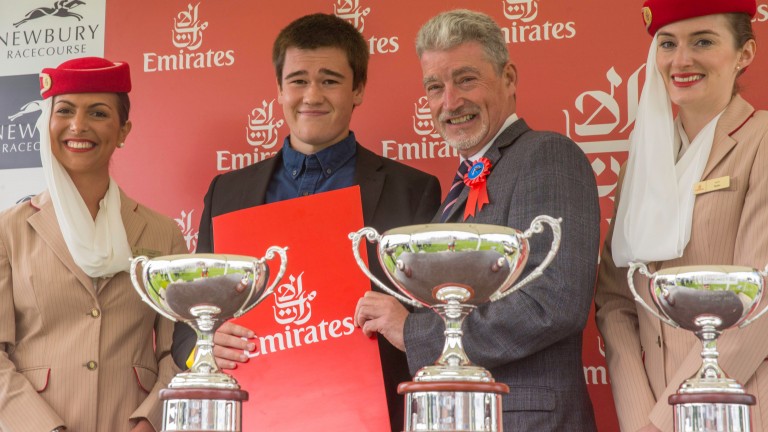 "I'll take my girlfriend," he says, before checking if she's in hearing distance.

A new Citroen C1 Touch is also up for grabs from another free prize draw, while grooms of the best turned out aren't complaining either after pocketing £300 – it's normally £50 here for thoroughbred races – nor those who win designer watches from losing betting slip draws. It seems, losers here can turn into winners, even if Sheikh Hamdan draws a blank with his runners.

You suspect he won’t mind too much on a day when he and the 8,000-strong crowd have come to experience something special and a little different from the norm.