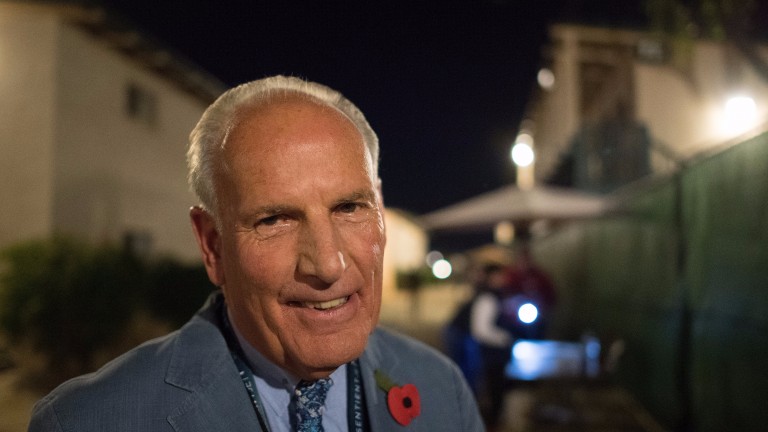 Sir Mark Prescott saddles his first runner at the Breeders' Cup when Marsha contests the Turf Sprint. In his latest daily diary, his assistant William Butler brings us the lowdown on final preparations...

Marsha was fine again at evening stables. She's been a pleasure to be with on this trip, as professional as she's been all her life.

Excitement for raceday is really building. It should be quite a day. Team Marsha has been swelled again by the arrival of my wife Claudine and Sir Mark, who arrived late last night so saw her for the first time this morning.

Everything took place earlier today because the track had to close by 6.45am in preparation for raceday, so Marsha was out at 6.15am in the dark to do her last canter. That went well and I'm glad it's over as there's always a sense of relief when it's done.

Sir Mark seemed very pleased. She was very fresh in her exercise without being keen. Luke [Morris] was happy too and if I could have planned the week to end like this, this would be it. She's nice and bright and hopefully ready to run for her life. 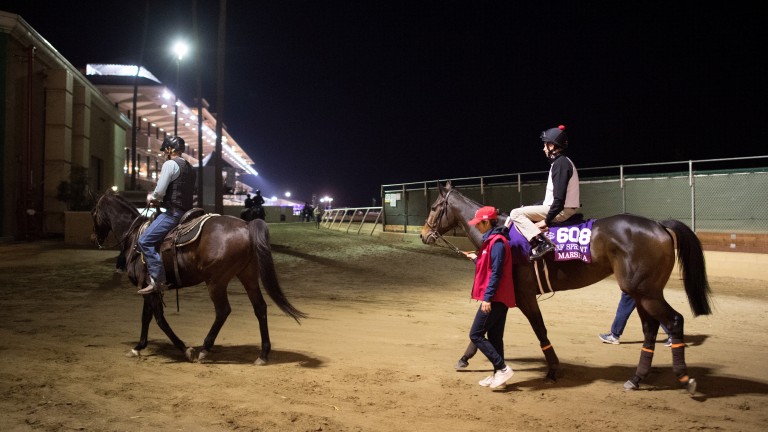 Contrary to what people think in Europe, I'd be surprised if Lady Aurelia leads. She'll be up there but the other American sprinters have so much early pace. We probably won't be able to be handy early with Marsha so will have to drop in and hope she's not so far back so that when they turn in she has a chance of catching them. That's her style of running.

Gate six isn't a worry. We were always hoping to be low but I think it's more important how well she jumps rather than gate position. It will be a burn-up early and hopefully they'll all outdo each other and set the race up for a closer.

Jon Lees brings you all the news and colour from Del Mar on Friday, live on racingpost.com from 8pm

FIRST PUBLISHED 7:15PM, NOV 3 2017
She is nice and bright and hopefully ready to run for her life