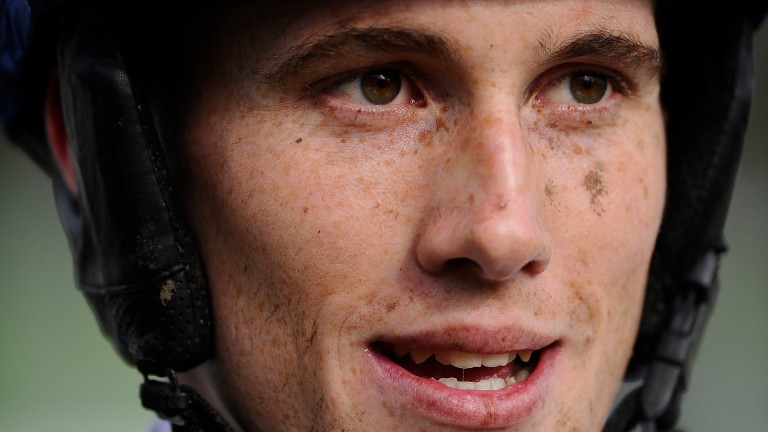 Trainer Sam Allwood described the decision of the stewards at Ludlow on Thursday to suspend rider Alan John for ten days as "very harsh" and "completely unfair".

Johns was adjudged to have "failed to have taken all reasonable and permissible measures to ensure Yambocharlie was given full opportunity to obtain the best possible placing" in the 2m novice hurdle (1.00), in which the 250-1 chance, trained by Allwood, finished sixth of 11 runners, beaten more than 44 lengths behind 8-1 winner Key To The Moon.

Allwood said: "I think it's completely unfair on Alan and the horse. The horse completely stopped on his first run over hurdles [at Uttoxeter last time]. He has been given every chance to finish in his best possible position [today]. I can't see where they're coming from."

The Shropshire-based trainer added: "We dropped him in and put a first-time hood on to achieve a better position this time and it worked. I think if he had gone harder he would have finished further back."

The stewards' report said Yambocharlie "raced in mid-division for the first half of the race making no progress down the back straight, and appeared to be tenderly handled in the home straight".

Yambocharlie had previously finished last of three on his debut in a bumper at Haydock in March and was beaten 87 lengths on his debut over hurdles at Uttoxeter earlier this month, both times ridden by Johns.

According to Allwood, Johns plans to appeal against the ban, which is due to commence on November 4.

Midfield, nudged along and lost touch after 4 out, kept on from 3 out, never near to challenge

Sinndarella is "not the bridesmaid anymore" after landing the 2m5f mares' novice hurdle, giving trainer Sarah Hollinshead her first success for 150 days.

The five-year-old mare had been runner-up on six occasions before winning by eight lengths under conditional jockey Richard Patrick.

"I'm thrilled, she's never been right-handed before over hurdles but she did everything right and she won – she's not the bridesmaid anymore," said a delighted Hollinshead.

When asked about plans, Hollinshead added: "We'll let the dust settle, she's had a busy time lately. We'll see how she is tomorrow and you'll probably see her again in about a month's time."

FIRST PUBLISHED 5:20PM, OCT 21 2021
He has been given every chance to finish in his best possible position, I can't see where they're coming from

International group calls for cut in red tape as thoroughbred movements halve 'How can you be wrong?' - Nicky Henderson hits back at Shishkin critics No Klassical Dream in Hatton's Grace as Honeysuckle heads Fairyhouse field Fantasy Ladbrokes Trophy: who would win if the best from the last 20 years met? 2021 Ladbrokes Trophy at Newbury: the runners, the odds, the verdict ITV Racing tips: one key runner from each of the five races on ITV3 on Friday