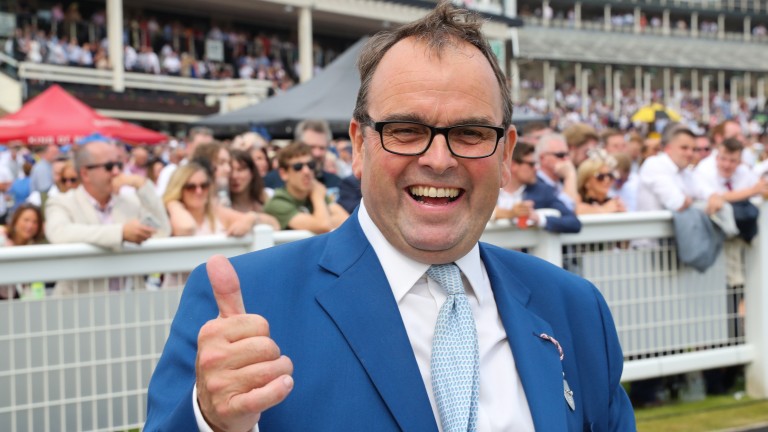 Alan King is still beaming with delight following his "unbelievable" three winners at Royal Ascot and has praised all of the team at Barbury Castle, who duly celebrated a sensational week on Sunday.

The yard were in outstanding form throughout the meeting with Coeur De Lion, Scarlet Dragon and the ultra-versatile Who Dares Wins successful and Tritonic a close second from just five runners. Before this year, King had only had one winner at the meeting.

"It's been unbelievable, very special," reflected King on Sunday. "I adore Royal Ascot week anyway but to have the horses run so well it's just great.

"Full credit has to go to the team who have worked all the way through this awful time. It's been smashing. We're having a barbecue to celebrate today. It's great for everyone to be rewarded now. My thanks go to them, all of my owners and to everyone across the industry – they've done such a fabulous job and let's hope more people can go racing fairly soon."

The win for Who Dares Wins was particularly satisfying with the eight-year-old able to add a Queen Alexandra Stakes to his remarkable CV. A Royal Ascot win follows success at Graded level over hurdles and fences in addition to scooping last season's Northumberland Plate.

On the unique versatility of Who Dares Wins, King said: "Some horses can do that but very few to the level he can. He's been in Group races, Graded novice chases and the festivals. He's versatile, he's very good and he's incredibly tough. 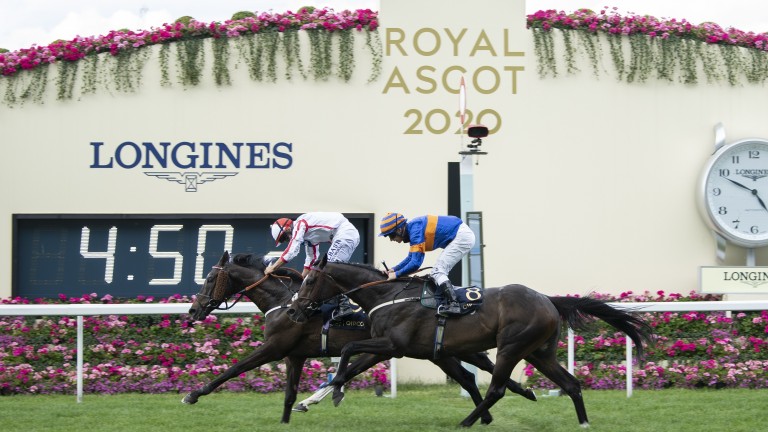 "I'm really not sure what we'll do with him next – the Northumberland Plate will come too soon and he's probably not handicapped to win a Cesarewitch so we'll have to see. It's a good problem to have."

King is looking at the big 1m4f handicaps for Scarlet Dragon after his Duke of Edinburgh win, while Coeur De Lion will be aimed at the 2m4½f Unibet Goodwood Handicap at the Glorious meeting.

King added: "Tom and Hollie have had excellent years and they're both a pleasure to deal with. They have impeccable manners and ride extremely well so it was lovely to see them ride winners.

"It's the same with Thore Hammer Hansen. He could only start riding again on Monday because of the 5lb claim – they weren't allowed to ride in the first two weeks [since resumption]. I was hoping he'd be fit enough so it was obvious he'd been doing plenty of work in the gym."

FIRST PUBLISHED 3:49PM, JUN 21 2020
Full credit has to go to the team who have worked all the way through this awful time. It's been smashing

Poignant victory for the Queen as all roads lead to Royal Ascot for Tactical 'Ideal candidate' in good form for Scottish Grand National bid Looking forward to two chances at big prices in an 'open' Grand National St Leger runner-up Sir Ron Priestley back in action in Further Flight Stakes Four things to look out for on Good Friday - including a 2,000 Guineas entry Move over Kojak and Columbo, All-Weather Championships day is back