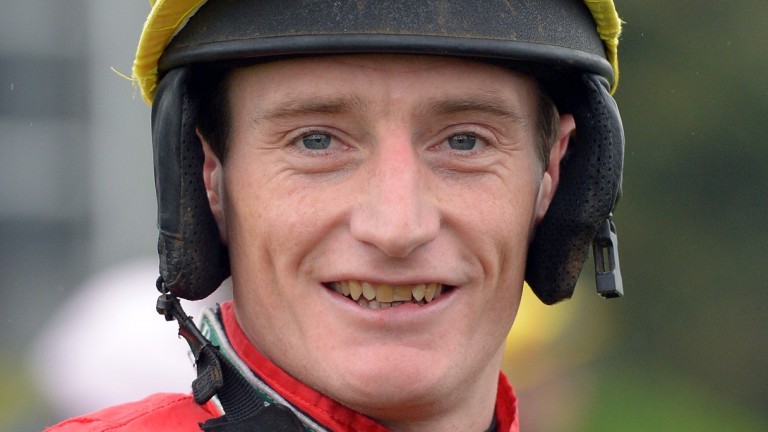 Daryl Jacob recorded one of the best days of his career with a first five-timer, all coming for different trainers, at accumulated odds of 3,275-1.

The milestone was reached with an ultra-cool ride on Jackson Hill for Milton Harris. Jacob's mount hit a high of 100-1 in-running when towards the rear before travelling smoothly to take it up in the straight and eventually breeze home for a first win in 17 starts.

Jacob said: "It's been a great day, it's a wonderful achievement. I had some nice rides coming into today and they've all produced their stuff. Sometimes you get days where you get a lot of placed horses when they've done their jobs, so this is really good."

The victory of Messire Des Obeaux was the highlight of a glorious afternoon for Jacob, who was also successful on Ede’iffs Elton, Capeland and Anightinlambourn.

Messire Des Obeaux won the feature Paddy Power Dipper Novices' Chase despite only breaking a four-year drought a month ago.

Since his Grade 1 Challow Hurdle success in 2016, the nine-year-old has been plagued by injury, but trainer Alan King is plotting another shot at the top level after an impressive jumping display.

King said: "He's always been a very good horse, but it's been a hell of a job getting him back. We always knew he'd love a fence, but for a long time we never knew if we'd get him there.

"All being well, I imagine we'll look at the Scilly Isles at Sandown [February 6]. He might have a Cheltenham entry, but I'm always worried about horses who have had leg problems running up and down that hill. We'll see."

Capeland was another big winner for Jacob in the MansionBet-sponsored 2m4f handicap chase worth £18,500. Jacob was stepping in for Angus Cheleda, who was stood down after being "a little bit sore" following an incident on the gallops.

The six-year-old came out on top in a battle up the straight with
Oneupmanship to enjoy a third success from five starts.

His trainer is excited about his future over fences next season, with the Grade 1 Sefton Novices' Hurdle a potential option before then.

"He was bought as a three-mile chaser and that's exactly what he is," said Scott. "We'll see how he comes out of the race and go from there, it might be of interest to go for a Graded hurdle or something like that.

"I wouldn't want to run him on quick ground, we don't want to spoil him for next year, but if we thought he'd improved, we could aim for one of the spring festivals and I think the Sefton would suit him."

Owner gets to celebrate on course

Owners are not permitted on racecourses following the latest lockdown in England, but Ede'iffs Elton's owner Alastair Lees was one of the very few to enjoy the winning feeling on course.

Lees has been the racecourse vet at Wincanton for over 30 years and has been on duty for both of his promising seven-year-old's victories at the track.

He managed a quick break from his work to have celebratory picture and discuss plans with trainer Robert Walford, who is excited about what could come next.

Walford said: "He's a lovely horse and we've always thought a lot of him – finally he's showing what he's capable of. We've had him entered everywhere and it's always been off, so I'm very pleased. For him to win here though, with Alastair on course, it's great.

"He might get one more run this season, but he's a big baby and he's had a hard race here. Maybe next season we'll look at proper staying trips and I could see us running him in a Devon National or something like that."

FIRST PUBLISHED 5:26PM, JAN 9 2021
I had some nice rides coming into today and they've all produced their stuff