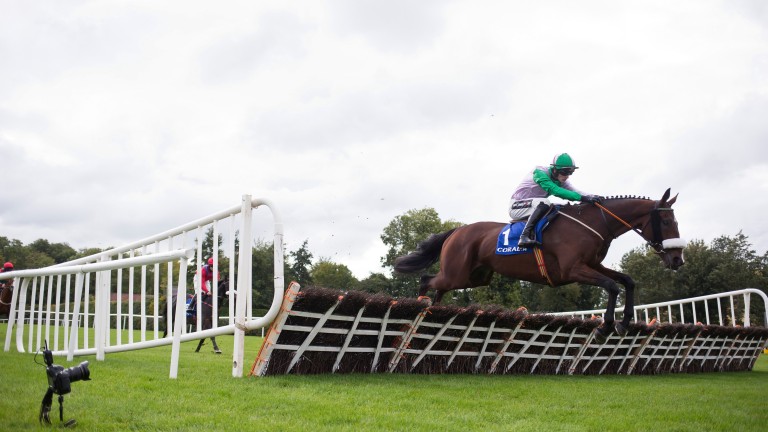 Hidden Cyclone: returns at Punchestown on Tuesday
Patrick McCann
1 of 1
By Brian Sheerin UPDATED 10:18AM, OCT 16 2018

It doesn't seem long since Punchestown played host to a terrific end-of-season climax in April, but the show moves on and new dreams abound as the track opens its doors to what promises to be another spectacular jumps campaign, with the opening two-day October fixture getting under way on Tuesday afternoon.

Gigginstown House Stud dominated the maiden hurdle and beginners chase run at Fairyhouse on Saturday, enjoying a one-two in each race, and it wouldn't be the biggest surprise if the champion owners got the forecast up in the 2m beginners chase (4.10) on Tuesday with Duca De Thaix and Trainwreck looking like nice recruits to chasing.

Henry de Bromhead's Trainwreck was the best over hurdles with a rating of 138, while Gordon Elliott's Duca De Thaix was no slouch over a hurdle and was rated just 6lb inferior. Add Joseph O'Brien's Us And Them into the mix and it should make for fantastic viewing.

Hanlon - 'Cyclone's back in town'

Hidden Cyclone is not the retiring kind. Shark Hanlon's veteran has won 17 of his 47 starts, including this afternoon's 2m rated hurdle (2.35) in 2016, and while he may be pushing 14 years of age and returning off the back of a 363-day layoff, he's reported to be in fine fettle by the handler.

"He's back in town," Hanlon said. "He rides out every day and he's never let us down before so we're hoping he doesn't let us down now.

"He's probably coming to the end of his tether but he seems to be going well at home and he looks well enough treated at the weights. We won this race a couple of years ago with him and we said we'd try and come back for it this year. Everything seems to be good with him."

Another course and distance winner, Don't Touch It, heads the weights for Jessica Harrington and Mark Walsh. The four-runner field is completed by the Francis Casey-trained Eight Till Late and Gordon Elliott's Stooshie. 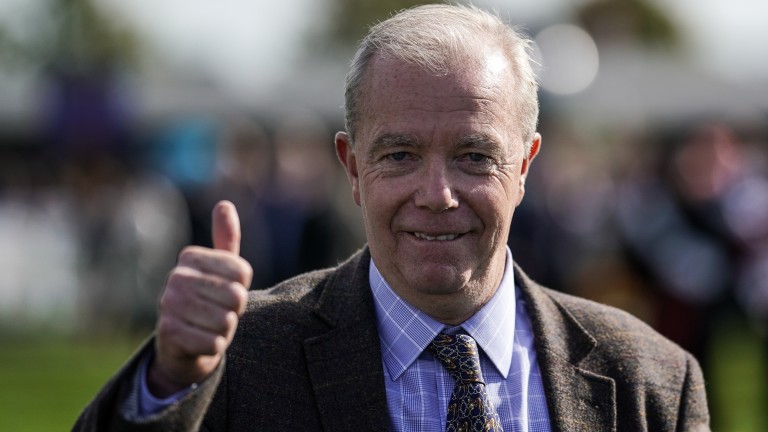 Yorkshire trainers have a nose for a decent prize and provide five of the ten declarations for the £20,000 7f handicap at Leicester (3.05).

They include the David O'Meara-trained Hajjam, who won over this trip at the Ayr Gold Cup meeting where Brian The Snail (Richard Fahey) was ninth in the Gold Cup itself.

Karl Burke runs the progressive three-year-old Lord Oberon, who was a close second over 6f at Haydock last time on his return from a five-month break.

"He'll love the heavy ground, being a Mayson," the trainer said. "And he's in great form, he bounced out of the Haydock race really well. He should run a big race. He has plenty of speed but he stays the trip well."

FIRST PUBLISHED 6:00PM, OCT 15 2018
He?s probably coming to the end of his tether but he seems to be going well at home and he looks well enough treated at the weights