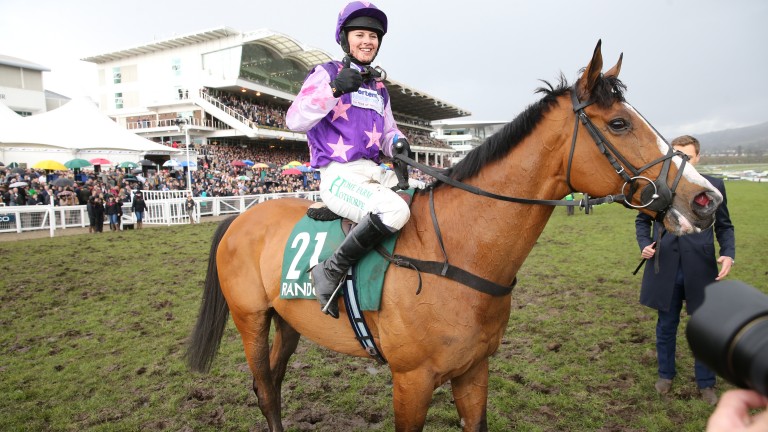 Bridget Andrews and Mohaayed after their County Hurdle victory in 2018
John Grossick (racingpost.com/photos)
1 of 1
By Sam Hendry UPDATED 7:30PM, JAN 16 2021

Dan Skelton has paid tribute to Cheltenham Festival winner Mohaayed on a tragic day for the yard which also saw them lose talented eight-year-old Ardlethen.

Mohaayed was competing in the 2m7f hurdle at Market Rasen when he suffered a suspected broken shoulder after stumbling at the fifth hurdle and could not be saved by the racecourse vets.

The nine-year-old's jockey Bridget Andrews took a heavy fall in the process and was reported to be roughed up but not badly injured.

Mohaayed won six of his 37 races, including the County Hurdle at Cheltenham in 2018 and the Betfair Exchange Trophy at Ascot later that year, earning over £200,000 in prize-money for his owner June Watts.

"For the whole yard it's absolutely awful and this is as sad a day as you can imagine," Skelton said. 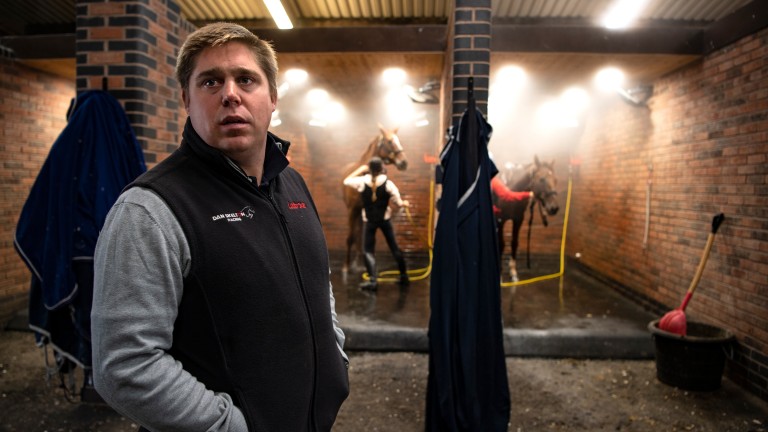 Dan Skelton: "This is as sad a day as you can imagine."
Edward Whitaker

"He's been a superstar for us. He’s loved beyond loved and it's sad for everybody involved, especially June the owner and Bridget, who worshipped the ground he walked on."

Reflecting on Mohaayed's fantastic career, Skelton said: "To do what he did at Cheltenham for the Watts family, and for Bridget to have a Cheltenham winner, was amazing.

There are no words to describe how much of a difficult day it has been. To lose both Ardlethen & Mohaayed is simply devastating and the team is shattered; thinking especially of their owners Mike & Eileen Newbould and Tim & June Watts.

Thank you boys for the memories pic.twitter.com/iVFSvqQJWQ

"He was a pleasure to have at home and all the memories of him are just joyful because he was such a happy fella. He was so much fun to have around and will be sorely, sorely missed."

Barely an hour after Mohaayed's tragic accident, Ardlethen was fatally injured after being brought down at the last hurdle by the fall of Flemcara in the Pertemps qualifier at Warwick. The unfortunate incident also saw the Philip Hobbs-trained Espion lose his life.

FIRST PUBLISHED 5:46PM, JAN 16 2021
He was a pleasure to have at home and all the memories of him are just joyful because he was such a happy fella

BoyleSports eye Hills shops in bid to significantly increase UK presence Former Racing Welfare chief executive Sir John Kemball dies aged 82 'The meeting was sure to be off. We were only coming here to have lunch' RIP Arthur Shone - sadly for racing, we truly won't see his like again Emmet Mullins-trained handicapper scores by wide margin after big Friday gamble 'What else would I do at my age?' - 80-year-old trainer wins with only horse