It's all child's play for Neptune Collonges as he enjoys retirement 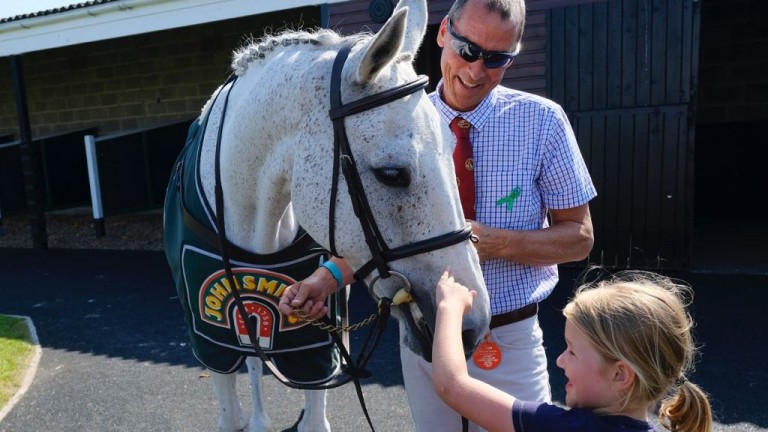 Neptune Collonges, third in the Cheltenham Gold Cup behind stablemates Denman and Kauto Star in 2008 and winner of a Grand National four years later, is enjoying life and still making money after reaching the age of 17 in April.

Having won more than £1 million in prize-money in his racing career, largely down to his nose defeat of Sunnyhillboy at Aintree, Neptune Collonges has become a latter-day Red Rum in making celebrity appearances, all in a good cause.

The grey's exploits were recalled this week in the wake of Denman's death at the age of 18.

Owner John Hales said: "Although his Grand National win was fantastic I still think that Gold Cup was his greatest ever performance – the day he nearly beat Kauto Star.

"Remember Kauto Star was an eight-year-old at the peak of his powers and in one more stride Neptune Collonges would have beaten him for second and I always look back with great pride.

"They are great memories and I was sorry to hear about Denman – I have a picture of the three of them on the wall of my home in Portugal."

The popular grey, who has remained with the Hales family in Shropshire, has paraded before the Grand National and gone to Alder Hey Children's Hospital with the jockeys the day before.

The winner of 16 of his 36 races, Neptune Collonges added another course to his list when he made one of his appearances two weeks ago at Market Rasen, where he never raced. 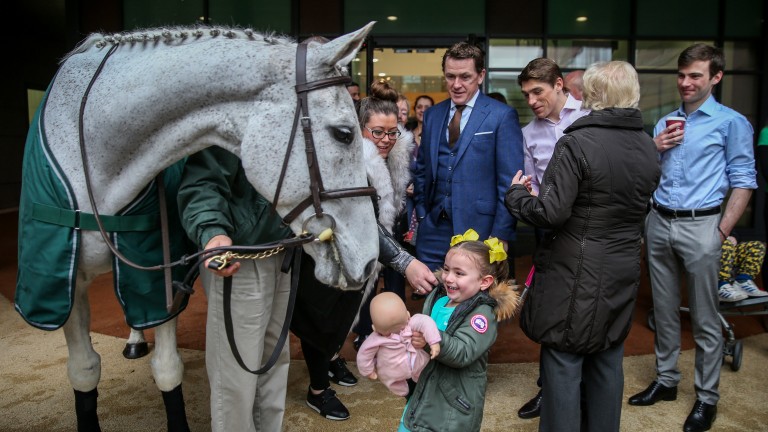 Hales added: "He isn't ridden any more but helps raise money for the Alder Hey Children's Hospital with his visits – we ask for a donation to the hospital when we take him on the lorry to events."

Hales also had good news about his Arkle and Champion Chase hero Azertyuiop, who turned 21 in April.

Review the record of Azertyuiop

"I have all my old horses at home in retirement and Azertyuiop is doing well," he reported, adding: "Politologue is here enjoying his summer holiday and I expect him to have a really big year next season."

FIRST PUBLISHED 10:41AM, JUN 10 2018
Although his Grand National win was fantastic I still think that Gold Cup was his greatest-ever performance