It's a record: Elliott to create history by saddling 13 in Irish National 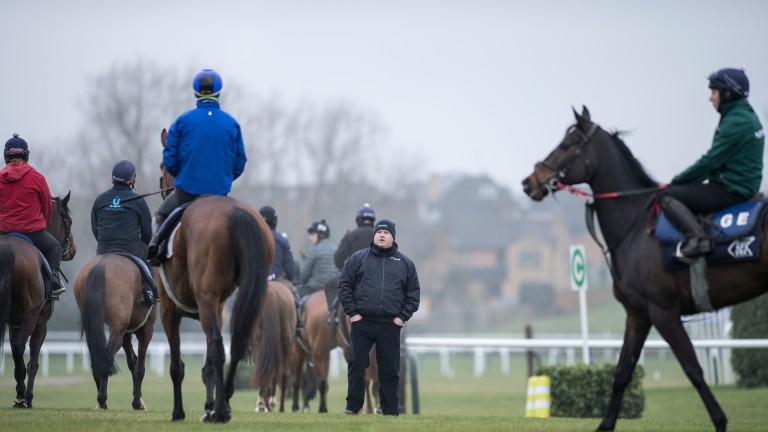 Even if Gordon Elliott fails to win the Irish Grand National he will set a world record if all of his 13 runners set off.

The current trainers' record for the most runners in one race is 12 by David Nicholls in the Stewards' Sprint Handicap (Stewards' Cup consolation race) at Goodwood in August 2003.

The best of his 12 horses in the 21-runner field was runner-up Zuhair, who had won the race in 1999 but was beaten a short head by Undeterred in 2003.

Undeterred had been third in the 2001 and 2002 Stewards' Cups for Nicholls but had then, on the trainer's own advice, been transferred to David Barron.

Nicholls had 11 runners in the 2004 Stewards' Sprint Handicap, including the winner Merlin's Dancer.

The Irish record is already held by Gordon Elliott with 11 runners in the Troytown Chase at Navan in November 2016, including the winner Empire Of Dirt.

The record for the Grand National at Aintree is ten by Martin Pipe in 2001, when he had a quarter of the 40 runners and a quarter of the four finishers, with Blowing Wind coming home third. The Derby record is eight by Aidan O'Brien in 2007, including runner-up Eagle Mountain.

FIRST PUBLISHED 6:00PM, APR 1 2018
The current trainers' record for the most runners in one race is 12 by David Nicholls in the Stewards' Sprint Handicap