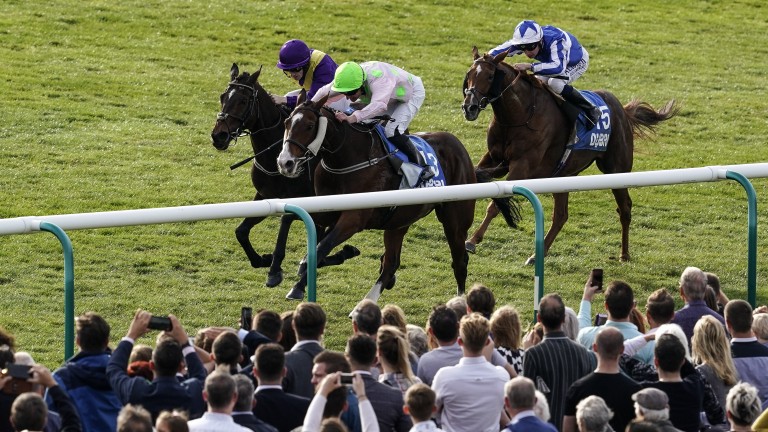 Low Sun (pink) just gets the better of stablemate Uradel in a thrilling finish to the Cesarewitch
Alan Crowhurst
1 of 1
By David Milnes UPDATED 6:10PM, OCT 13 2018

A contest nicknamed by many 'the first race of the jumps season' lived up to that billing when Willie Mullins landed a one-two with Low Sun denying Uradel.

To say the County Carlow trainer was mob-handed in the Cesarewitch was an understatement. He fielded no fewer than seven runners, a move that was largely attributed to the boost in prize-money this year to £500,000.

The win was a first at the track for Mullins and owner Rich Ricci, while it provided the second leg of a double for the much-travelled Seamie Heffernan. 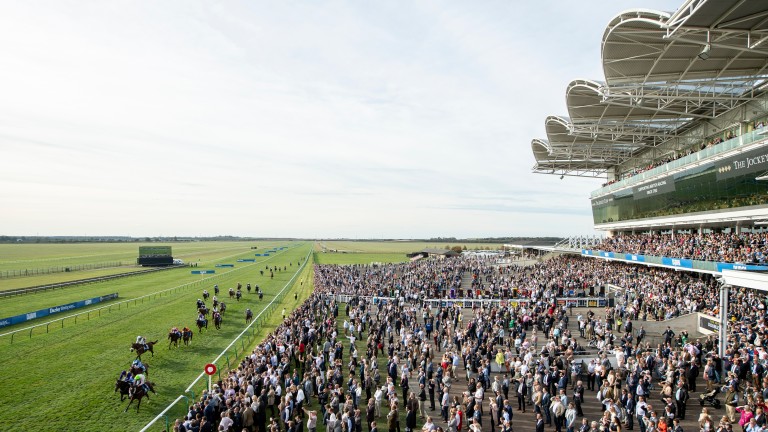 The early exchanges of the 33-runner handicap resembled the Town Plate, which is run on the neighbouring July Course in August, with two runaway leaders Cliffs Of Dover and Stars Over The Sea carving out furious fractions.

Stars Over The Sea, who had won the Cesarewitch Trial at the track last month under similar tactics, folded before the Bushes this time, where the pack also enveloped Cliffs Of Dover, who had brought most of the field towards the stands' side.

Running down into the Dip, Low Sun grabbed the rail under a determined Heffernan, who was at the peak of his strength to hold off the Billy Lee-ridden runner-up Uradel.

Mullins, who is also due to saddle seven runners in the Irish Cesarewitch at Navan on Sunday, said: "I'm thrilled with that but don't ask me how the others got on as I haven't a clue.

"Low Sun has been a hard grafter all season and to think we had him on our selling list after Punchestown at one point – he's done nothing but improve this summer.

"It was looking as if he may get passed in the last furlong but he wanted to keep his head in front. The other fellow has given his all also, and we'll be back next year with the prize-money like they're putting on, make no mistake."

Heffernan, who had earlier won the Listed Zetland Stakes on Norway, said: "I'm delighted to win the Cesarewitch, especially as the horse and jockey didn't really get the trip!

"I thought the front pair had gone off hard enough but I didn't want to chase them early and then get run out of any prize-money. I rode him to get home and it came off – he found a bit more out of the Dip.

"Fair play to the owners for putting me up and it's great prize-money to be playing for."

Uradel's rider Lee said: “I had a lovely position the whole way. He took me into the race well and he got there going well, but I didn’t want to commit too soon.

"When I let him down, he did pick up, and you are always trying to be on one of Willie Mullins’s horses because they keep galloping to the line."

Of third-placed Cleonte, trainer Andrew Balding said: “I’m really pleased with the run. We got a little bit of traffic trouble early in the straight, but he has run his heart out and it was a good effort. That will probably be it for the year.” 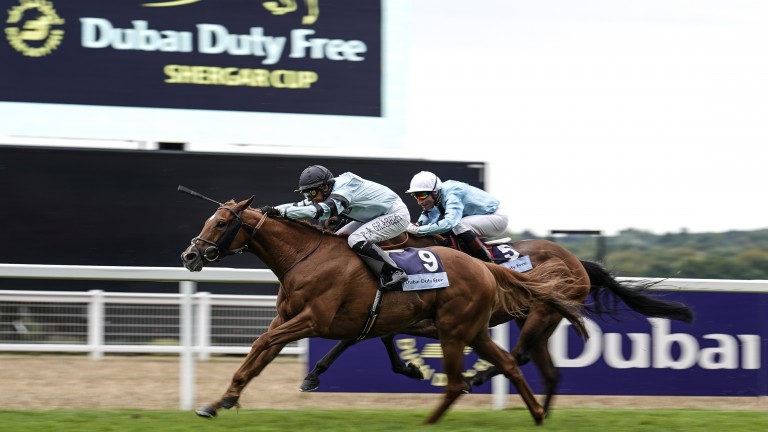 Andrew Balding: was full of praise for third-placed Cleonte - the gelding was victorious at the Shergar Cup earlier on in the season
Alan Crowhurst

The well-fancied Vis A Vis finished fourth after feeling the ground. Trainer Neil Mulholland said: "He may have been that little bit better had it rained, but he’s run a great race.

"We’re in the winner’s enclosure and it's a fantastic race to be part of."

Theglasgowwarrior was fifth, while sixth-placed Speedo Boy ran a great race considering he ran loose on the way to post.

FIRST PUBLISHED 3:52PM, OCT 13 2018
I'm delighted to win the Cesarewitch, especially as the horse and jockey didn't really get the trip!

Take a sip of Ballybrit Lite, it won't taste the same but you might like it 'A long-term target' - find out who could go close in the big day one handicap Finally! Excelcius produces excellent display to record only his second victory