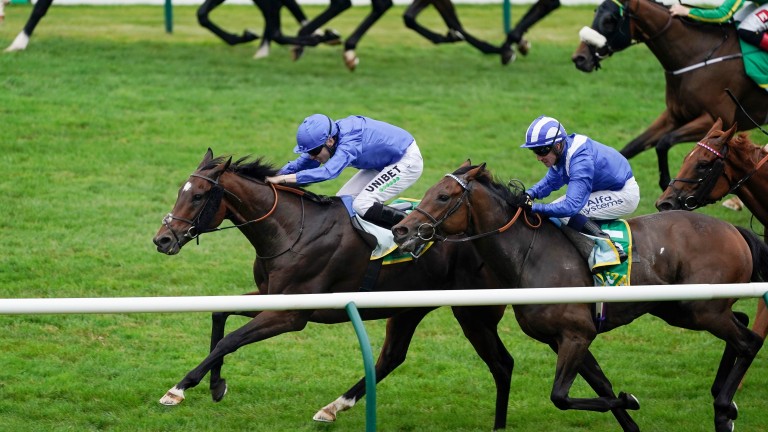 If you happened to be one of the bet365 Cambridgeshire's winning punters, you will have got a huge buzz out of backing 40-1 shot Bedouin's Story. However much you enjoyed it, Jamie Spencer almost certainly enjoyed it more.

Saeed bin Suroor – responsible for providing Godolphin with a first success in the famous cavalry charge – observed in the winner's enclosure that Spencer was perfectly suited to his partner. This was also a perfect Spencer ride.

Nobody is better at coming from last to first, yet to do that in a 26-runner handicap takes some doing. No wonder the victorious jockey punched the air when crossing the line three-quarters of a length in front of Jim Crowley and morning gamble Anmaat.

"I thought I gave him a good ride – I was congratulating myself," joked Spencer, who first struck in the Cambridgeshire 15 years ago on Formal Decree.

His mount on this occasion had to pass every one of his opponents, yet Frankie Dettori had told his weighing-room neighbour that was a strong possibility. It was not the only way in which Spencer's friend and colleague offered valuable assistance.

Spencer said: "I sit besides Frankie, who has won on the horse in Dubai. He said he starts slowly but that you have to keep filling him up and that if he's in a good mood he'll come good at halfway.

"I always felt I was going quite well, and even though Jim got the jump on me three out, I had loads of horse underneath me.

"There was a gap between Frankie and Probert coming out of the Dip. If that had closed I would have been goosed, but thankfully it stayed open.

"You can see Frankie looking left – I was shouting at him and he moved a little bit. All these little things help." 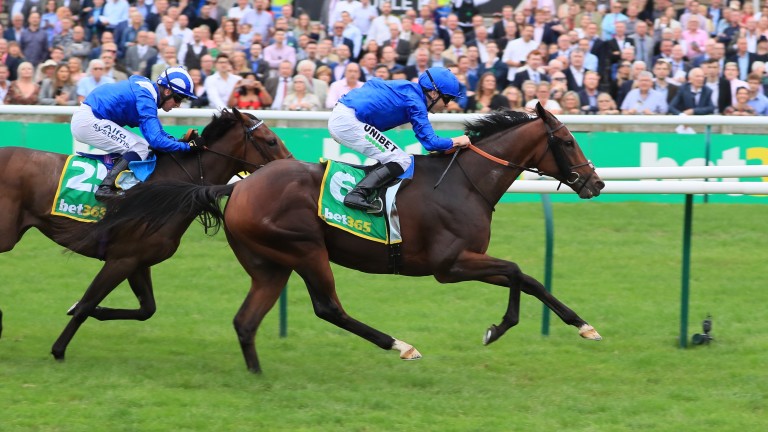 Bedouin's Story is too strong for Anmaat
Mark Cranham

The assistance was particularly useful given the demanding terrain of the Rowley Mile, on which Spencer had been an arguably unlucky second on Castle Star 40 minutes earlier.

"This is the most difficult track in the world to ride a hold-up horse because of the undulations and contours," explained Spencer. "A horse who is covered up can't see the ground in front of him.

"In the Middle Park I hit a dip and then had to fight for a gap that wasn't really there. It was so late when I got out that I didn't even have a chance to use my whip."

Conversely, the connections of Anmaat felt the Cambridgeshire had gone almost too well, leaving the Shadwell gamble in front sooner than ideal.

Bigger things may yet await the runner-up, while for Bedouin's Story – whose stablemate Benbatl landed Friday's Joel Stakes – there could be an imminent upgrade to Pattern company in the Darley Stakes back at Newmarket on October 10.

"His way is to come from behind and that is Jamie’s way of riding; he was the right jockey on the right horse," said Bin Suroor, who in the era of Moon Ballad and Marienbard had celebrated wins in numerous important races alongside Spencer.

"I actually hadn't had a ride for Saeed for about five years but I saw him on Warren Hill the other morning," said Spencer. "He must have realised I'm still alive!"

FIRST PUBLISHED 3:51PM, SEP 25 2021
There was a gap between Frankie and Probert coming out of the Dip. If that had closed I would have been goosed