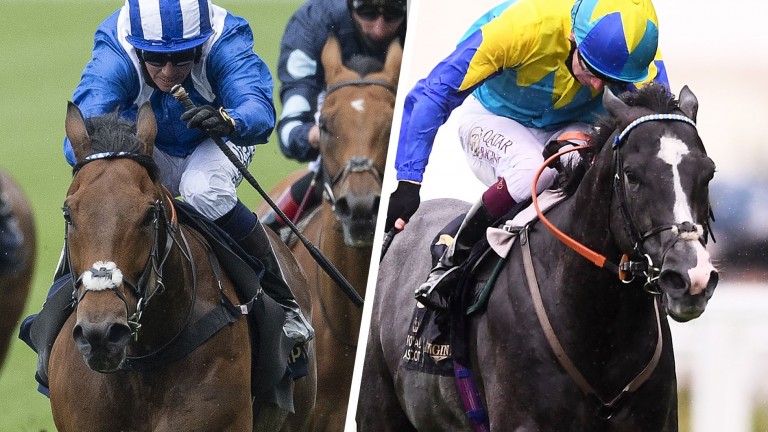 It's one of the downsides of Flat racing that the top horses seem to flit into our lives in a blaze of excitement and flit out again before we've had the chance to get to know them.

That accusation could never be levelled at Battaash, who has been lighting up the sprinting scene with his high-speed pyrotechnics since winning a Bath novice stakes at the princely odds of 14-1 in May 2016.

Of course, he went on to far bigger and better things, but even his haul of four Group 1s would be put in the shade were he to land a fifth straight success in the Group 2 King George Qatar Stakes.

The opposition looks stiff, but trainer Charlie Hills knows just what his seven-year-old is still capable of and has close family experience of what's required to achieve such sustained excellence.

Hills said: "I remember Dad [Barry] doing the same thing with Further Flight, winning the Jockey Club Cup five seasons on the trot at Newmarket, and I know how much goes into having a horse spot-on for the same race year in and year out, and how much can go wrong, so it would mean a huge amount and be a great achievement for the horse and for us.

"The ground seems to be drying out nicely, with just a little rain forecast for the morning, so we'll keep an eye on that, but at this stage I'm happy.

"He came in a bit later than normal this year, but since then it's been plain sailing and he's been training as well as ever, so we're very hopeful going into the race." 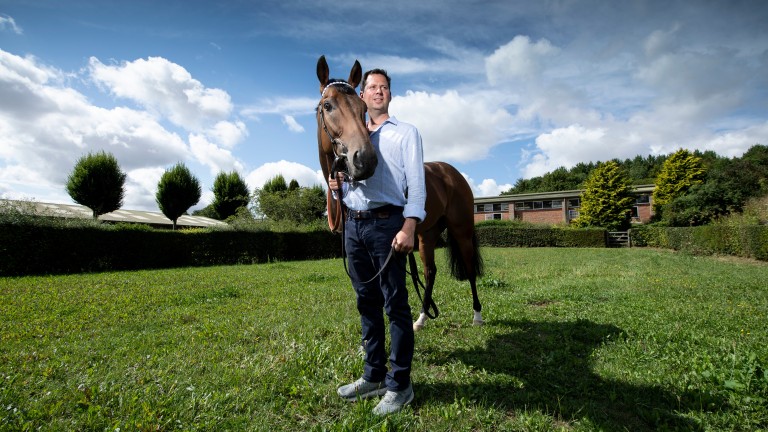 Battaash and Charlie Hills enjoy a relaxing moment in the sunshine at home
Edward Whitaker (racingpost.com/photos)

By now, Hills knows pretty much all there is to know about the veteran son of Dark Angel, but if there is a familiarity in the relationship by now, there's no hint of complacency or a lessening of the thrill of training a sprint champion.

"I've got to know him pretty well over the years," says Hills, "and he's a really straightforward horse to train – he certainly hasn't lost any of his competitive edge. It's not often that you get to have a horse as good as him for as long as we have, so it's been nice to have the chance to get to know him and work out what's best for him.

"Goodwood is a happy hunting ground for him because it's a track that's all about speed, which plays to his greatest strength. But although he's still strong and powerful, he's not a tearaway anymore, his pace is controllable, and that makes life easier.

"If all goes to plan, there will be plenty of pace in the race and Jim [Crowley] will be able to bowl along and use him when he wants to. After that, hopefully he'll still have the kind of electric acceleration that's won him four of these already."

There are plenty of strong contenders in the pack and one of the more fascinating is the Kevin Ryan-trained Glass Slippers, who put the cherry on her last campaign by taking the Grade 1 Breeders' Cup Turf Sprint in November.

But for a minor hiccup in the spring, the five-year-old might be trotting on to the track at Goodwood with a more bullish feel to her challenge, but Ryan, already a winner this week with Last Empire in the Group 3 Oak Tree Stakes, is still expecting a bold showing.

"She ended last season in fantastic form by winning at Keeneland, so we were really looking forward to getting her going again and heading to Royal Ascot," he said.

"She's such a simple filly to train and so easy to deal with, so it was frustrating that the first real issue she's ever had came a week before the royal meeting, when she pulled a muscle and had to miss a gallop. That ruled us out of her first target of the season, but it was only one race and we owe her a lot more than she owes us, so we weren't going to take any chances. 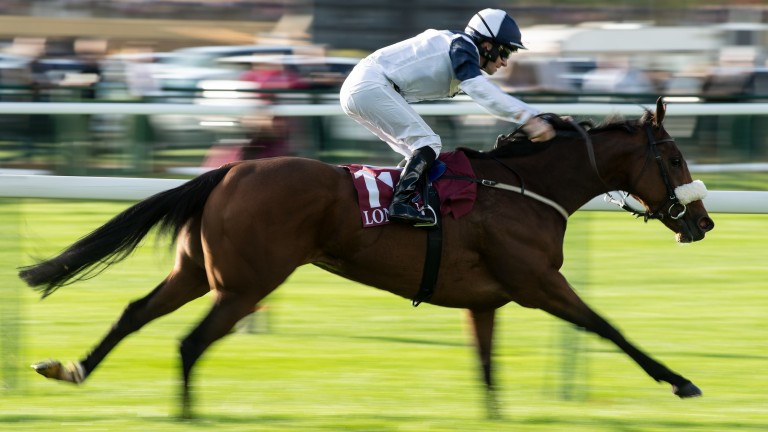 "Since then she's had a decent prep, although she'll improve for the run against some match-fit horses. She ran well here last year, so we know the track won't be a problem for her, and I don't think the ground will be an issue either.

"It's a big challenge taking on Battaash and we'd like to have taken her away for a racecourse gallop, but the ground everywhere has been too quick. She's done everything well at home, though, and her last piece of work told us she's really starting to come to herself."

Robert Cowell, trainer of Arecibo
He's quirky but talented with it and we haven't been surprised by what he's shown on the track this year because he's worked like a good horse since he arrived, and he's evidently had lots of ability in the past. We believe upping him in grade, as we did in the King's Stand, is the key to getting the best out of him, because they go a generous pace and he's usually good at finishing. He seems to be improving, which may sound strange for a six-year-old, but funnily enough the best ones I've ever had have been at their best at six and seven, and he has the pedigree to back it up. I'm not worried about the track, he seems to have a reasonable draw, and if they go hard and Jamie [Spencer] can find the gaps, he'll be on the premises.

Tim Easterby, trainer of Art Power
He's never run a bad race in his life and he's a bloody good horse who won't care what the ground is. He may have been a bit on the wrong side at Newmarket last time but he still wasn't beaten far, and I think you could run him over six and a half furlongs or five and it wouldn't matter to him. You never know whether they're going to act round Goodwood until you try, but he's adaptable and has never found a problem with any track he's run at. He's in good form at home and, if he shows the speed he went on his last two runs, he'll go really well.

Oisin Murphy, rider of Dragon Symbol
He's come out of the July Cup well and we wanted to explore coming back to five furlongs with him. He's a very good horse and it might be the way forward with him.

Francois Rohaut, trainer of Suesa
She's been fine since Ascot and is an easy filly to deal with. Olivier Peslier knows her by heart and he thinks she's a 1,000-metre [five-furlong] filly. I have a similar opinion and William Buick was in agreement as well.

FIRST PUBLISHED 6:00PM, JUL 29 2021
Goodwood is a happy hunting ground for him because it's a track that's all about speed, which plays to his greatest strength

Next up: key quotes as the sprint crown is up for grabs at Ascot Shadwell may race only homebreds in 2022 as leading team lays low at sales A Case Of You pounces late to give Ado McGuinness a first Group 1 victory