'It was heartbreaking' - trainer's heroic efforts to care for injured horse 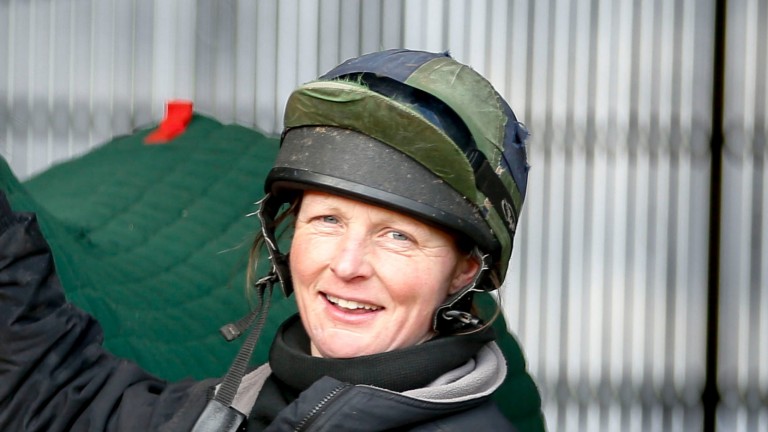 Sleeping on the job means something very different for Gill Boanas, who spent four nights in a stable with a mare battling life-threatening injury.

She was determined to do all she could to help save Oliver's Betty and gave up her bed in order to nurse her through the crucial early days after she broke her pelvis at Redcar.

The trainer believes her efforts have paid off and has even spoken of her hopes of returning the six-year-old to racing.

"I slept with her for four nights," said Boanas, who has been training at the Saltburn yard made famous by Mary and then Keith Reveley since 2016. "I made myself a little bed out of shavings and I was quite comfy – it was all right actually.

"You just do it. Some might have said just put her down but we've done everything we can."

Boanas' night vigil began after Oliver's Betty suffered her serious injury at Redcar, where she was made favourite to follow up a last-time-out win at Ayr, but looked to go wrong and was pulled up by Oliver Stammers a furlong into the race.

"We're only 15 or 20 minutes up the road from Redcar. We got her back here and she was straight off the wagon and into the first stable that I could get her into," the trainer recounted.

"On the first night she was terrible. The vets came out and we sedated her and gave her pain relief. I stayed with her and when she started I had to keep administering pain relief to her and sedate her.

"All she wanted to do was get down and, as the vet said, if she got down she wasn't going to get back up. It was quite heartbreaking watching her and I don't think the vet thought she was going to make it through the night. That first night was the worst."

And although Oliver's Betty came through that initial 24 hours, a further complication in her condition then made her night nurse's job even harder.

"The next day her urine turned nearly black, there was a worry over her kidneys and we had to put her on a drip, from 9pm until 10am the next day," Boanas said.

"The vets set it all up for me and left me to change the bags over and keep an eye on it. I didn't get a lot of sleep, I knew how long the bags would take but I only shut my eyes for a little bit – as soon as she moans or groans you wake up."

All the time Boanas was with Oliver's Betty through the night, she was also rising first thing to ride out each morning.

Asked whether such a regime had left her shattered, the trainer said: "I wasn't too bad. It caught up with me more in the fifth night when I actually did get to my bed.

"Even then I still got up a couple of times through the night just to check on her. I had my alarm set for every two hours."

Nor is the hands-on treatment for Oliver's Betty over now, even after a trip to Wetherby where stablemate Pound Off You finished a close second on Tuesday night.

"Last night I got back from Wetherby and saw to her again," Boanas said. "I massage her quarter and her leg as often as I can.

Boanas hopes that Oliver's Betty is now over the worst and is looking forward to getting to the bottom of her injury.

"Her pelvis will be broken but we haven't been able to scan her yet to see how bad it is as she had quite a bad bleed, and she had a huge haematoma over the whole of her hindquarter," the trainer said.

"She gets a scan tomorrow but she's done amazingly; we thought we were losing her that night. I'm hoping we're out of the woods now, the big haematoma has gone down.

"Touch wood she's settled now and she's weight-bearing on that leg, which is brilliant."

Boanas hopes that a stablemate's recovery from a similar injury augurs well for Oliver's Betty.

"Broctune Red did the same thing a couple of years ago at Musselburgh and he was off for nearly a year," she recalled. "The vets said they didn't think he'd race again but he's come back better than ever and won four races.

"We'll give Oliver's Betty all the time she needs and if she does come back that will be great, if she doesn't it was always going to be the plan that I'd breed off her at some point. By this time next year we'll have an idea what the situation is."

FIRST PUBLISHED 2:00PM, JUN 9 2021
I made myself a little bed out of shavings and I was quite comfy

'It gave him a real lift' - Pat Smullen's memoir Champion hits the shelves Frost was questioned as though in the dock - and it was not comfortable to watch Ryan Moore fends off suggestion of bias from Gibbons' counsel in High Court Liam Jones on the sidelines again after he breaks leg in freak accident Watch: Upping The Ante episode 4 | Cheltenham Festival ante-post preview 2022 'Winning the National is the dream' - lucky punter thinks big after £281,000 win