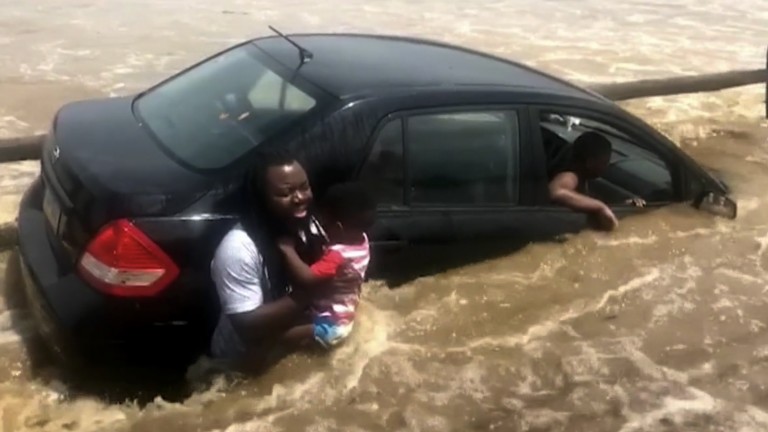 The father holds one of his four children as his car is caught in the rising floodwater in Pennsylvania
David MacDonald
1 of 1
By Jack Haynes UPDATED 7:23AM, AUG 10 2020

British jump jockey Tom Garner performed heroics when he braved deadly floodwaters to help save a stranded family in the US.

Garner was the toast of the US TV networks after forming a human chain in the torrent to rescue the family, including a small child.

His actions were reported in the US over the weekend after footage of the dramatic rescue emerged.

The 29-year-old, winner of the Kingwell Hurdle in Britain and Grade 1 jumps races in the US, featured on Good Morning America and Fox News after the drama in Pennsylvania.

Riding out for boss Leslie Young had passed without incident on Tuesday so Garner headed out for lunch with friend Walter Puddifer, a former point-to-point rider, only for the weather to take a dramatic turn for the worse.

Roads were wiped out by torrential downpours, leaving a father and his children in serious danger as the water continued to rise. Garner and Puddifer, along with two strangers in a loader, came to the rescue. 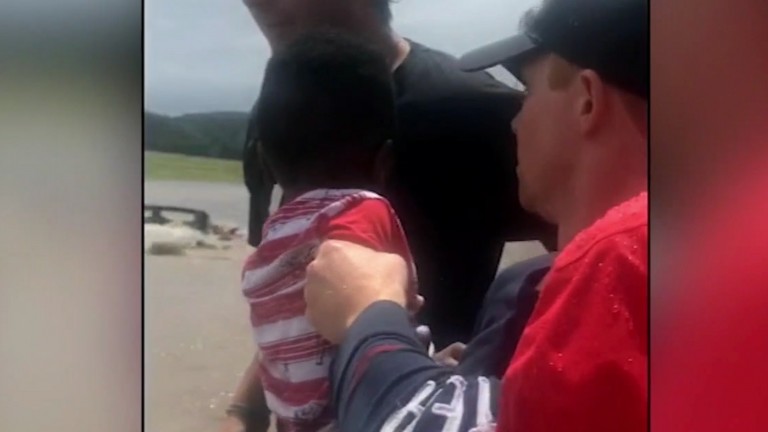 Garner, reliving the drama when speaking from Fair Hill on Sunday, said: “It was mad and all happened so quickly. I was with Walter and we went out to get some lunch but the rain just got so bad. We turned around after going not much further than a mile, but this floodwater was like a tidal wave.

“We saw it totally take this car out, so we jumped out and luckily a loader came round the corner and we jumped in and helped rescue them. There was a father and four kids in the stranded car so it was very fortunate the four of us were there and able to help.

“We formed a human chain link – I was holding on to the belt of a stranger we met called Dan, who grabbed the arms of the kids and we passed them back to one another. 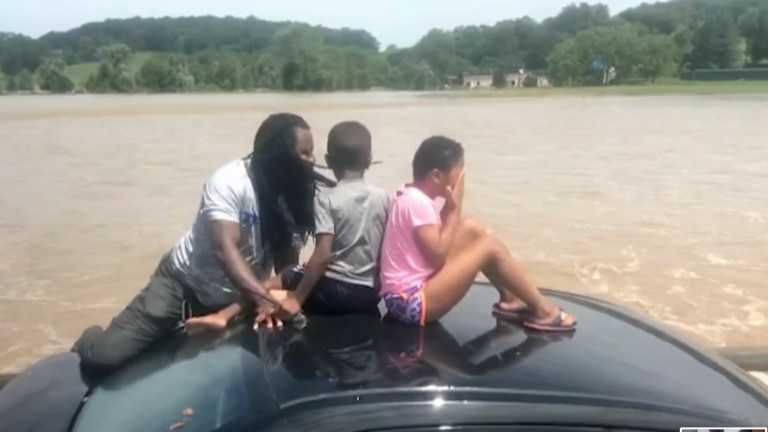 “They were in the car originally but they had to get on the roof as water was going over the doors. The water was even moving the 12-tonne loader. It was a race against time. We were ultimately successful, but it wasn’t the most pleasant thing to go through.”

Garner added about the rescue on Tuesday: “It wasn’t an average day for us. The rescue made Good Morning America, Fox News and everywhere so it was quite bizarre really.

“Rain over here is quite something. I rode out for my boss Leslie Young in the morning in normal rain like we have in Britain, but it was torrential downpours later on and we had around six inches in three hours. We’d had no rain for three weeks before then so the ground just couldn’t take it.”

The coronavirus pandemic presented Garner with a dilemma as to whether to return home earlier this year, but he has remained in the US and rides at Colonial Downs and Saratoga this week with jump meetings returning in September.

Garner said: “I always come back in the middle of May but we didn’t know when the rescheduled meetings here would be at that point and there was no racing in Britain, so I decided to ride it out here.

“I’ve got a good job out here and was more worried about going through an airport on my way back with the threat of Covid and putting my family at risk. I thought I’d stick it out, keep everyone safe and hope to be back later in the year.”

Garner hoping to be rolling in the dough with pizza venture

FIRST PUBLISHED 7:30PM, AUG 9 2020
The rescue made Good Morning America, Fox News and everywhere so it was quite bizarre really