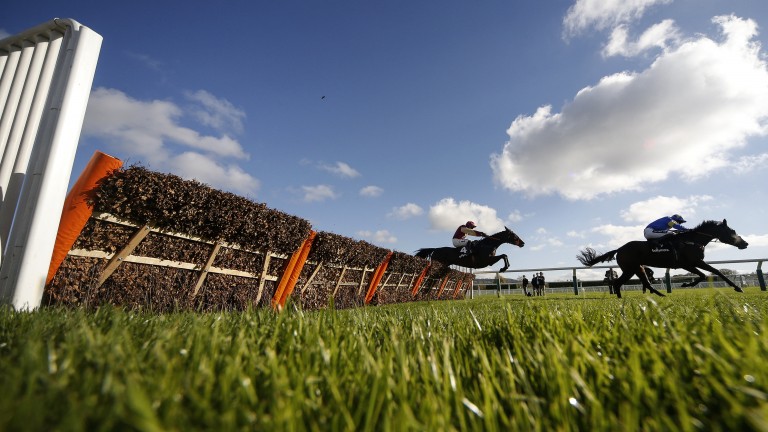 Trainers will have to declare wind ops from next january
Getty Images
1 of 1
By Richard Birch UPDATED 9:19PM, NOV 22 2017

Champion jumps trainer Nicky Henderson yesterday applauded the BHA's move to make declaration of wind operations compulsory, saying it was what punters deserve and that greater transparency in racing is essential.

However, he also expressed serious concerns that the procedures of hobdaying and cauterisation of the soft-palate – which are entirely different – will be declared under the single term ‘wind op’.

“It was inevitable that the BHA brought this in,” Henderson said. “After all, it happens far too often that a horse wins a race and afterwards it transpires that it’s had a wind op following a poor performance.

“I was speaking to Jamie Stier [BHA chief regulatory officer] only recently on the subject, and said to him that we’ve got to be transparent.

“It’s only right that people who bet on horses have all the relevant information in front of them. Trainers have got nothing to hide.”

Henderson’s concern, though, arises from the different types of wind surgery that is available for horses, as well as the fact that there is no guarantee an operation will lead to a significant improvement in a horse’s performance.

“Surgeries have improved and science has moved on since the days of Party Politics winning the Grand National after being tubed,” he said.

“Cauterisation of the soft-palate is a routine procedure rather than an operation. It’s very straightforward, whereas hobdaying is a significant operation,” Henderson said. “Yet both will be coming under the one umbrella of wind surgery, and I have huge concerns about that. It's a difficult issue.

"Once an issue has been declared you are tagging a horse for life that it’s had a wind op.”

The BHA has been accused of "poor regulation" by the National Trainers Federation, which has expressed concern over the process that led to the implementation of the new wind op rule.

From January 19, 2018, trainers will be forced to disclose when a horse is racing for the first time following a breathing operation. But the NTF thinks a greater research period should have been undertaken before introducing the rule.

An NTF statement released on Wednesday read: "In the consultation we proposed that the BHA’s first step should be to collect data from trainers about wind surgeries carried out over a two-year period.

"That data would then be analysed to assess the extent to which different wind surgeries have a significant effect on the performance of a large enough cohort of horses to have some confidence in the value of information provided to bettors.

"The BHA has opted to ignore the opportunity for an evidence-based approach on this issue. We believe that is poor regulation."

In addition, the NTF thinks the rule could be difficult to police, as it is yet to be reciprocated by the Irish and French racing authorities.

"We urged the BHA to seek alignment from Ireland and France before introducing the rule," the statement added. "The BHA chose to make the running but we fear this will leave British racing connections at a disadvantage and undermine the objective of the rule."

Trainer reaction to the new rule on Wednesday was split, with Colin Tizzard among those unsure if it would be beneficial.

He said: "I don't think declaring whether a horse has had a wind operation or not is necessary as some horses benefit from it and others don’t, and that’s all I’m going to say on the matter."

Flat counterpart Michael Bell is also unsure whether the additional information will aid punters, as he said: "I don’t think it's very helpful for punters as this will sometimes lead to more confusion. As well as that, some owner-breeders may well want confidentiality on wind issues as they may not want it on record that a filly in training has had a minor wind operation as it would stay with them."

However, Don Cantillon is happy with the change, and said: "This is the right thing to do. Paul Nicholls tells people freely when he’s had his horses operated on and this will take away the debate over if they have or haven’t."