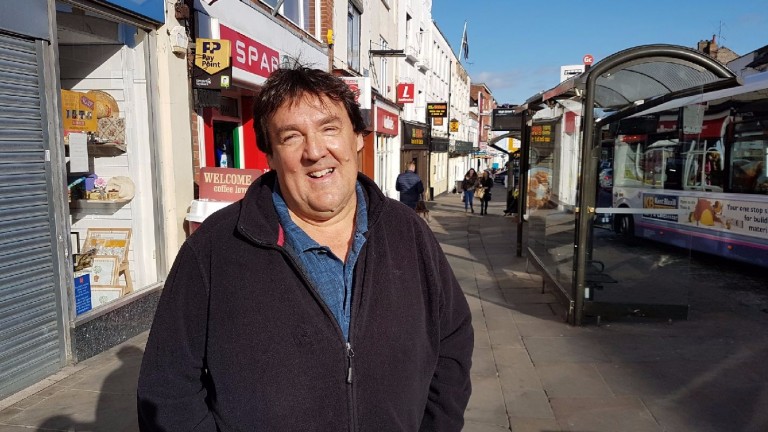 The intruder seen leading Sizing John back into the winner's enclosure at Cheltenham on Friday has revealed his decades-long campaign of gatecrashing major sporting moments – and says he understands if bosses at the course choose to punish him.

Richard Melia, 56, from Colchester, is a keen gambler and racing fan and has found himself leading in some of the most famous names in the sport, including Frankel, Camelot and Auroras Encore.

Melia, who works as a driver, said his exploits have become a tradition among him and his friends and family since he first started doing it in the late 1990s but admits the response to his latest appearance has been bigger than anything he has experienced before. 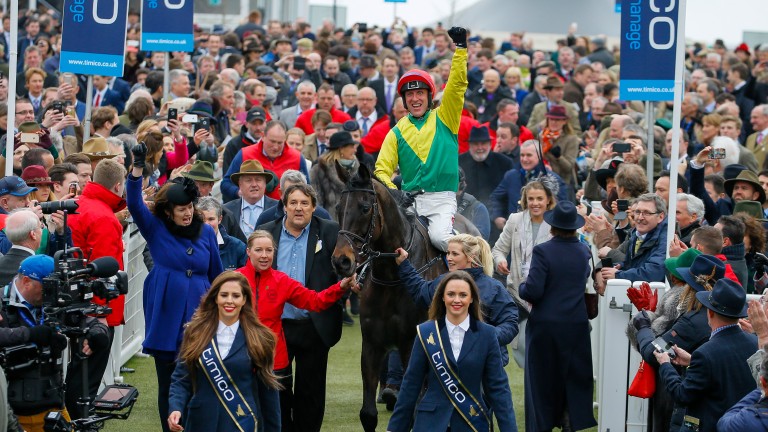 "I know it's naughty but I've done it at loads of places," said the serial interloper. "I've been on the grid at Silverstone, I was in the ring at the Dubai World Cup the year Animal Kingdom won, I've been in the ring after a Floyd Mayweather fight in Vegas and shook hands with him.

He added: "It's only for a laugh – it's nothing serious. I'm not trying to hurt anyone or cause any trouble and I always keep out the way once the owners and trainers are all together." 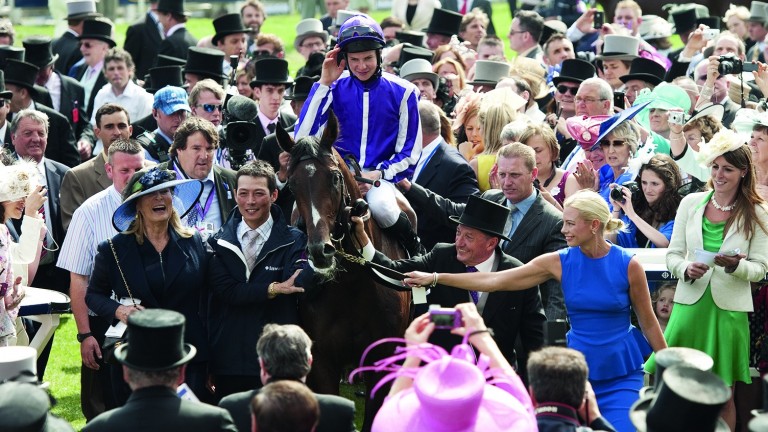 Melia's first taste of the big time came at the Valderrama Golf Club in Spain during the 1997 Ryder Cup, when he rubbed shoulders with the likes of Tiger Woods and the former US president George HW Bush.

Golf has proved a fertile hunting ground, with Melia also following Jean Van Der Velde around Carnoustie during the famous Open playoff of 1999.

He also travelled to South Africa for the 2010 Fifa World Cup and found himself at a VIP party with Leonardo Di Caprio.

"I got in just by walking in with him so everyone thought I was with him – that was one of my best ones," he said.

'You just have to be confident'

"You just have to be confident. If someone stops me, then that's it, I don't go in and as soon as anyone says anything, I walk away."

Melia insisted he is not out to cause any harm, especially when going racing as he would not like to upset the horses, but said while he hopes Cheltenham and other racecourses can see the funny side, he may find himself in hot water.

Cheltenham bosses have vowed to review their security procedures but Melia praised stewards on duty, revealing this mission had been one of his toughest.

"I understand Cheltenham's position, I know it's a little bit naughty but I just get in there and get out. I'm not trying to upset anyone or ruin anyone's day and I definitely don't want to upset the horses.

"I don't mind if Cheltenham ban me because it's fair enough, I did it. There is very good security there, the stewards are good and it wasn't easy to get in there, it was very hard."