Elliott and Mullins clash in another key battle in title race 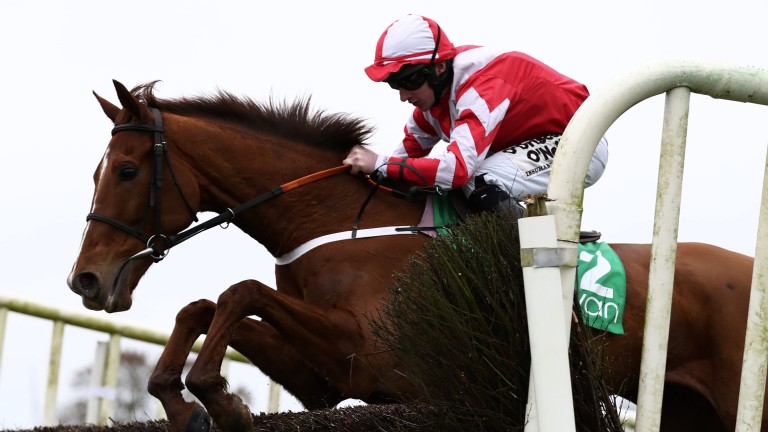 The Bar One Racing Dan Moore Memorial Handicap Chase is worth €100,000 so it is hardly surprising to see Gordon Elliott and Willie Mullins, who are fighting it out for the Irish trainers' title once again, saddle seven of the 13 runners between them. Here’s what you need to know

Acapella Bourgeois was a dark horse for the Cheltenham Gold Cup not so long ago. He beat Road To Respect by 32 lengths on heavy ground over three miles at Navan last season and has never tried shorter than two miles three furlongs, but Willie Mullins has decided that a speed test might suit him best and the eight-year-old takes a dramatic drop in distance.

The former Sandra Hughes-trained horse was a beaten 7-4 favourite in the Troytown Chase at Navan over three miles in November and was then turned over at 4-7 by stablemate Polidam over two and a half miles at the same track last month.

"The trip might prove on the short side for Acapella Bourgeois but he's a very good jumper and we're hoping jumping at speed over the shorter trip will suit and keep him in contention," said Mullins. 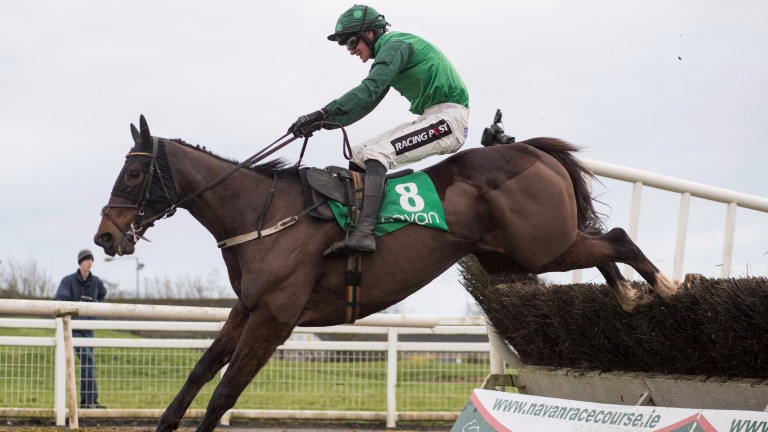 Polidam: drops in trip after failing to stay three miles last time out
Patrick McCann
The horse who conquered Acapella Bourgeois at Navan last time was Polidam, showing an impressive turn of foot to gallop nine lengths away.

Polidam was upped to three miles last time and was a leading fancy for the Paddy Power Chase at Leopardstown over Christmas, but he trailed home 11th.

Mullins added: "Polidam appeared not to stay three miles at Leopardstown last time and, as is the case with Acapella Bourgeois, the drop in trip should help us determine plans for both of them for the rest of the season. He's 8lb worse off with Acapella this time."

"There are no trip doubts about Townshend but there's a chance he could be at his limit in terms of his handicap mark," said the champion trainer.

Mullins has won the Dan Moore five times since 2001, most recently with Turban in 2014.

Can Elliott extend lead in championship?

Gordon Elliott was agonisingly denied a first trainers' championship in the final furlong of the last campaign but his lead is much bigger now than at this time last year, and should he secure the €59,000 winner's cheque here his prospects would look even rosier.

Cause Of Causes has won at the last three Cheltenham Festivals and the Grand National runner-up returns to action for the first time since that awesome Aintree effort over half the trip he performed so creditably over last April.

Elliott said: "This is a good starting point for Cause Of Causes, who will probably be aimed at the Cross Country at Cheltenham again. He's in good form and should run well." 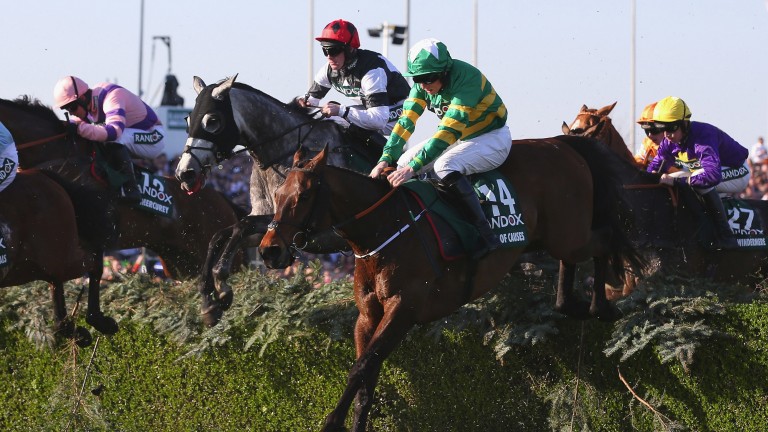 Cause Of Causes: will likely head to the Cross Country at Cheltenham again
Alex Livesey/ Getty Images
Elliott also runs Doctor Phoenix, The Game Changer and Tell Us More in an attempt to win the valuable pot for the second time in a row following the success of Ball D'Arc.

"Doctor Phoenix would have to have a chance on his Cork win," said Elliott. "He made a bad mistake last time which put paid to his chances.

"Tell Us More has ability but is either very good or very bad, and he has been mainly very bad of late.

"The Game Changer picks up some money every day he goes to the races and if he could pick up another cheque we'd be delighted."

Rock The World sugarcoated a memorable Cheltenham Festival for Jessica Harrington last March when storming up the hill to land the Grand Annual, but life has been tough off higher marks since and his form figures read 4250 since his career highlight.

Don't Touch It is a Grade 1-winning hurdler who landed a hot handicap chase at the Punchestown festival last April, but Harrington feels the soft to heavy ground will hamper both of her contenders.

"They're both coming back from a break and in good form but the ground is not ideal for either – both of them would prefer it quicker," said Harrington.

Rock The World: in good form for his first run after a break
Alain Barr

What can Mallowney do second time back?

Mallowney had been off the track for more than two years before appearing in a handicap hurdle at Thurles last month, when he ran well to finish fifth of 11.

He had been contesting Grade 1 and 2 chases before his long absence and it will be intriguing to see how he fares back over fences in this handicap.

Trainer Tim Doyle said of the now 12-year-old: "It's great to have him back in races like these. I know he's not getting any younger but at home he shows us all his old sparkle.

"We were happy with his return over hurdles at Thurles. It's very competitive but this has been the plan for a while."

Out of the handicap but not out of the reckoning?

Elusive Ivy is 7lb wrong at the weights, but her jockey takes off 5lb to alleviate that to some extent, and she is a consistent mare who will have her each-way backers at around 25-1.

Trainer Gavin Cromwell said: "She's been a great servant over the years. She seems in good form but is running from 3lb out of the handicap.

"There looks to be plenty of pace in the race, so that will suit her, and Brien [Kane] takes off 5lb."

FIRST PUBLISHED 6:00PM, JAN 13 2018
The trip might prove on the short side for him but he's a very good jumper and we're hoping jumping at speed over the shorter trip will suit