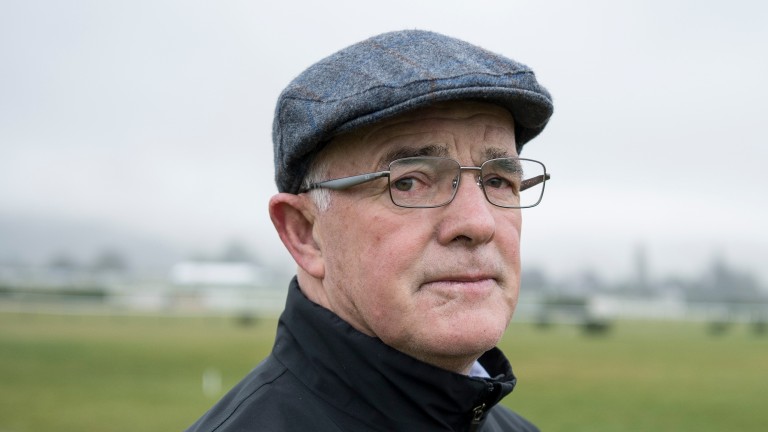 He makes me tingle, he's that special. He's got a huge future ahead of him
Joe Tizzard, assistant trainer of The Big Breakaway, after the top prospect made a perfect start to his chasing career at Cheltenham

This is what it means! Our head lad Simon Gilmore cheering home For Pleasure, who he rides out every day, to Grade 2 victory at Cheltenham yesterday pic.twitter.com/pNiC7Z8vZb

You're taught to let go of a horse if you're being dragged on the floor but I knew he was tired and held on. It was all about the welfare of the horse, who I expected was going to gallop himself into the ground
Sky Sports Racing presenter Hayley Moore on being the heroine of the hour at Chepstow in May 2018 when she dramatically stepped in to catch a loose horse

In loving memory of Kim Lower Zeals to Lands End
Freddie and the team have donated the money raised to two incredible charities. A massive thank you to all who contributed - your generosity is greatly appreciated! The final amount was a massive £37,000!! pic.twitter.com/JwDzuwW2nv

The only thing that bothers me is when a fella is drinking and goes looking for a fight. I can't stand a fella who won't tell you what he thinks of you when he's sober but does when he's drunk. I hate that
Ted Walsh on his aversion to aggressive drunkenness

I knew he was decent and I think he's better than that too. If you did your homework he had a strong chance of a place – he needed everything to go right and it did
Scottish jockey Lee Newman was not overly surprised at the Bahrain International victory of 20-1 outsider Simsir

We want to make him accessible to everyone as he's unique to the market, he's a very fast son of Gleneagles and the only one to stand at stud
LM Stallions' Luke Gedge-Gibson, whose operation has swooped to stand Royal Ascot winner Southern Hills for a fee of £3,000

A third-placed finish may have helped him with the downpayments #ITVRacing pic.twitter.com/u6OFWOJM9U

FIRST PUBLISHED 6:00PM, NOV 21 2020
You're taught to let go of a horse if you're being dragged on the floor but I knew he was tired and held on

'Above all he was a true aristocrat, a true prince in everything he did' Bryony Frost: 'It's hard to ignore negativity when it comes at you all the time' 'I witnessed drugs, crime, violence - horses helped me escape that reality' A film beautifully capturing the story of Enable's remarkable career Dan Skelton: 'We'd be letting these horses down if we trained how we used to' 'Her battle against this awful disease has been an inspiration to everyone'
Bookmaker
Price
E.W. Terms
bet365
Open Account
Ladbrokes
Open Account
Betway
Open Account
William Hill
Open Account
Coral
Open Account
Paddy Power
Open Account
Betfair
Open Account
Unibet
Open Account
Sky Bet
Open Account
Sporting
BetVictor
Boylesport
RaceBets