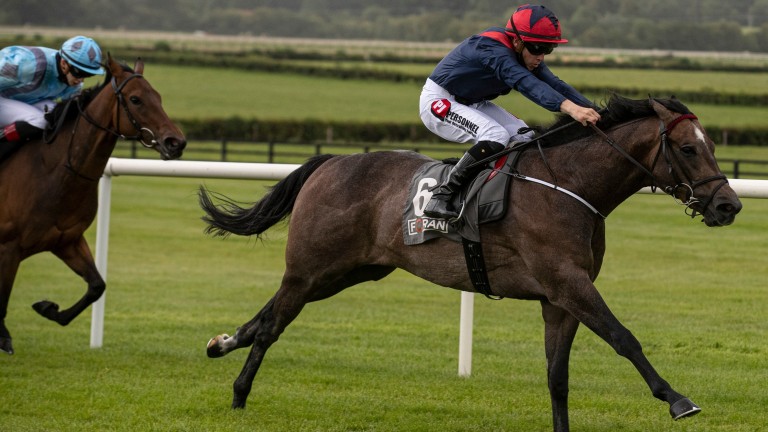 County Kildare-based trainer Michael O'Callaghan is not a frequent visitor to Britain having sent only 23 runners across the Irish Sea in the last five seasons for three winners. But all three of those were juveniles and Steel Bull bids to make that four by landing this Group 3.

Bred for speed by Clodovil out of a mare who is related to some useful sprinters, the market spoke in Steel Bull's favour on his debut at Naas last week and he didn’t disappoint.

Steel Bull cruised through that contest before quickening up well to defeat 8-11 favourite Dense Star by a two and a half lengths and he looks all speed. This test should suit.

He doesn't have that much to find with the form horses either. Significantly and Chief Little Hawk both recorded Racing Post Ratings of 92 when placed in Listed events on their last starts. That is a decent level of form, but it's far from an insurmountable level for Steel Bull. 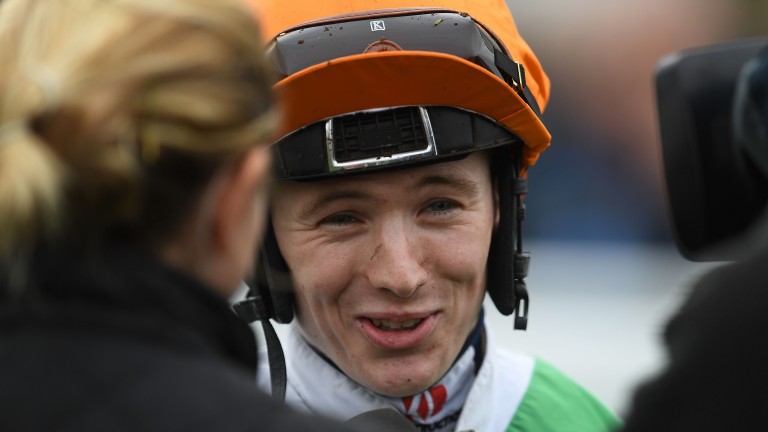 Night On Earth had the clockwatchers purring after his victory at Windsor last time. He won in a time only 0.13 seconds outside the juvenile course record held by Charles The Great. That has stood since 2011 and Charles The Great was good enough to win a Group 2 in Hong Kong two years later. That gives an indication of the potential held by Night On Earth.

The final mention must go to Wings Of A Dove, who competes for Richard Spencer. The Newmarket trainer won this race two years ago with Rumble Inthejungle and has a further second and two thirds from just six juvenile runners at the track in the last five seasons.

Maiden Significantly 'could be unbeaten'

Karl Burke is as good a trainer as any when it comes to placing his horses at Group level so it is worth taking notice when he takes aim at a prize like this with a three-times raced maiden.

Significantly ran an eyecatching debut when making rapid headway to be second at Newcastle and was then just worried out of it over six furlongs at Doncaster on his next attempt.

Most recently he travelled powerfully when dropped back down to five in the Listed Dragon Stakes at Sandown before again finding one too good in Gussy Mac.

"He's a horse with a lot of ability and natural speed and he probably could or should have won all three – or any one of them – so far. He was a bit unlucky on debut, I blame the jockey a little bit at Doncaster and then the draw didn't help last time. 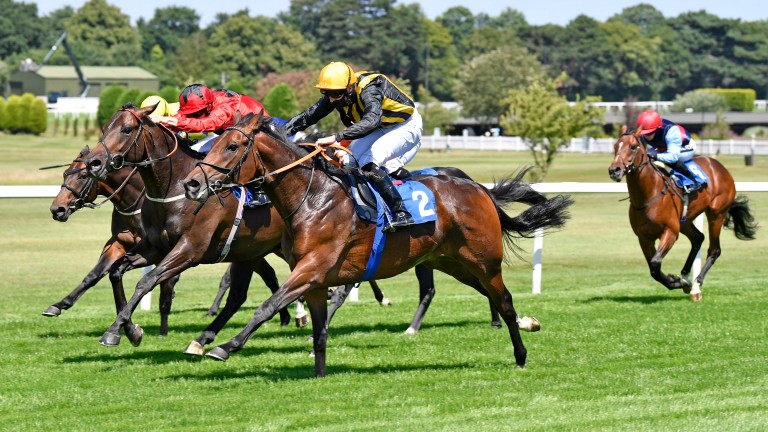 "We haven't a great draw again [stall one, far side] because he's a horse who I think wants a bit of cover but I think we can work that one out. I think he's got a huge future, a huge engine and it wouldn't surprise me to see him win."

A son of Garswood, Significantly takes after his sire in terms of his imposing frame, while Burke hopes he could follow in a bit of family history.

"I was talking to David Armstrong, who raced and bred Garswood," said Burke. "He said they felt Garswood was a certainty when he was third and fourth in his first two starts, before he broke his maiden in a Listed race. Hopefully his son can break his maiden in a Group race."

Kevin Ryan, trainer of Ben Macdui
The Molecomb Stakes is a race we've hit the crossbar in a few times. We like him a lot and he's come out of his debut win at Hamilton well. He seems to have sharpened up a lot for the run, although this is a step up for him. The track will be fine for him, it's similar to Hamilton as they run downhill and then uphill.

Aidan O'Brien, trainer of Chief Little Hawk
It has taken the juveniles a long time to get over Ascot but we do think Chief Little Hawk is coming back to himself and there was definite signs of that at Cork last time. We've been very happy with him of late.

Oisin Murphy, jockey for Night On Earth
He won well at Windsor but this is a big step up in class. It's a deep race and we don't know how good he is yet. There's a lot to fear including Kevin Ryan's Ben Macdui, while Michael O'Callaghan brings over Steel Bull and they're very unexposed.

Roger Varian, trainer of Sardinia Sunset
Sardinia Sunset was fourth in the Queen Mary before winning the Marygate at York and is a very tough and genuine filly with loads of speed. She's got a nice draw in stall eight and should run well.

Richard Spencer, trainer of Wings Of A Dove
She ran in a very good maiden at Newmarket and then went to Ascot, where the ground was too soft for her. We wanted to run in the Marygate at York and that was too soft but she then ran well in what I think was a hot race at Sandown, taking on the colts. The quicker the ground the better for her and, while it looks an open contest, we've won the race before with Rumble Inthejungle and I'm going there thinking she's got a very good chance. She's a very speedy filly and both the track and the drying conditions are definitely in our favour.