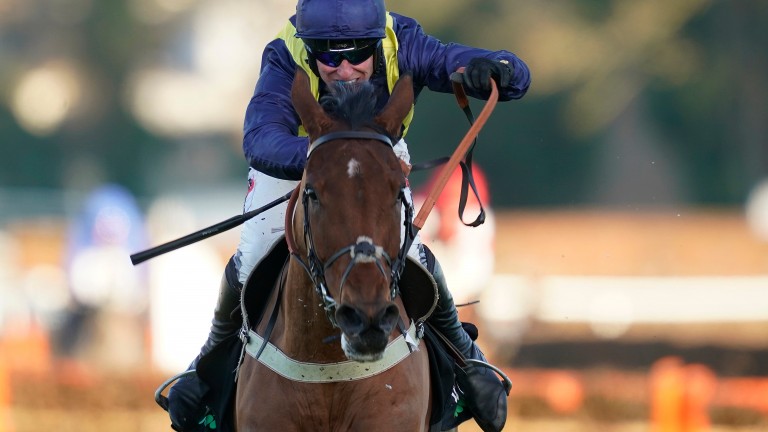 This Grade 2 promised a lot at the five-day stage when there were several juicy entries, but it has delivered little in terms of quantity, with only three runners making the final line-up.

Promising a lot and delivering little has become a theme for winners of this race in recent years, too. Black Hercules, who won this in 2016, went on to land the JLT at the Cheltenham Festival later that season, but didn’t win another race afterwards and ultimately disappointed.

The following year it was American who ran out an easy winner. He went on to score at Uttoxeter next time but was another who failed to win again after losing his novice status.

The 2018 winner Ms Parfois didn’t win another race and the same applies to last year’s winner Two For Gold. Only 2019 scorer Ok Corral has done anything significant since.

Fiddlerontheroof is already developing the profile of a horse who promises a lot but fails to deliver. It’s more than a year since he landed the Grade 1 Tolworth Hurdle at Sandown, achieving a Racing Post Rating of 152, and he has won only once in five starts since. He has also gone backwards judged on RPRs, with his best subsequent figure no higher than 150.

That still puts him 3lb clear of his nearest rival Next Destination at these weights and it looks a good opportunity for Fiddlerontheroof, so can he finally deliver on his enormous promise?

Punting intuition tells me he is more likely to continue to disappoint and Next Destination, who is another who has yet to deliver on his big potential, might prove the solid option.

Formerly with Willie Mullins and now in the care of Paul Nicholls, Next Destination’s failure to reach his full potential has little to do with him being disappointing and is more easily explained by his fragility. He has made it to the track only ten times at the age of nine.

Nevertheless, he has joined the best trainer of chasers in Britain and it looked like he was destined for the top when he landed a Grade 2 at Newbury on his chase debut in November. 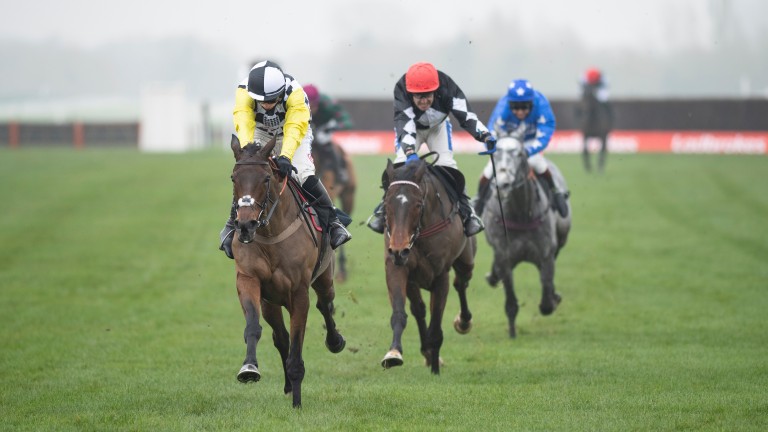 The acid test will be whether he can back it up but, on paper at least, he should be open to improvement and any progress would be enough to knock Fiddlerontheroof out of the way.

Golan Fortune completes the line-up and doesn’t have loads to find judging on his fourth in the Grade 1 Kauto Star at Kempton over Christmas.

As a contrast to the other two, he has proved something of an overachiever for trainer Phil Middleton and won’t need a second invitation should Fiddlerontheroof and Next Destination fail to live up to their billing again.
Race analysis by Graeme Rodway

Paul Nicholls, trainer of Next Destination
He won his Grade 2 nicely on his first start over fences at Newbury in November. He’s in good shape and has improved since. I’m very happy with him. He’s the one to beat.

Colin Tizzard, trainer of Fiddlerontheroof
It looks a nice race for him. We’re keen to step him up in trip as he’s been outpaced a couple of times at Ascot and Newbury this winter.

Phil Middleton, trainer of Golan Fortune
I'm going there believing he has a massive chance. He’s not that far behind Next Destination on official ratings so I don’t understand why he’s such a big price. Kielan [Woods] came down on Friday morning and popped him over a couple of fences and he was electric. He seems in better form now than he was before Kempton. If he runs a big race at Warwick and the handicapper nudges him up a few pounds he’ll be going for the Grand National.
Reporting by Richard Birch

FIRST PUBLISHED 6:00PM, JAN 15 2021
Fiddlerontheroof is already developing the profile of a horse who promises a lot but fails to deliver

'I think he's a huge price' - leading trainers on their Jersey contenders 'He's a horse we like a lot' - Roger Varian could hold key to big-field handicap Dream Of Dreams to dominate in bid to go one better? Graeme Rodway has his say 'He's very much on the up' - progressive sprinters clash on the Knavesmire Could Atalis Bay be the latest sprinter to take the Scurry en route to stardom?