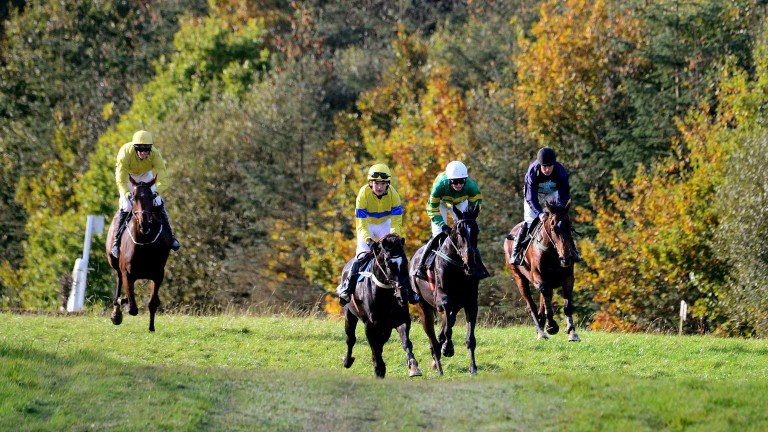 The Irish point-to-point scene became the latest casualty of the coronavirus crisis after the Irish Horseracing Regulatory Board announced on Friday that the season was being suspended indefinitely with immediate effect.

With track racing ongoing, the point-to-point fraternity had hoped to continue with similarly strict protocols regarding social distancing and hygiene. However, the greater difficulty in ensuring attendance restrictions would be adhered to on open sites prompted the regulator to cancel this weekend's scheduled fixtures.

Aintree’s Goffs UK point-to-point sale had already been cancelled, so the decision to discontinue point-to-points heaps further uncertainty on a sector dependent on trade.

Colin Bowe, one of the major operators whose produce include this year’s Cheltenham Festival winners Envoi Allen, Samcro and Ferny Holllow, fears the consequences of the development. 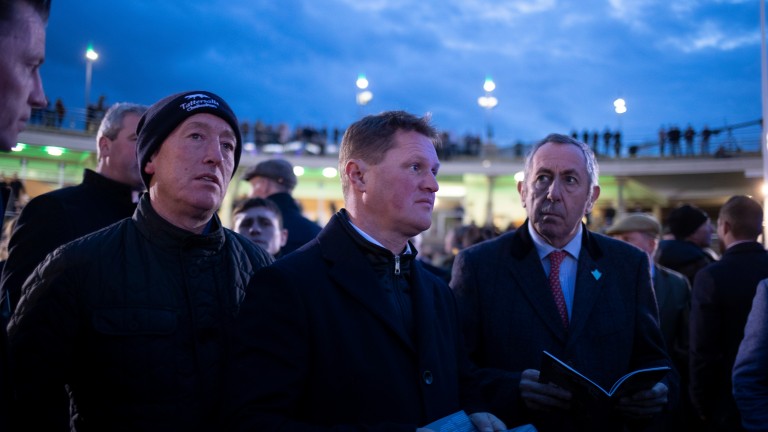 Colin Bowe (centre): " time as there’s been since World War II, that is some statement. We’re all in the same boat now and people’s health comes first"
Patrick McCann

“I’m not a doctor so I’m not going to comment on what’s right, but obviously it is going to have a massive knock-on effect,” Bowe said on Friday. “There are a lot of horses now still in the system that haven’t even got out yet, so there’ll be a shortage of finance and room in yards when the store sales come around."

He added: “It’s unfortunate we can’t race but when you see Nicky Henderson saying it’s as tough a time as there’s been since World War II, that is some statement. We’re all in the same boat now and people’s health comes first.”

In announcing the news, the IHRB, which pledged to "re-instate fixtures as soon as it is deemed safe to do so", pointed to the rise in confirmed Covid-19 cases in Ireland on Thursday, when 191 new diagnoses took the total figure to 557. On Friday, a further 126 cases brought the number to 683.

The statement read: “In this very challenging and evolving environment, with increased numbers of Covid-19 cases reported over the past 24 hours, the stewards of the Irish National Hunt Steeplechase Committee have come to the difficult decision to call off all point-to-point meetings planned for this weekend.

"Point-to-point meetings differ in many respects from racing on the track, not least in terms of the ability to enforce a “behind closed doors” policy."

Racing a welcome distraction and comfort in a rapidly changing world

FIRST PUBLISHED 7:31PM, MAR 20 2020
It’s unfortunate we can’t race but when you see Nicky Henderson saying it’s as tough a time as there’s been since World War II, that is some statement

What message does it send when Stephen Mahon can still work with racehorses? Samcro still has the Galway Plate lined up - and could wear headgear Darasso shows his class as Samcro flops in Listowel feature What's on this week: O'Brien chases Oaks glory at Cork plus Listed action galore This is all about Samcro - but will the one-time future megastar battle again? Trainer Stephen Mahon to lodge appeal against four-year ban over neglect issues