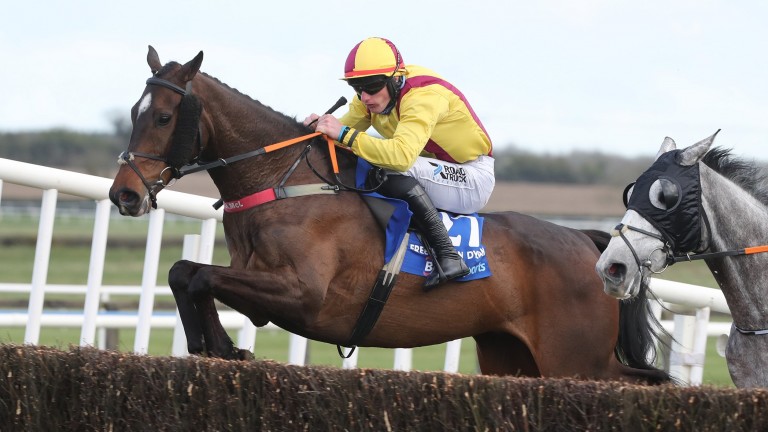 Freewheelin Dylan: will be aimed at the Midlands Grand National at Kilbeggan
CAROLINE NORRIS
1 of 1
By Brian Sheerin UPDATED 10:53AM, JUN 7 2021

Freewheelin Dylan, the horse who surprised everyone by landing a 150-1 suckerpunch to his BoyleSports Irish Grand National rivals, has returned to training with the Midlands Grand National at Kilbeggan the main aim.

The longest-priced winner in Irish National history, Freewheelin Dylan will be bidding to record back-to-back victories in the Kilbeggan showpiece on July 9 but will likely have the burden of carrying top weight.

The nine-year-old's form figures at Kilbeggan read 212711 and, while his trainer Dermot McLoughlin has one eye on the Grand National at Aintree in the spring, he is keen not to let the good weather pass him by.

McLoughlin explained: "We gave him a break after Punchestown and brought him back into training a week ago. He's a summer horse and he seems to like it around Kilbeggan so the plan would be to aim him back at the Midlands Grand National."

Freewheelin Dylan recorded an epic win in the Kilbeggan showpiece last summer, edging out Three Musketeers by a nose off 135, but is 11lb higher in the weights after his Fairyhouse heroics. 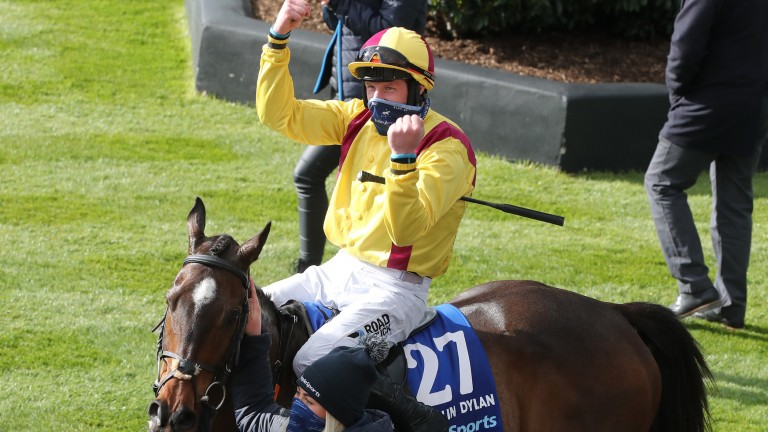 Nice ground and course form is enough not to perturb McLoughlin allowing his star performer to shoulder a mammoth weight at Kilbeggan and he has already mapped out what the winter months might entail.

McLoughlin said: "Options are thin on the ground and, given he loves Kilbeggan, you kind of have to go back there. He will have to carry top weight in the Midlands National but we could always claim off him.

"Galway wouldn't suit him so he won't go for the Plate so it will more than likely be Kilbeggan and then we could even aim him at some of the cross-country races before heading to the Aintree Grand National."

He added: "That is a while away yet but he could be an Aintree horse this season. That's what we're hoping he is anyway. I think he'll take to the cross-country discipline because he loves jumping.

"We haven't set anything in stone but the best thing about it is the owner [Sheila Mangan] works in the yard so we can have plenty of conversations about it."

What's on this week: Samcro out to continue resurgence and Listed races galore

FIRST PUBLISHED 10:45AM, JUN 7 2021
He could be an Aintree Grand National horse this season. That's what we're hoping he is anyway