Irish handicapper defends use of distance protocol after trainer's criticism 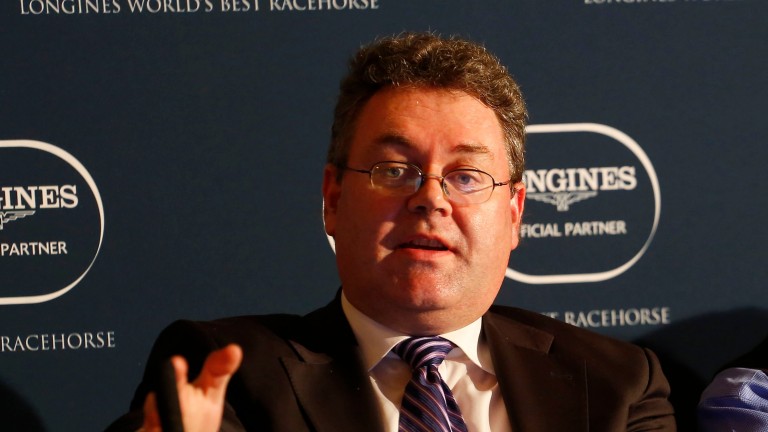 Garry O'Gorman: "I think if you were to stop trainers running a three-year-old over a staying distance on its first start of the season, it could be a dangerous road to go down"
1 of 1
By Brian Sheerin 6:18PM, JUN 27 2018

The Willie Mullins-trained Bronagh’s Belle, who had previously never raced beyond seven furlongs, ran out a decisive winner of a 1m5f handicap at Leopardstown last Thursday, despite the rules suggesting she shouldn't have been allowed to run.

The Irish rule book states the Flat handicapper has the power to “exclude a horse with a current handicap rating from a handicap where the distance of some or all of its qualifying runs for a handicap mark is considerably different from the distance of the proposed handicap”.

While McCann decided against an appeal, he admitted on Wednesday that the situation had left a bad taste in his mouth. 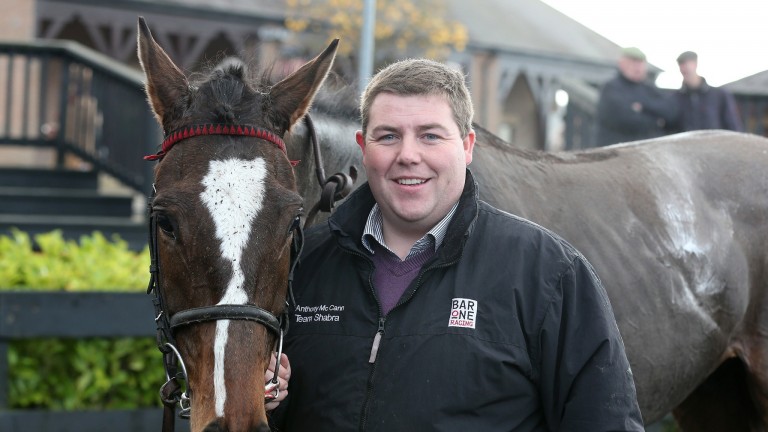 Anthony McCann: felt hard done by at Leopardstown last week
CAROLINE NORRIS
He said: “I’m still very disappointed about what has happened and, having spoken to plenty of people who know a lot about the distance protocol, they informed me that I had every reason to be a bit annoyed as Willie Mullins’ horse probably shouldn’t have been allowed to run in the race under the very rule the handicapper brought in.

“It’s very frustrating but I decided against appealing. I’ve put it in the past now but I do think something needs to be done about the rule as it’s not transparent enough as it is. It’s only a matter of time before something like this happens again.”

Bronagh’s Belle ran over six and seven furlongs as a two-year-old and raced off 64 in a 6f handicap last November.

At Leopardstown, the daughter of Derby winner High Chaparral competed and won over an extended distance off a rating of 59 – following the annual downward revision of the Flat ratings – all of which left McCann annoyed.

The distance protocol guidelines are at the handicapper’s discretion, and O’Gorman stated that, given Bronagh’s Belle's lack of opportunities to run over a longer trip as a two-year-old, it would have been unfair to bar her from running.

“There are a number of variable factors mentioned in the protocol," O'Gorman said. "Willie Mullins’ horse hadn’t run at three [before winning at Leopardstown] and she had been running over seven and six furlongs at two.

“With the exception of one race at Tipperary over nine furlongs, the furthest you can run over as a two-year-old is a mile in Ireland, and this horse had run over seven furlongs a couple of times.

“In practice, this rule is sparingly enough applied and is only used in instances where the trainer is trying to hoodwink the handicapper, whereby they are getting qualified over the wrong distances and then trying to run over a very different distance.”

He added: “It’s a matter of inference. This horse comes out at the end of June having her first run in 223 days and if you have a staying horse you’re looking to kick on with it.

“I think if you were to stop trainers running a three-year-old over a staying distance on its first start of the season, it could be a dangerous road to go down.

“If you want to bar Bronagh’s Belle from running in that race, there are hundreds of others who wouldn’t have been able to run this year on a similar basis.”

O’Gorman concluded there would be massive implications to the programme should strict guidelines be brought into place in relation to the distance protocol, as opposed to current practice allowing the handicapper to exercise his own discretion.

He said: “If we brought in a strict rule whereby, let’s say as a working rule of thumb, you couldn’t run over two and a half furlongs more or less, there would be a hell of a lot of exclusions if we had a hard and fast rule like that.

“That would require an entire revamp of the programme and I don’t think HRI [Horse Racing Ireland] would be terribly impressed.”

FIRST PUBLISHED 6:18PM, JUN 27 2018
There doesn’t seem to be any consistency to this rule and it doesn’t make a lot of sense