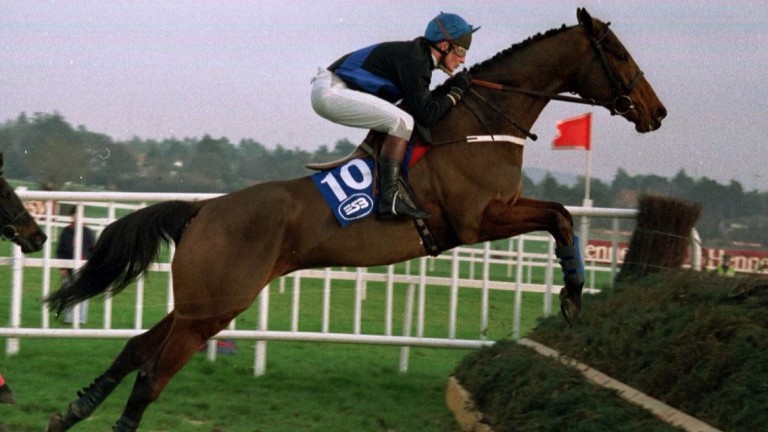 Flashing Steel, winner of the 1995 Irish Grand National in the colours of the former Taoiseach Charles Haughey, died yesterday at the age of 31.

Trained by Haughey's son-in-law, the late John Mulhern, Flashing Steel was a winner of 14 of his 33 starts under rules and two point-to-points. He also finished fourth to The Fellow in the 1994 Cheltenham Gold Cup and fell in the 1995 Gold Cup won by Master Oats prior to his Fairyhouse triumph.

A course specialist at Fairyhouse, winning six of nine starts, he also scored four times in ten races at Leopardstown but was denied a notable victory there when falling two fences out in the 1994 Hennessy Cognac Gold Cup when challenging the winner Jodami.

His Irish Grand National victory was a popular success, not only because of his owner's position as Taoiseach, but because Haughey had played a part in ensuring Fairyhouse remained open at a time when it was under threat of closure.

'Lofty', as Flashing Steel was nicknamed because of his height, lived out his retirement happily at Rathbride Stables on the Curragh in County Kildare, firstly in the care of Mulhern, and for the past five years under the wing of Willie and Amanda McCreery.

Eimear Mulhern, widow of Mulhern and daughter of Haughey, who died in 2006, yesterday paid tribute to the outstanding horse to carry her father's colours.

"Flashing Steel was a great horse, a wonderful jumper and a real pet," she said. "He meant so much to our whole family and we are eternally grateful to Amanda McCreery, who so lovingly cared for him in the last few years. He enjoyed a very long and happy retirement."