It's all about Iridessa: top-class filly secures third Group 1 in Matron 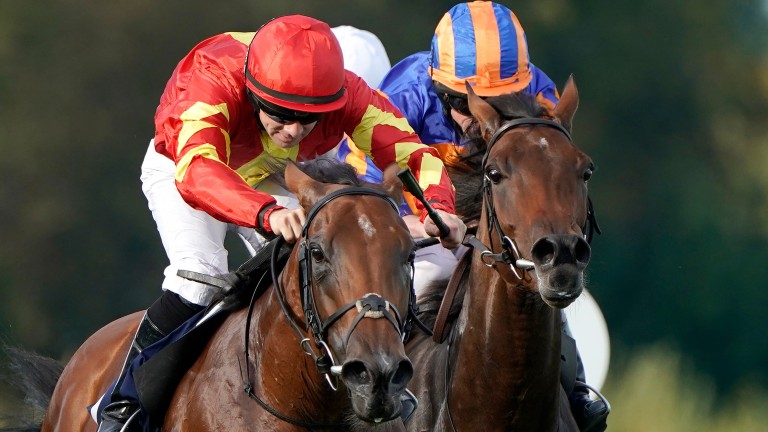 Just over an hour after his dad saddled the 1-2-3 in the Qipco Irish Champion Stakes, Joseph O'Brien prevented his father Aidan from dominating the other Group 1 on the day as Iridessa returned to her best to repel the Ballydoyle pair Hermosa and Just Wonderful.

Laurens is usually as reliable as Ben Stokes at the crease but, for once, she was left stumped. PJ McDonald revealed afterwards that the odds-on favourite was simply not herself and didn't quicken when asked.

This was all about Iridessa, who was providing her 26-year-old trainer with a sixth Group 1, and it was a 12th top-level success for jockey Wayne Lordan who has now guided Iridessa to all three of her Group 1 wins.

Last year's Fillies' Mile winner won the Pretty Polly earlier this season but was down half a mile in trip having bombed out in the Irish Oaks.

O'Brien said: "She's a very good mare when things fall right for her. Wayne [Lordan] gave her a great ride and she was the best filly on the day. She has a huge engine and I'm delighted for everyone.

"She's by a Derby winner but physically looks like more of a miler than a staying filly, but she seems really versatile distance-wise. I thought the Prix de L'Opera might be the right race for her next but we will have to see how she comes out of this first." 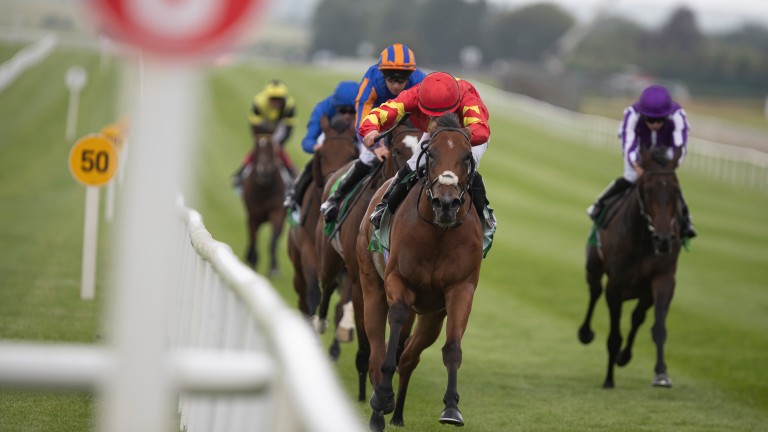 Betfair reacted to Iridessa's Matron success by cutting her into 5-1 (from 12-1) for next month's Sun Chariot Stakes at Newmarket.

Lordan has certainly cracked the code when it comes to Iridessa.

He said: "It's been an incredible year for me and this filly has been very, very good to me. Things just didn't happen for her last time but she felt very good on the way down to the start today and she was a different filly."

As for Laurens, sent off the even-money favourite, the man who knows her better than anyone reckons she was not herself at all.

McDonald said: "Usually when you give her a squeeze she will find a length or two on her rivals but she just didn't do that today for one reason or another. She just wasn't herself."

'I think I probably needed Valium this morning - Ascot with people is amazing' Ballydoyle battalions primed to give Aidan O'Brien a ninth Queen's Vase win Follow the market and you won't go far wrong with Ward's Royal Ascot juveniles Can Love buck the trends for a winning return? Graeme Rodway says it's a big ask The power of Love is set to be tested as Frankie's Lord seeks Royal Ascot repeat Second royal winner for Hollie Doyle on 33-1 chance Amtiyaz in Copper Horse