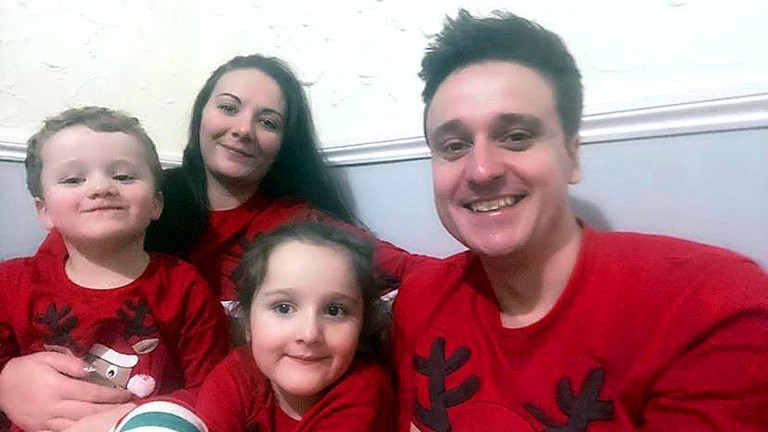 Children Riley and Sophia with parents Rachelle and Bobby Beevers
1 of 1
UPDATED 9:57PM, MAY 16 2021

Bobby Beevers became aware autism was part of his life when his daughter was diagnosed with the condition last year. What he only recently discovered is that autism has always been part of his life. Beevers now knows he is autistic. He believes racing has helped him and is sure it can help those many other people who are like him.

It is for that reason the racing broadcaster set in train a journey that has culminated in the BHA's launch of Autism in Racing, a collaborative industry-wide effort to use the sport as a vehicle for raising awareness of autism.

Around 700,000 individuals in the United Kingdom are estimated to have a diagnosis of autism, while one per cent of children are thought to be autistic. One of them is eight-year-old Sophia Beevers, whose father and mother, Rachelle, became concerned by aspects of their daughter's behaviour, including regular stimming, an uncontrollable trait associated with those on the autism spectrum.

Rachelle Beevers says: "I only met Bobby in 2011 but when I spoke to his mum and told her how much Sophia was running around, humming and flapping, she said Robert did it all the time.

"It made me think about a lot of his mannerisms. He has to have everyday things a certain way and in a certain order. He needs routines. He has to constantly ask me the same things. When he checks our front door is locked it's almost as though he is doing it to a musical beat. If that beat is broken he has to start again.

"I could also see it was hard for Bobby to maintain relationships. He knows what he needs and is happy to ask for those things, but if the roles are reversed it all becomes disconnected. It can take him a while to understand what you want from him. That means he can seem quite selfish, but you have to understand it's absolutely not his intention. The problem is he can't read other signals. There are no grey areas. It's black and white with Bobby."

In common with so many parents, the Sheffield-based Beevers family had to work hard to get Sophia accurately assessed. Rachelle, who has worked in nurseries with autistic children, flagged up her fears five years ago when Sophia was aged three. It was only once Sophia was diagnosed that Bobby began making the inquiries that resulted in his own diagnosis at the age of 35 last month.

"Bobby and Sophia are almost twins," says Rachelle. "Things have to be a certain way for her. We found if we took Sophia somewhere new it would create in her a level of anxiety. She always needs to know what to expect. Any time we go anywhere new requires so much preparation. She doesn't know how to regulate her emotions, that's the problem."

There is no magic cure for the problem, just as there is no cure for autism, but there is much that can be done to make things better. There needs to be. A study by the British Journal of Psychiatry has suggested people with autism die, on average, 16 years early, while only 16 per cent of adults with autism spectrum conditions are in full-time employment, despite 77 per cent of them wanting to work.

"Rachelle is really keen to make more things accessible to people with autism," says Bobby, a regular presence and voice on northern racecourses, including as a raceday presenter.

"It made me think there was a chance racing could step up to the mark and help. I decided I had to go to the top so I spoke to the BHA chair Annamarie Phelps. The conversation went really well. We talked about racing being everyone's sport and I think that could definitely be the case for people with autism."

Thanks to Beevers, his fellow supporters and funding from the Racing Foundation, there is now more chance of his wish being realised, particularly as Autism in Racing has been created in partnership with Arsenal Football Club, a recognised leader in the field.

From now onwards, all those who work in racing will be encouraged to take a new e-learning module – housed within the sport's Racing2Learn platform and written in collaboration with the Autism Education Trust – that has been designed to provide a sound foundation of knowledge about autism.

Autism in Racing will additionally have a home within the Racing Together website to share further educational content and news relating to the initiative, as part of which autism-friendly mobile sensory spaces will this year be piloted at a total of six fixtures at Doncaster, Haydock and Musselburgh. The rooms will enable families living with autism to enjoy a day's racing with safe, sensory stimulus provided by third-party provider Immersive.

"I'm delighted that, with this pilot programme in place, racing will be able to welcome families and individuals with autism to enjoy a day out at the races in a safe and supportive environment," says Phelps.

"It's our ambition to be a sport that is open and welcoming to everyone regardless of their background and any differences they may have.

"The mobile sensory room and the impact of the educational module will help open up racing to a new cohort of fans and extend our community. Enormous thanks are due to Bobby for his vision and hard work in bringing together expertise and enthusiasm to make this possible."

He says: "This initiative sees individuals from both horseracing and football collaborate to raise awareness of autism, provide educational opportunities to increase understanding and help families living with autism enjoy a day's racing.

"It is a brilliant example of how we can learn from other sports to make positive changes in racing. Our hope is that the pilot will assist the industry in making our sport accessible to everyone." 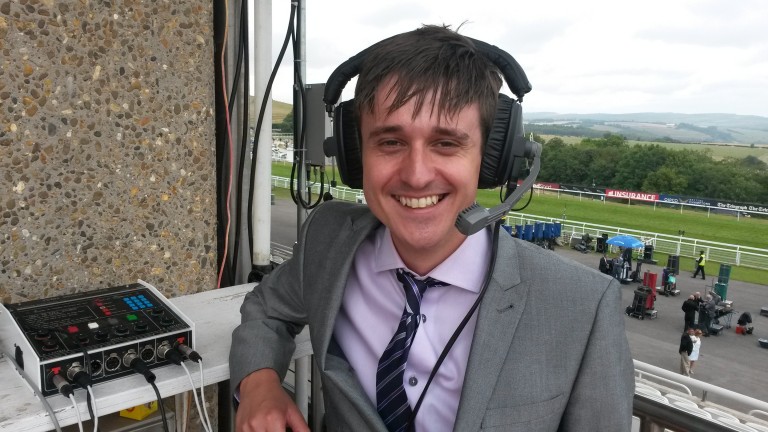 Bobby Beevers: "Had I been in an office job I would probably have been sacked because I can't focus on things that don't interest me"

That is very much the desire of the man who inspired the formation of a group that also features his fellow broadcasters Ed Chamberlin and Rishi Persad, Phelps, Arsenal's Luke Howard, the BHA's head of diversity and inclusion Rose Grissell, Racing Together's Lucy Gurney and Paul Swain from the Racecourse Association.

"Bobby is a very positive person," says Rachelle Beevers. "I have more worries for Sophia. We'll support her in anything she wants to do, but I really don't know what the future holds for her, and that can worry me. Will she be able to live independently? Will she go to college or university? Will she get a job? We just have to do the best we can."

She is doing just that, as is her husband, who has taken on this challenge with evangelical vigour.

"I'm very grateful to be working in racing," says Beevers. "The doctor said to me that finding something I love and am passionate about – by which he meant racing and broadcasting – has been a massive positive for me. Had I been in an office job I would probably have been sacked because I can't focus on things that don't interest me.

"My vision is that if someone with autism wants to work in racing and speaks about it in an interview, the interviewer could tell them that in this sport a proper support programme was already in place to offer any help that might be required. It would be brilliant if we could achieve that – and we will achieve that. It will happen."

Beevers adds: "I hope when people read this it won't end up costing me work. When I came into racing I knew nobody in the sport, but someone took a chance on me, I kept grafting and it paid off. I still have dreams and hope that one day they will come true.

"I would say to people with autism that they shouldn't let it hold them back. I want to remove any stigma that autism brings. We are people. We can't help being autistic. It's something I've got, it's something Sophia has got, and lots of other people have it as well. I want to be a role model and show what people can achieve."

'I'm terrified of the future, I may have to move abroad to do this job' – what next for pro punters?

The betting ring: punters v bookies – what life was really like inside John McCririck's jungle

The digital age: how Betfair created a new generation of punters – not all of them well-informed

FIRST PUBLISHED 9:00PM, MAY 16 2021
We talked about racing being everyone's sport and I think that could definitely be the case for people with autism