Which horse is 'a sharper, tighter model' for the Grand Prix de Saint-Cloud? 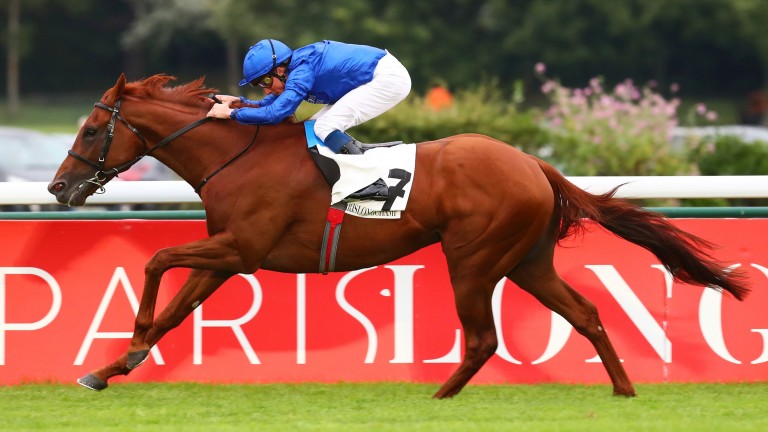 There is a time in late spring when the previous year's top horses emerge from winter quarters, often sweeping aside contemporaries who have been making hay in their absence.

The beginning of July might be considered late in the season to be worrying about such a phenomenon, but in the two market principals for the Grand Prix de Saint-Cloud, we are being asked to consider horses who enjoyed a fabulous 2021 but who are now late to the party in 2022.

In the case of Hurricane Lane, the seal has been broken with a comeback run 15 days ago in the Hardwicke Stakes, a race in which race-fitness found out the son of Frankel.

Hurricane Lane enjoyed a fully-loaded middle of the campaign in 2021 and on the basis of his Group 1 wins at the Curragh and Longchamp, the short turnaround is less of a concern than it might have been.

Charlie Appleby has the Arc as his main aim and has said this will be it until taking in a prep in the autumn, so it's likely the screws have been tightened considerably from Ascot.

Alpinista pulled off a Group 1 hat-trick against the boys in Germany last season, form which was given a huge boost when her Berlin victim Torquator Tasso ran down Tarnawa and Hurricane Lane to land the Arc.

She has been slow to bloom this summer and Sir Mark Prescott has missed a couple of engagements in the quest to give her the time she needs.

The question posed is whether she has the superiority to offset the long absence.

We can't know for sure how near 100 per cent either will be but, unlike the Group 1 winners emerging against inferior opposition in April or May, there are some serious rivals lining up.

On home turf and with a couple of recent runs to bring him to concert pitch, Mare Australis looks a big danger.

Trainer Andre Fabre has long thought the 2021 Prix Ganay winner would thrive at a mile and a half and he landed the Grand Prix de Chantilly in fine style on his first try. Bubble Gift was second and came from an unpromising position in a race run at a moderate clip and ran the last three furlongs faster than the winner.

High Definition has been sent here in preference to the Coral-Eclipse and, although he was unable to back up his excellent run in the Tattersalls Gold Cup when turned out quickly in the Coronation Cup, he's beginning to look like a horse ready to live up to the tall reputation he had at three.

'This race would be soon enough for her'

It has been 238 days since Alpinista was last seen, winning her third Group 1 of an unbeaten campaign in the Grosser Preis von Bayern.

She was meant to return at Epsom in the Coronation Cup but needed more time. If that is a concern, it is a race she also missed last year, when she was a non-runner due to a vet's certificate, and she reappeared this very weekend to land the Lancashire Oaks. 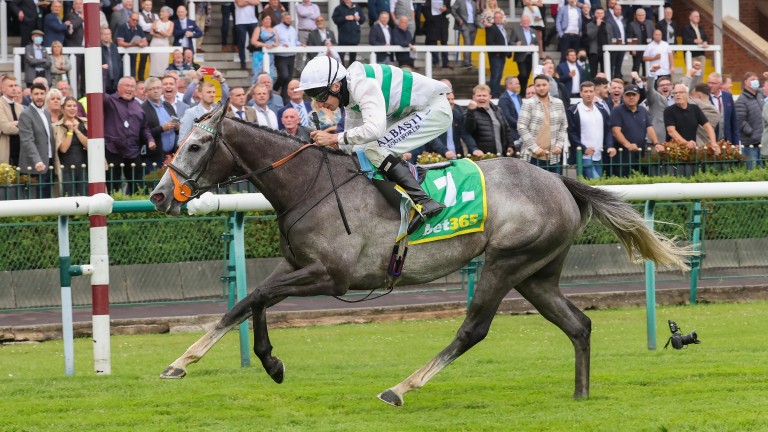 Perhaps more of a worry is her trainer Sir Mark Prescott's assertion he would have liked still more time if it were on offer.

"She's been very slow to come to hand and get her coat," he said. "This race would be soon enough for her but her work has been good, she looks well. I just wish there was a little bit longer.

"She had a wonderful time last year; she was unbeaten in five and won three Group 1s. It would have been an easier race to go to Haydock for the Lancashire Oaks, but she's done all of that and Miss Rausing quite rightly is keen to have a shot at the more glitzy Group 1s.

"That's what's she's been kept in training to do. She's lucky enough to have won three of them and her job now is to try and win one of the really smart ones."

Andre Fabre, trainer of Baratti and Mare Australis
Baratti had a little setback and he doesn't have the rating of those good horses, but it will be an interesting race for him. Mare Australis is a very good horse, though he has to find a little bit of improvement. I think at five he's really coming to himself.

Roger Varian, trainer of Third Realm
He's really come back to himself. He looked a good horse when winning the Lingfield Derby Trial last year with the Derby winner behind him. He was fifth at Epsom and, as it can do, it left its mark on him. Although he ran some solid races afterwards, I don't think he quite recaptured his form last year. He looked back to his best at Goodwood, albeit at Listed level, and he's trained beautifully since and looks on top of his game at home. We'd love there to be a bit of juice in the ground and, although it's a tough Group 1, we expect a bold performance.

Martyn Meade, trainer of Lone Eagle
He's had his prep run at Goodwood and he hadn't run for a while, so that did the job and I was perfectly happy with his efforts there. He's been prepared for this race. I think it suits him, and hopefully there will be a little cut in the ground. He goes into it pretty much his old self, so I'm very hopeful about it.

Charlie Appleby, trainer of Hurricane Lane
They've got a bit of rain forecast and the ground should be on the slower side of good, which is most certainly a positive for Hurricane Lane. He's certainly tightened up for the run [in the Hardwicke]. William [Buick] was very pleased with the way he travelled and then stayed on at the pace we all saw. What we've seen since he came out of the race is a sharper, tighter model. At 15 days some people might ask if we're giving him enough time between his runs, but it was always our plan to go to the Hardwicke and then follow up in the Grand Prix de Saint-Cloud. Last year he thrived on his racing and backing him up in the Grand Prix de Paris was probably his most impressive performance.

Aidan O'Brien, trainer of High Definition
We were happy with his run in the Coronation Cup last time and he seems to be in good form since then. That was over a mile and a half and he didn't look to be stopping, so hopefully this will suit him.

Mikel Delzangles, trainer of Bubble Gift
I don't know that he'll beat the favourite, it looks a good race. There is the Godolphin horse who is good, there is Mare Australis, who beat him last time and will be hard to beat. I think he will be closer tomorrow than he has ever been.

FIRST PUBLISHED 6:00PM, JUL 2 2022
She's lucky enough to have won three of them and her job now is to try and win one of the really smart ones

'Brilliant' Little Big Bear set to skip Nunthorpe as O'Brien sets next target Byrnes plots Cesarewitch raid with Haydock winner despite 'the worst' BHA rule Midweek field sizes hit again with another heatwave looming Watch: With The Moonlight makes it a super Saratoga weekend for Charlie Appleby What's on this week: Salisbury in spotlight before Group 1 action in France 'Expect better this time' - our tipster bids to build on last week's two winners