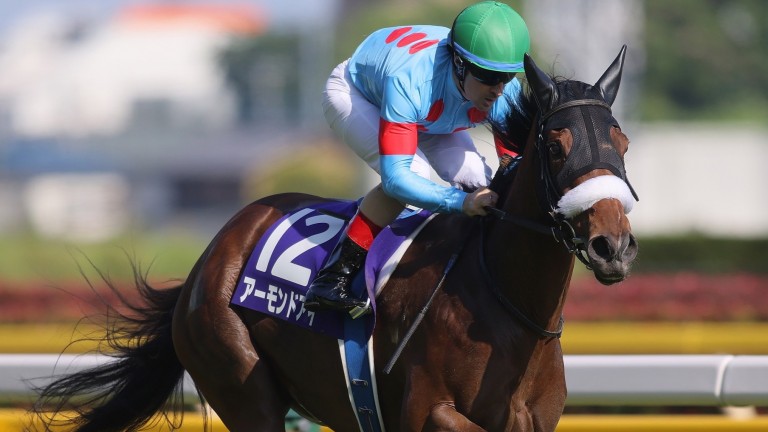 Almond Eye, who was officially rated the fourth best racemare in the world last year, made a highly impressive return to action in Tokyo on Sunday.

The top-notch five-year-old scored the seventh Group 1 win of her career in the Victoria Mile and did it in style.

Almond Eye had been forced to miss the Dubai Turf at Meydan in March as the meeting was cancelled because of the coronavirus and she had suffered a rare defeat on her most recent appearance, trailing home ninth in December.

But she set the record straight on Sunday, showing absolutely no sign of rustiness as she cruised home an easy winner under Christophe Lemaire, passing the post a comfortable four lengths clear of Sound Chiara and just 0.1sec outside the track record.

"There's nothing coming with her, daylight is going to run second," called commentator Murray Johnson. "Welcome back beautiful girl."

Lemaire said: "I think she's matured well, as she was relaxed from the paddock to the start of the race. I was able to position her in good position behind Sound Chiara and race her in her own rhythm without getting any pressure from the outside.

"She felt good during the race and displayed her powerful strides at the end. She's a legend horse and will surely win more Group 1 races going forward."

Almond Eye, who won the Japanese Fillies' Triple Crown and the Japan Cup in 2018, has now won eight of her ten career starts and earned over £9million.