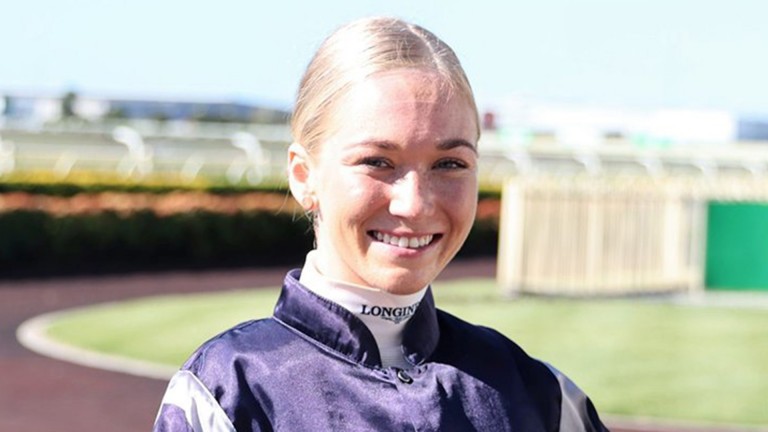 Popular apprentice Leah Kilner was in an induced coma last night after having undergone brain surgery following a fall at Grafton racecourse, south of Brisbane in New South Wales, on Sunday.

The 24-year-old was on board the Owen Glue-trained newcomer Stella’s Turn in the third race on the card when she was dislodged from her mount after the filly, who was racing towards the rear of the field at the time, stumbled about 75 metres from the finish.

Kilner was attended to by medics on the track before being airlifted to Princess Alexandra Hospital in Brisbane where, according to reports, she underwent surgery around 6pm to release pressure to her brain.

The daughter of Grafton-based trainer Greg Kilner is based in Brisbane with leading trainer Robert Heathcote, who last night described her condition as “very grave.”

“She is a very sick young girl and she is in a coma since the fall,” Heathcote said in a statement.

“She is currently having surgery to release the pressure on her brain.

“It is a very grave situation and we should all pray for her to come through this.

“Leah is the most beautiful young lady I have met in racing so we need to pray for her recovery."

Kilner has ridden 204 winners, 40 of them at metropolitan level, from 1,735 rides since starting her competitive career in December 2017.

She had only recently returned to the saddle following a stint on the sidelines after fracturing and displacing a rib at the Doomben trials in February.

FIRST PUBLISHED 4:57PM, JUL 3 2022
It is a very grave situation and we should all pray for her to come through this