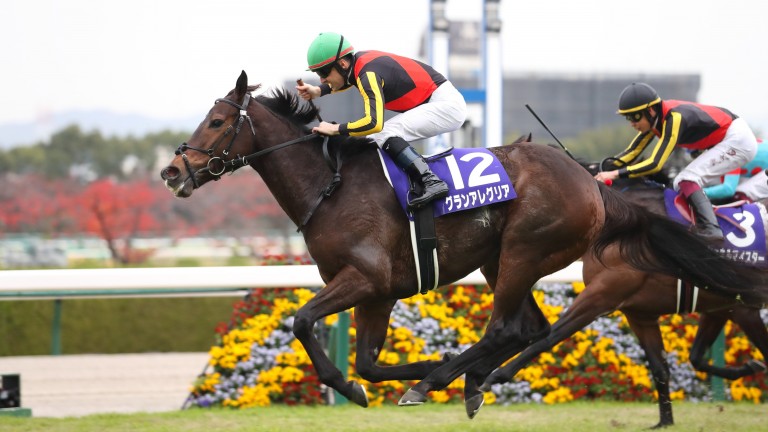 Gran Alegria cemented her name in Japanese racing history as she finished her career with an emphatic success in the Mile Championship at Hanshin on Sunday.

The five-year-old mare is set to be retired but produced a sensational farewell performance in defending Japan's marquee mile contest. She becomes only the fifth to do so and first since Daiwa Major in 2007.

Christophe Lemaire positioned the daughter of Deep Impact towards the rear and had to angle her widest to deliver his challenge, yet she once again produced a fierce burst of acceleration to snatch the lead as they hit the line.

It was Gran Alegria's sixth win at the top level and a significant improvement from her most recent two placed efforts. In June, she was upset by outsider Danon Kingly in the Yasuda Kinen before finishing third in the Tenno Sho.

Her trainer Kazuo Fujisawa is also due to retire at the end of the season but was able to extend his record-setting tally in the race to six wins. Gran Alegria is only the second to win in consecutive years for Fujisawa, with Taiki Shuttle completing the feat in 1998.

Lemaire, riding his 1,500th Japanese winner, said: “I'm relieved and happy. The most important mission for me in the last run of her career was to bring out the best performance, her true form and she did just that.

"We were positioned a little further back but it didn’t worry me too much and she has this really good finishing speed at the stretch, like she showed today. 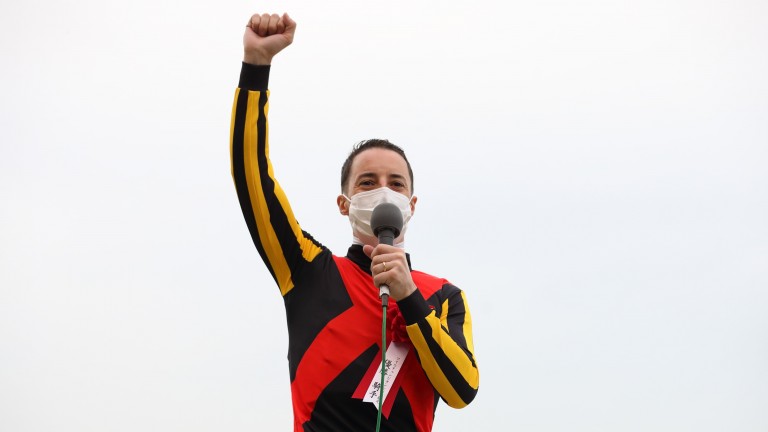 Christophe Lemaire: delighted to be able to partner Gran Alegria to a send-off victory
Masakazu Takahashi

"She’s been a special horse since she was a two-year-old, winning all those big races and today she showed us again that she’s different class. I will miss her.”

He added: "Maybe this was the last chance of a Grade 1 winner for the trainer before his retirement, so I am happy to win for him too."

Fujisawa said: "I am relieved she finished her career safely. With a mare's last race, I always pray the result is a safe ending. She was quiet, not like in her younger days, so I was relieved.

"I worried about her position in the race but just grateful she ran well. I'm looking forward to Gran Alegria being a wonderful mother."

Leading three-year-old Schnell Meister, a German-bred son of Kingman, stayed on best to give owners Sunday Racing Co Ltd a 1-2 in the race. He was viewed as the biggest threat to Gran Alegria having won the prestigious NHK Mile Cup in May.

He was beaten three-quarters of a length, with Danon The Kid back in third.

Takeshi Yokoyama, the rider of Schnell Meister, said: "Today I was able to start well, unlike in the Yasuda Kinen [when third]. I wanted to get the outside stall but this is horseracing. Today, the enemy was too strong."

Elsewhere, the three European challengers for next Sunday's Japan Cup arrived in Tokyo over the weekend. Aidan O'Brien will be doubly represented with Broome and Japan, second and fourth in the Breeders' Cup Turf at the start of the month.

What's in a name? Japan and Broome set out from Ballydoyle for Japan Cup mission