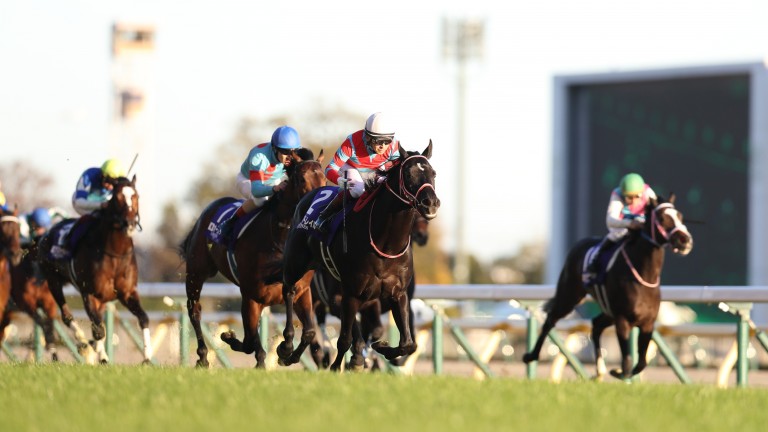 Contrail signed off his racing career with a famous victory in the Japan Cup at Tokyo on Sunday, with Aidan O'Brien's runners Japan and Broome finishing eighth and 11th in the 18-strong field.

It was confirmed the Yoshito Yahagi-trained winner will stand at Shadai Stallion Station following his dazzling two-length success in his country's biggest race, for which first prize alone is more than £2 million.

Yuichi Fukunaga kept the four-year-old son of Deep Impact in a handy position throughout and the odds-on favourite delivered a rapid burst of speed when asked in the home straight, swooping past Authority in the final furlong. Second favourite Shahryar finished third.

This was an eighth victory on his 11th and final start and a fifth success at Grade 1 level for Contrail, who went one better than when runner-up to the great Almond Eye in last year's Japan Cup. He had been a beaten favourite on his two previous starts this campaign.

Yahagi said: "I have mixed feelings of relief and lonesomeness. It worried me a bit that the pace was slow and he wasn’t in that good a position, but we had tuned him up to perfection and the colt gave us all he had in the straight.

"I have to admit I was under a lot of pressure during the two years he was at my stable, but I think it has helped me in becoming more mature and I can’t thank him enough.

"Wouldn’t it be wonderful to win the Arc with an offspring of his some day?"

Winning jockey Fukunaga added: "He had issues before his debut, so there were always concerns about his form, but I'm so proud of how he proved himself today – I’m overwhelmed.

"He broke well and everything went perfectly. He has given me every jockey’s dream and I'm utterly grateful. He shone a bright light over a gloomy year due to the pandemic last season.

"I'm relieved that we can send him off to his next career with this victory."

Dual Group 1 winner Japan is also set to be retired, in his case to Gestut Etzean, after being beaten six lengths in eighth under Yutaka Take, while the Ryan Moore-ridden Broome was three places and two and a half lengths further back.

O'Brien's travelling head lad Pat Keating said: "The track may have been a bit too fast for Japan. He was able to secure a good spot but wasn’t able to keep up with the pace. Broome missed the break and that cost him."

Grand Glory, the other European challenger, finished a creditable fifth for trainer Gianluca Bietolini and jockey Cristian Demuro, earning more than £200,000 for her effort.

The Group 1-winning mare is due to be sold at the Arqana Breeding Stock Sale on Saturday.

FIRST PUBLISHED 9:43AM, NOV 28 2021
I have to admit I was under a lot of pressure during the two years he was at my stable, but I think it has helped me in becoming more mature