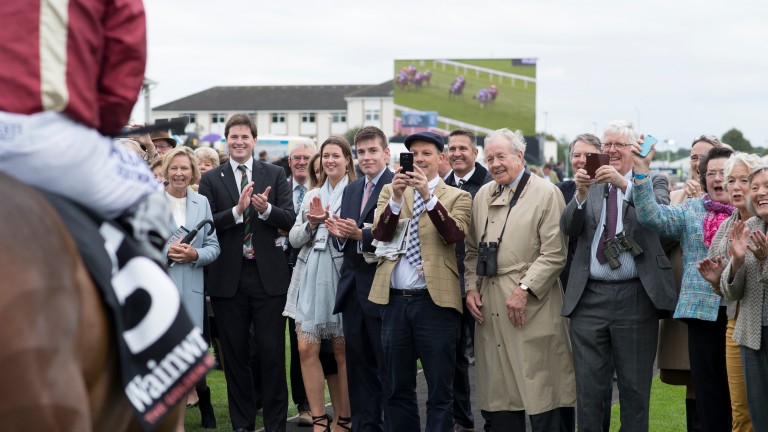 Australia will stage the world's most expensive race for syndicate-owned horses from next year
Edward Whitaker
1 of 1
By Racing.com UPDATED 12:07PM, JAN 9 2022

A new race restricted to horses owned by syndicates will be run from next year on the lucrative Magic Millions raceday in Australia.

The A$1 million (£792,570/€948,050) Magic Millions The Syndicate, which will be run over six furlongs at the Gold Coast Turf Club, Queensland, for three-year-olds and above, will begin in 2023 and to secure a starting position horses must be owned by a minimum of 20 individual owners or syndicate members from its debut.

The Syndicate is one of two new races to be staged on next year's Magic Millions card, along with the world's most valuable two-year-old maiden, The Debut, which will be worth A$500,000 and staged over four and a half furlongs.

"Syndicators across Australia provide an integral pathway to making racing accessible and The Syndicate will enable those large ownership groups to come together and experience one of the biggest and best racedays in the world.

"These new races will be enormously exciting and just think of the anticipation of having your horse race for half a million dollars on its first race start in The Debut. This isn't happening anywhere else in the world."

The launch of the two new races and an increase in prize-money of A$1.5m means the 2023 edition of Magic Millions Raceday will offer eight races worth at least A$1m on a ten-race card, with only the Dubai World Cup and day two of the Breeders' Cup offering more with nine.