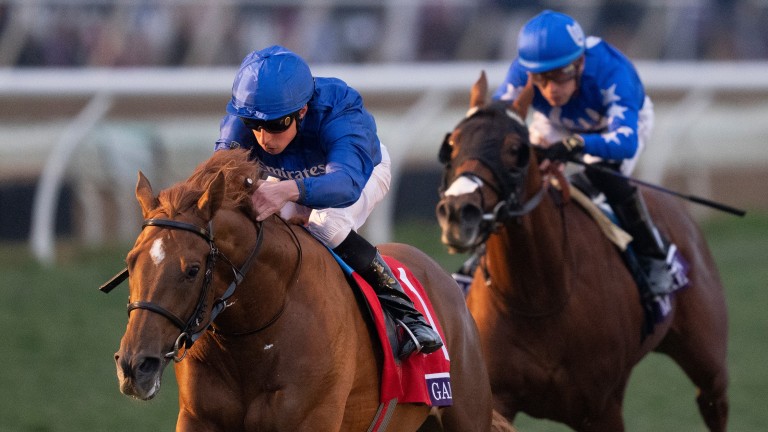 The received wisdom that the Poule d'Essai des Poulains, the de facto French 2,000 Guineas, is a draw race stands up to scrutiny.

Across the seven runnings held at Longchamp over the last ten years, if you had picked out a horse at random you would have had about a 5-2 chance of that horse making the first four. Had you been offered only those drawn in stall six or lower, the odds would tumble down to 11-8.

The main reason for this can be easily demonstrated. Over a mile of Longchamp's Grande course, runners spend more than three furlongs on the long, sweeping turn that brings them towards the false straight. When almost two-fifths of a race is spent on the turn, you do not want to be wide. To compound matters, those posted out wide only have a bit more than a furlong to put things right before the field starts to turn.

It is good news for favourite Modern Games, who has been drawn in stall four of 16. He took off last autumn, culminating in a stylish win in the Breeders' Cup Juvenile Turf. Beating up American turf horses is one thing, coming back for a European Classic will be harder, but his post position and straightforward tactics put a lot of factors in Modern Games's favour. 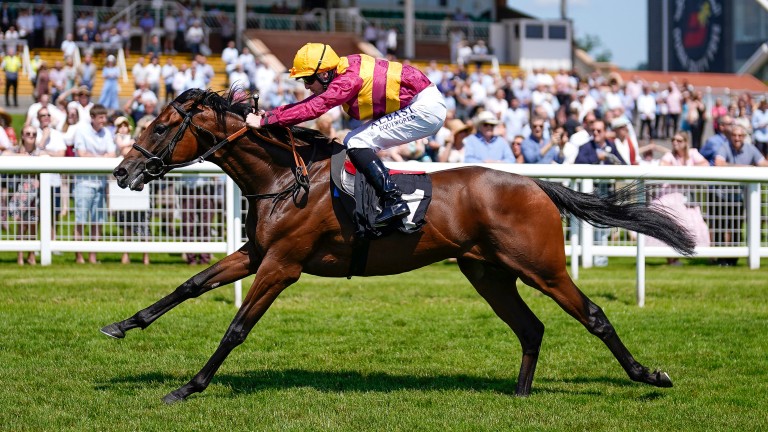 Racing Post Ratings suggest that Bayside Boy's third-placed finish in the Dewhurst, two and a half lengths behind Native Trail, is a performance of equal standard to what Modern Games did at Del Mar. The disparity in their prices at the time of writing is down mostly to the draw. Bayside Boy is in 14, so Olivier Peslier will have to use all of his guile to get an advantageous position.

Most of the home challengers have prepped on the racecourse, as is the done thing in France. The Prix de Fontainebleau over this course and distance is one of the major trials – winners Brametot and Persian King have followed up in this race in the last five years – and it was won this year by Welwal. He took that race like he had a little more up his sleeve, but winning standards over the last ten years suggest he needs to improve by around 10lb.

It is also notable that Cristian Demuro has chosen to ride Lassaut instead. The latter has not run in a Pattern race yet, but his latest win on his third start came in a conditions race against plenty of promising sorts. He still showed signs of greenness but made up ground extremely easily and looked well on top. The vote of confidence from his rider and favourable draw in stall three make him a fascinating contender.
Race analysis by Keith Melrose

'I've been looking forward to this for weeks'

Jane Chapple-Hyam enjoyed a Group 1 breakthrough with Saffron Beach at the end of last season and now takes aim at a first Classic winner with the unexposed Claymore.

The son of New Bay cost just £10,000 when bought as a two-year-old but has developed into a classy colt, winning stylishly on his debut and chasing home last season's champion juvenile Native Trail in the Craven last month.

Connections opted for Longchamp over Newmarket and almost everything is in his favour here, except for a "shocking" draw. He comes out of the widest berth in 16 and only Lope De Vega (2010) has overcome a similar draw this century. 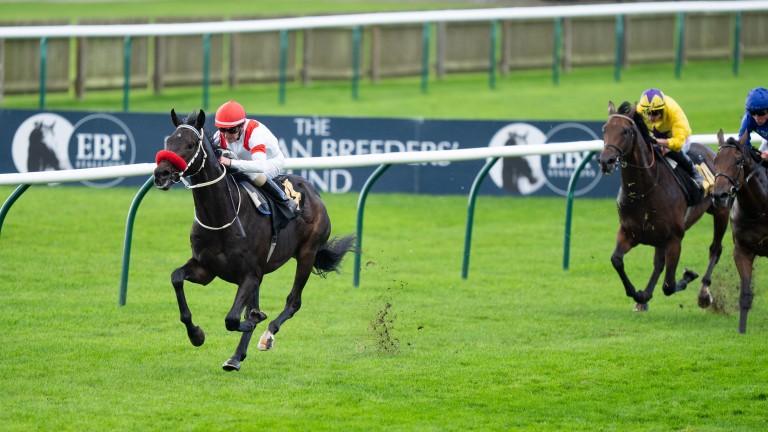 "He's in very good order and has travelled well over there," the Newmarket trainer said. "We're really pleased with him and everything's good but we've just got to overcome a shocking draw.

"What will be will be, Adam [Kirby] is an extremely good horseman so we'll leave it to him. I'm looking forward to it, as I have been for the last few weeks, it's just a shame we aren't a bit lower."

In contrast to Chapple-Hyam, Andre Fabre is seeking a tenth victory in the colts' Classic. He saddles Godolphin's Tribalist and has called upon Tom Marquand to partner Ancient Rome.

Fabre said: "I've been able to train Ancient Rome more aggressively and he looks more athletic now. I always thought he'd be better over a bit further. That said, he’s good enough to get placed.

"Tribalist seems to have progressed in his work and he’s in very good condition. Is he good enough? That’s the question we’ll answer."

Jean-Claude Rouget, trainer of Welwal and Lassaut
They're in good form, they won their trials well and Cristian [Demuro] had a difficult choice to make.

Elias Mikhalides, trainer of Scherzo
He blends natural speed with stamina. The last race he won in Qatar was over nine furlongs. After this he could head to the  Prix du Jockey-Club but it'll depend on his performance.

Henri-Francois Devin, trainer of Texas
Texas has improved since the Prix de Fontainebleau. If he wasn't really ready, he certainly is now. He never ceases to surprise me.

Didier Guillemin, trainer of Making Moovies
He remains in good form and hasn’t done a great deal since the Fontainebleau. I still think there’s a bit more improvement to come.

Charlie Appleby, trainer of Modern Games
Modern Games has done well from two to three and I can’t fault his preparation – he's done everything we've asked of him. We're very happy with his draw in stall four and there should be no excuses.

Aidan O'Brien, trainer of The Acropolis
We really liked him last season but we couldn’t get him to click and he always worked better than he was showing on the track. It was great to see him run so well at Leopardstown. He’s a powerful horse and should come on from that.

Richard Chotard, trainer of Rock Boy
The plan hadn’t been to run in the Djebel and to go for a conditions race and then the Prix Fontainebleau, but he had a tiny hold-up in March. He has won over the trip and the fact that he's run only on soft or heavy ground is not by choice, he has a good action so I don’t expect that to be an issue.
Race reporting by James Stevens

2.15: 'She's taken it all in her stride' - Cachet primed for rare Guineas double bid

FIRST PUBLISHED 4:00PM, MAY 14 2022
He's done well from two to three and I can’t fault his preparation – he's done everything we've asked of him

Charlie Appleby on plans for his top stars after ruling Adayar out of Epsom 'Ancient Rome ran a race full of promise with a view to the French Derby' 'You'd have to have a crack' - French Derby next for Godolphin star Modern Games Mosse magic on Mangoustine as Cachet is narrowly denied 1,000 Guineas double Who are the leading contenders for the French 1,000 and 2,000 Guineas? 'She's taken it all in her stride' - Cachet primed for rare Guineas double bid