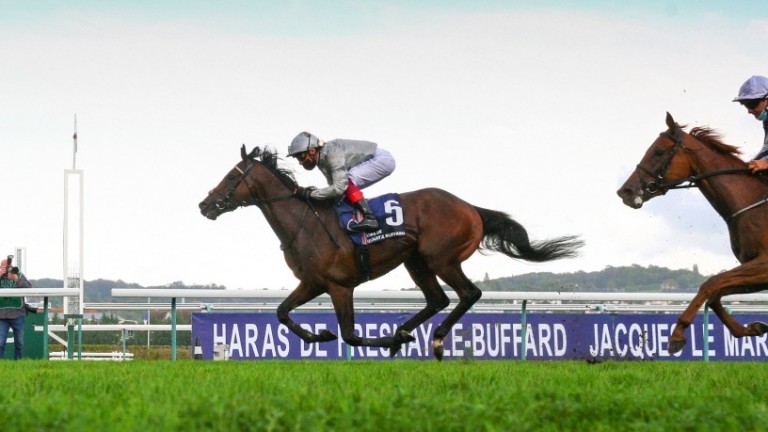 Three Racing Post experts give their views on which race Palace Pier should contest on Qipco British Champions Day – the Champion Stakes or QEII?

'Odd move to go up in trip if ground is soft'

If the ground came up on the soft side at Ascot, as seems likely, it would seem an odd move to step Palace Pier up in trip. He would clearly seem to have the edge on Poetic Flare on ground with an ease over a mile, principally as the latter just doesn't handle it as well as Palace Pier does.

On good ground or quicker, that could be a different story as he shows definite signs of being able to stay a bit further. It's not a straightforward question and ground at Ascot is likely to be the determining factor.
Justin O'Hanlon, reporter

Palace Pier will probably stay 1m2f, but he’s far less likely to if the ground comes up bottomless, which is normally the case at Ascot in mid-October.

He’s already won five Group 1s at a mile – Frankie Dettori hails him as the best he’s ridden at that trip – so it would considerably enhance his stallion appeal if he could prove himself effective at the longer trip.

The temptation must be strong, but Ascot provides a notably stiff test, even on a fast surface. The Qipco Champion Stakes probably isn’t the right race or the right time to try it.
Richard Birch, tipster

'I really do think he would stay'

Given his style of racing, I would love Palace Pier to have a crack at the Champion Stakes. There is something so exciting about a miler stepping up to ten furlongs for the first time, and he appears to have all the necessary ingredients to be very tasty over the trip.

He relaxes so well in his races and keeps plenty to himself. He has turned into a real pro.

The stable's Mishriff is second-favourite for the Champion Stakes at the moment, but you would like to think Palace Pier might have more acceleration than him over the trip, and I really do think he would stay.
David Jennings, deputy Ireland editor

FIRST PUBLISHED 4:46PM, AUG 15 2021
It would considerably enhance his stallion appeal if he could prove himself effective at the longer trip