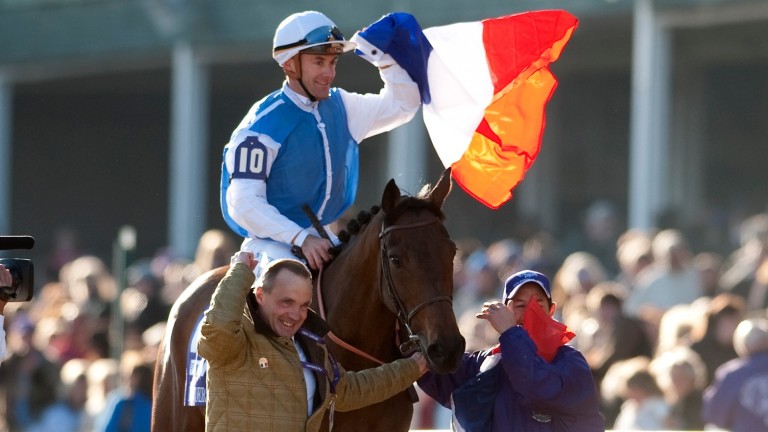 Never a year goes by when France doesn't produce at least one hero or heroine to enchant and beguile the racing world. Since my own arrival here in April 2011, I have been fortunate enough to cover the end of the Goldikova era, the reign of Queen Treve and the irresistible rise of Jean-Claude Rouget last season.

2017 promises to be a particularly fine vintage and hopefully here you will find plenty to interest and provoke each week. Come on in, la mer is warm.

Ten things to look out for this year 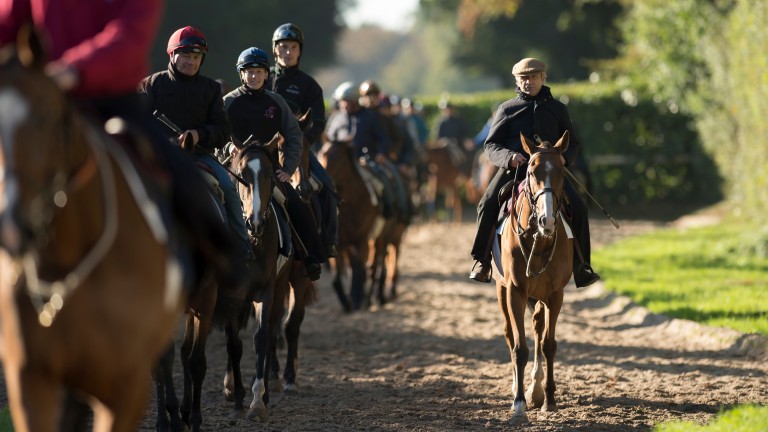 Andre Fabre returns with his string after exercise on Les Aigles, the gallops at Chantilly
Edward Whitaker

It might be easy to think that having been unceremoniously usurped by Jean-Claude Rouget as champion trainer in 2016, Andre Fabre can just will his stable back to pre-eminence. But make no mistake, at this early stage he looks to have an exceptional crop of three-year-olds, headlined by Guineas plunge horse Al Wukair.

Derby entry Akihiro worked before racing at Maisons-Laffitte on Monday and might also be Newmarket-bound for a potential clash with Cracksman at next week's Craven Meeting.

Fabre's was not the only yard to suffer in 2016, both from virus and being overmatched by Rouget's miracle generation. Plenty of trainers have a host of untapped three-year-old potential waiting to burst forward.

Criquette Head-Maarek and Carlos Laffon-Parias both suffered from sickness, while Alain de Royer-Dupre is a master of the pressure-cooker timing involved in winning Group 1s at three with horses who didn't see the track at two. 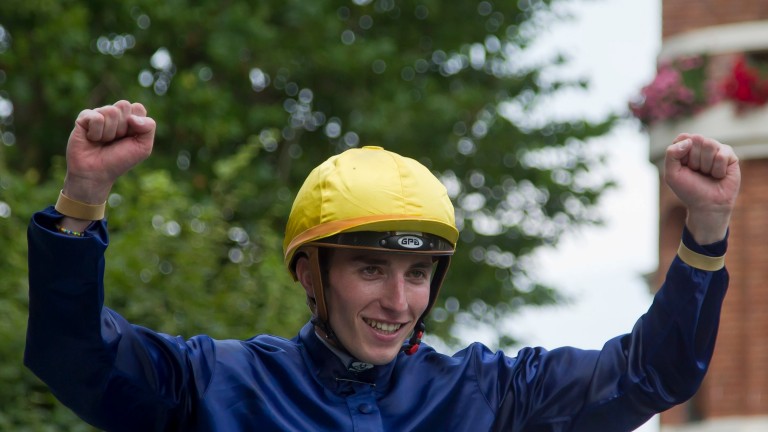 Pierre-Charles Boudot made headlines around the world when riding an astonishing 300 winners in France last year and the man whose record he shattered has shown no intention of letting the new mark stand for long.

Soumillon is attacking the day-to-day task of accumulating winners with zest – reaching 71 for the calendar year already – while his poise on the biggest days looks as assured as ever, judged by his efforts on Vazirabad and Thunder Snow in Dubai last month.

The Aga Khan's number two, Alexis Badel, has long been recognised as a brilliant judge of pace and has benefited from a fine spell in Hong Kong over the winter.

Aurelien Lemaitre arguably has the finest coach of all in Freddy Head and can look forward to greater opportunities following the retirement of Thierry Jarnet.

And with the arrival of the 2kg allowance for women, Pauline Dominois has joined the fold with Andre Fabre. It will be fascinating to track her progress.

Gold Luck is the last off the production line that has produced Galikova, Anodin and of course the brilliant Goldikova.

Her win in the Prix Vanteaux on Sunday raised plenty of cheer for Freddie Head and her owner-breeders, Alain and Gerard Wertheimer.

But Goldikova's influence could be even bigger in the shape of her daughter by Galileo, Terrakova. An impressive winner of her only start at two, her return to action appears imminent, either at Chantilly on Sunday or Maisons-Laffitte next Tuesday.

6 French Guineas by the sea and weekend delights 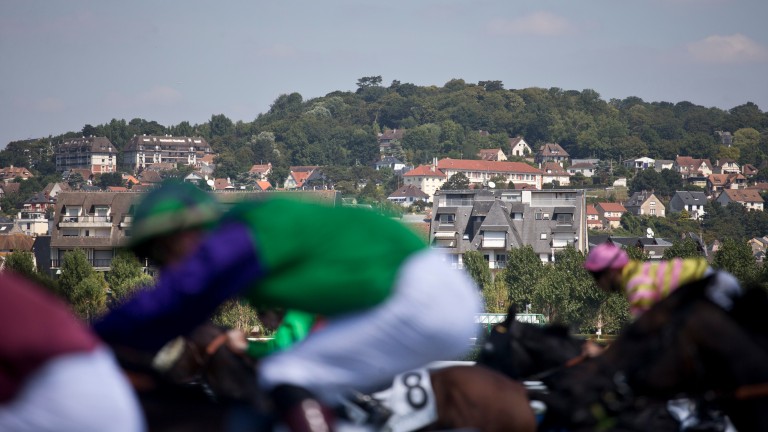 While Longchamp is now really beginning to take shape, the Poules d'Essai will once again be run on the straight mile at Deauville over the weekend of May 13-14.

The Normandy resort's unique atmosphere made for a great weekend's sport in 2016 and produced fine Classic performances from La Cressonniere and The Gurkha.

France Galop has also committed more of its Group racing to weekends in the 2017 calendar, including a new two-day festival at Chantilly on June 17-18.

7 The rise of the Jockey Club

While the Derby will always be the Derby, the Prix du Jockey Club has begun to feel more comfortable in its own skin over 1m2½f in recent editions.

Almanzor emerged from the race to be Europe's champion three-year-old colt in 2016, following on from recent top-class winners in Intello, The Grey Gatsby and New Bay.

I lost count of the number of conversations I had with regular Arc pilgrims who decided to give 2016 a miss because they believed that moving the race to much smaller and more remote Chantilly would be a logistical nightmare.

Such fears were completely unfounded and the town and the racecourse richly deserve a second "boutique" Arc even as the finishing touches are applied to Longchamp. Be there.

9 Almanzor, La Cressonniere and the gang

Saving the best until nearly last, Jean-Claude Rouget welcomes back almost the entire cast list from his smash hit 2016 as four-year-olds.

The need to keep them apart as much as is practicable means there will be plenty of chances to see them in Britain and Ireland, with Almanzor, Qemah and Zelzal all penciled in for Royal Ascot.

Racing fans in Britain and Ireland are seasonal creatures but the Paris-centred nature of racing here means that jumping and the Flat co-exist in the calendar.

James Reveley will be setting out to defend his title in the Grand Steeple-Chase de Paris on So French come May 21, and expect Willie Mullins to be back chasing the French Champion Hurdle on June 11, a Sunday that is sandwiched in between the Jockey Club and the Diane.

FIRST PUBLISHED 6:00PM, APR 11 2017
An impressive winner of her only start at two, her return to action appears imminent, either at Chantilly on Sunday or Maisons-Laffitte next Tuesday