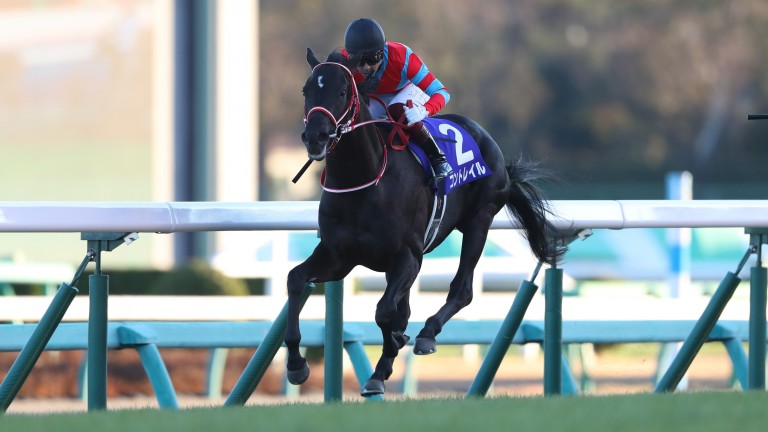 Contrail looked a monster at two and could become one of the stars of the Japanese spring
Masakazu Takahashi
1 of 1
By Scott Burton UPDATED 6:18PM, MAR 28 2020

Unlike many other major northern hemisphere racing and breeding nations, Japan has thus far been able to keep its Graded race programme intact in the face of the coronavirus pandemic.

With the sport continuing minus its passionate on-course chorus of fans, venues such as Tokyo, Hanshin and Nakayama will have an eerie feel to them, though vitally for both betting turnover and the programme, the show goes on.

Audience-less horse racing brings out sounds that are different from the usual; as exciting as the races were, it was painfully clear we were missing a very important sound.

We look forward to the day the sound of your cheerful voices will return to Hanshin racecourse!#jra pic.twitter.com/4UOz61e2eC

"No one has experienced the races without crowds before," says Nobu Furuta, general manager of the Japan Racing Association's London office. "It has given all the connections very weird feelings and every single horsemen misses the cheers and roars from the crowd.

"It makes us understand even more strongly that the presence of racing fans is what makes 'our racing'."

With the battle against the spread of infections ongoing, Furuta is not taking for granted racing can continue behind closed doors in Japan but, for now at least, the country offers some of the classiest action around.

While as yet there is no live coverage of the top Japanese races in the UK and Ireland, recordings with English language commentary appear on the JRA's YouTube channel later the same day, while Racing TV and Sky should both be able to screen recordings during their Sunday morning programming. 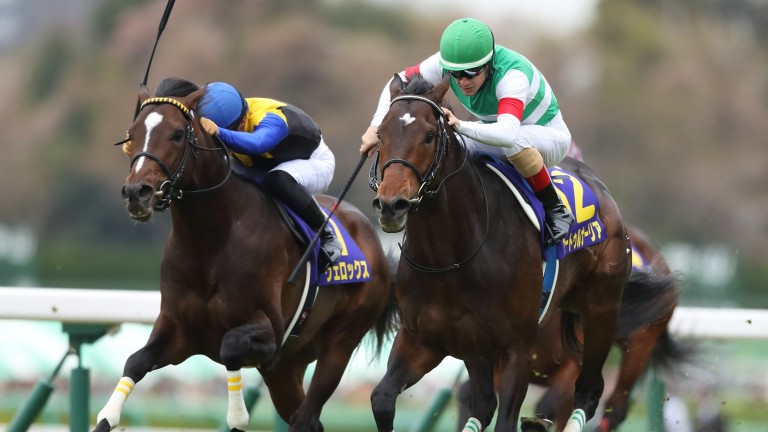 Saturnalia winning last season's 2,000 Guineas: the Takarazuka Kinen is on the agenda while an Arc bid could be on the cards for the 4yo
Masakazu Takahashi

Trainer Yoshito Yohagi enjoyed stellar success at home and abroad in 2019 with the now-retired Cox Plate and Arima Kinen heroine Lys Gracieux. This year could be just as exciting if Contrail can build on his unbeaten two-year-old season. Yohagi had the confidence to send him straight to a Grade 3 for his debut and was rewarded with a five-length stroll.

Out of an Argentine Group 1-winning mare, Resistencia broke the mighty Vodka's 13-year-old Hanshin track record when making all to hammer Maltese Diosa and Cravache D'Or in the country's end-of-season Juvenile Fillies' championship race last December. She finished behind the same two rivals when third on reappearance in the main Oka Sho trial on March 7 but still looks the one to beat in the Classic.

After a few of lean years following the retirement of superstars Maurice and Duramente, trainer Noriyuki Hori was back in the big time when Salios justified even-money favouritism to land the Grade 1 Asahi Hai Futurity Stakes in December under longtime ally Ryan Moore. Like Contrail he goes straight to the Satsuki Sho without a prep run. 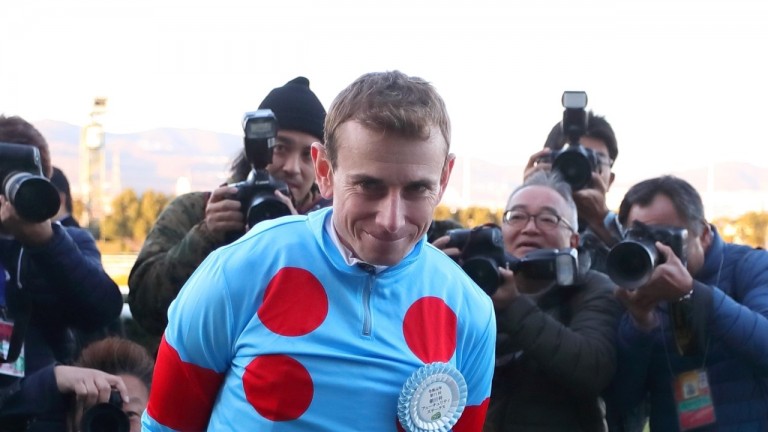 Although racing has continued, the country's horsemen have still felt the effects of the pandemic, not least those who had plotted raids on lucrative foreign prizes.

Australia is now quarantined to outsiders, ruling out all but the already-shipped Danon Premium from the Sydney Autumn Carnival, while a mandatory 14-day quarantine period for all foreign arrivals to Hong Kong looks to have severely dented hopes of a Japanese presence on FWD Champions Day at Sha Tin at the end of April. 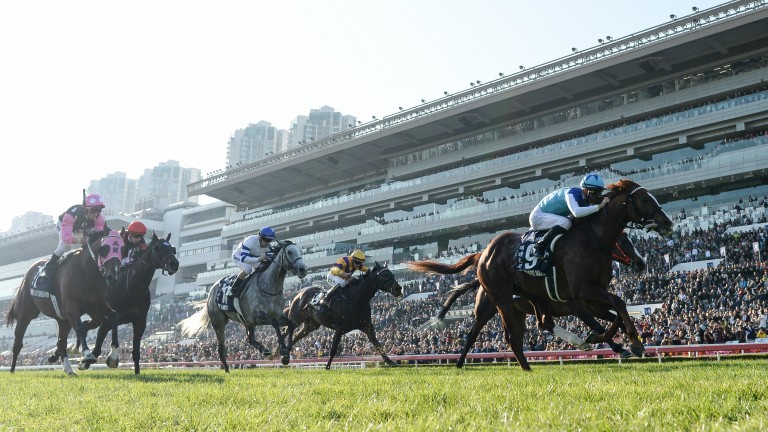 Hong Kong Mile winner Admire Mars was one of those Japanese stars left in limbo with the cancellation of the Dubai World Cup meeting
Edward Whitaker (racingpost.com/photos)

That is before you take into account the 20 Japanese-trained horses - led by Almond Eye - that shipped to Dubai, only to find themselves all dressed up with nowhere to go when World Cup night was cancelled.

The Osaka Hai (April 5, Hanshin) will come too quickly for any of the horses returning from Dubai, leaving Wagnerian and Makahiki - who finished third and fourth in last November's Japan Cup - as leading contenders.

Among the Dubai horses, watch out for last year's Yushun Himba (Oaks) winner Loves Only You, Hong Kong winners Admire Mars, Glory Vase and Wins Bright, as well as the one and only Almond Eye.

FIRST PUBLISHED 2:00PM, MAR 28 2020
It makes us understand even more strongly that the presence of racing fans is what makes 'our racing'