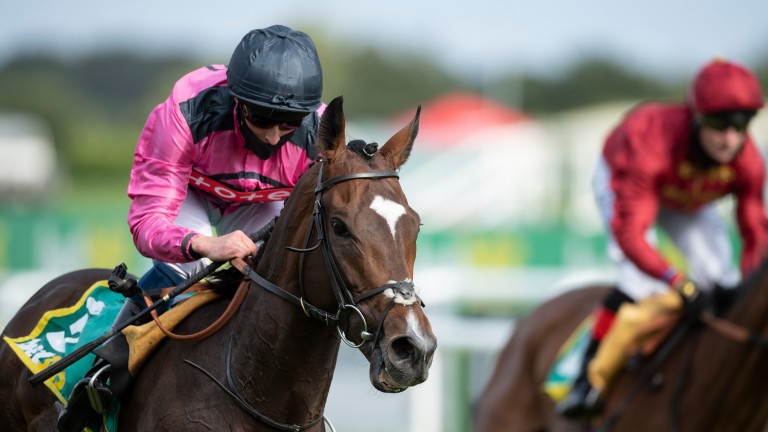 Spanish Mission: will start from stall 14 on Tuesday after being cleared by vets
Edward Whitaker
1 of 1
By Catherine Macrae UPDATED 1:02PM, OCT 30 2021

Spanish Mission has been cleared to run in the Lexus Melbourne Cup at Flemington on Tuesday after passing a final veterinary check following an apparent skin infection.

The Andrew Balding-trained stayer failed the initial inspection by Racing Victoria vets on Thursday morning after suffering a knock to the pastern but was cleared on Saturday at Werribee before the draw for Australia's biggest race.

UPDATE: A panel of three veterinarians have reinspected Spanish Mission today and passed the horse suitable to accept this afternoon for Tuesday’s @Lexus Melbourne Cup at @FlemingtonVRC.

The Lonsdale Cup runner-up, who was given stall 14 in the 24-horse field, drifted in the market after failing the first vet inspection and is a general 7-1 second favourite behind strong market leader Incentivise.

Incentivise is quoted at 6-4 to become the first horse to complete the Caulfield Cup-Melbourne Cup double since Ethereal in 2001 and will start two stalls down from Spanish Mission in gate 16.

The Joseph O'Brien-trained Twilight Payment, last year's winner and the only other international runner, was drawn in stall 2. The eight-year-old returns to Australia after a summer in Ireland, where he won the Group 3 International Irish St Leger Trial before finishing a close second behind Ebor winner Sonnyboyliston in the Irish St Leger.

Ciaron Maher and David Eustace have dominated Melbourne's big staying races for the past 18 months and the heavily backed Hitotsu provided the pair with a first success in the $2 million Penfolds Victoria Derby at Flemington on Saturday.

Full runners and riders for the Lexus Melbourne Cup

'I'd have Frankie Dettori on any horse, in any race, on any day of the week' Deauville date set for Australia's darling Verry Elleegant's European debut Titleholder 16-1 for Arc after shattering course record in Takarazuka Kinen 'It's been a hard couple of weeks' - Rossa Ryan bounces back with 1,024-1 treble Newmarket next for Alcohol Free with July Cup and Falmouth under consideration Quotes and analysis on a hot Newcastle sprint worthy of a Saturday slot