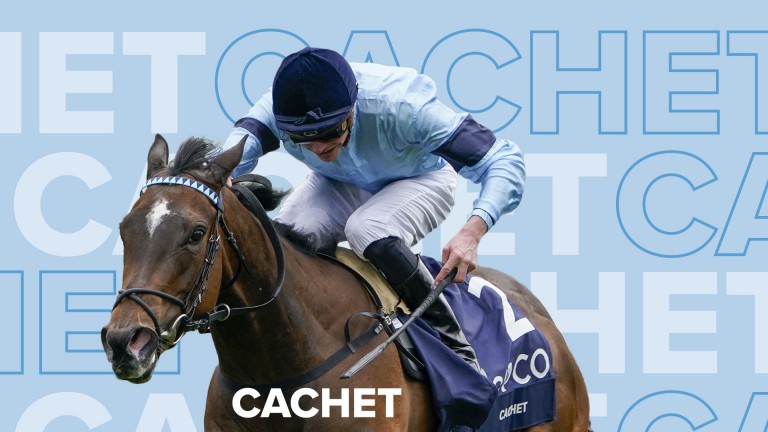 The build-up to the French 1,000 Guineas has been dominated by discussion about the historic difficulty of doubling up in the Newmarket and Longchamp Classics, but behind the raw facts that Special Duty was the last to succeed and both Finsceal Beo and Mother Earth were narrowly beaten is the mitigation that not many winners of the English version have attempted the feat.

If George Boughey is happy that Cachet has bounced out of Newmarket in good form that should be good enough for us, and it sets up a classic case of the British-trained hare and the French finisher, with Prix de la Grotte winner Rosacea the one likely to throw down her challenge last of all.

Cachet has proved something of a specialist on the Rowley Mile and the configuration of the Grande Piste may oblige James Doyle to delay slightly before he goes for everything; in the Nell Gwyn and the Guineas the button was pressed a full three furlongs out and unless he wants to set her alight in the false straight – rarely a winning move at Longchamp – he may be waiting an extra few seconds.

Of more concern is a draw in stall ten, meaning Cachet will undoubtedly need to burn a bit of petrol to try to get out and over if she is not to be condemned to racing three wide all the way.

With a low draw almost cardinal over a mile when the going rides fast (as it is expected to be by race time) and the rail is at its innermost limit, Rosacea has the plum draw in one, although ironically, jockey Theo Bachelot is unlikely to be in a hurry to make use of it.

The use of the cutaway rail or open stretch means he should be able to bide his time and hope to still get a run, and if Rosacea avoids traffic problems it will take a very good filly to repel her late charge.

The arbiter in terms of styles between the top two in the betting is Toy, whose form is arguably nowhere near good enough but who carries a big home reputation at Ballydoyle and is handily drawn in stall five, meaning Ryan Moore can sit close to the pace and kick at the top of the straight.

A more convincing candidate on paper is Jumbly, who ran a fine comeback over seven furlongs when just touched off in the Fred Darling and has a nice low berth in four; in contrast, Frankie Dettori will need to pull a rabbit out of the hat from stall 12 on Who Knows, a far from guaranteed stayer.

George Boughey sees Cachet's 1,000 Guineas victory two weeks ago as an advantage rather than a concern as the filly bids for a rare Classic double in Paris.

She held off Prosperous Voyage to strike at Newmarket for the young trainer and takes on a field of lightly raced types in a bid to emulate Special Duty, the last to do the Guineas double in 2010. 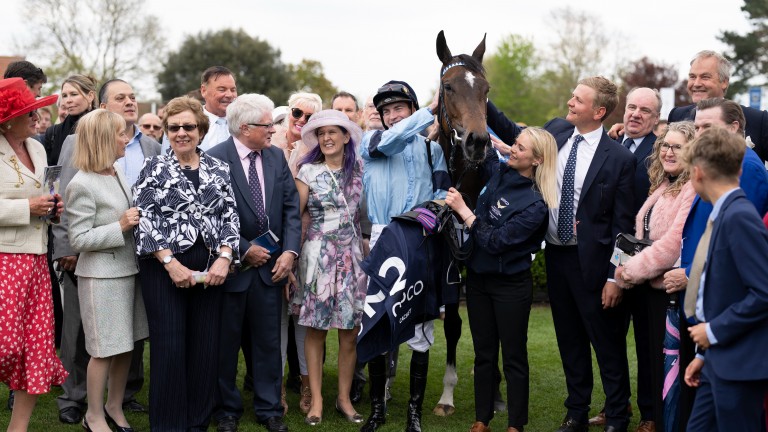 Cachet with connections after winning the 1,000 Guineas at Newmarket
Edward Whitaker (racingpost.com/photos)

Boughey said: "I never dreamed we'd be having a French Guineas favourite so early, never mind having won at Newmarket. It's a huge effort from everyone at home and it's an honour to be part of it all.

"She's travelled over well and has taken it all in her stride, so we'll give it our best shot. She had a hard enough race in the Guineas, but didn't have to travel at Newmarket – it would have been a lot harder travelling to France first. She also backed up her run on heavy ground at Royal Ascot eight days later last season.

"There are a lot of unexposed horses in there, and for me Toy is one of the biggest threats, but I'd much rather have the form in the book as we do."

Rosacea, France's leading hope, produced a scintillating turn of foot to come from last to first in the Prix de la Grotte, repeating the feat of her Group 3 win at Deauvllle last October on different ground.

Trainer Stephane Wattel wasn't entirely happy with the daughter of Soldier Hollow before her seasonal comeback, so it is possible Rosacea may come forward from what was already a taking performance. 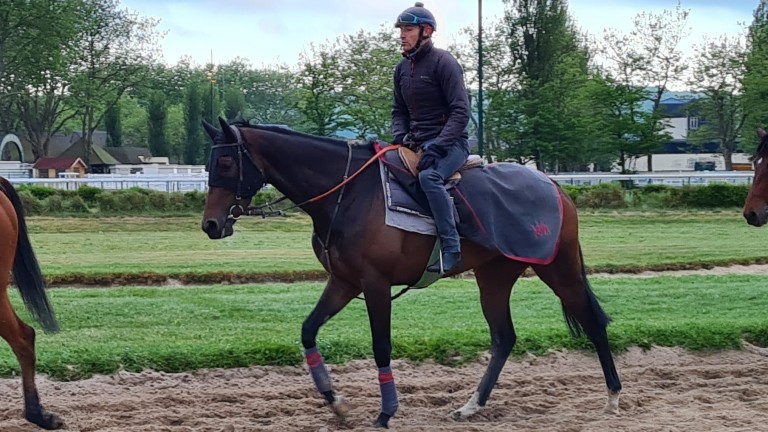 He said: "She was quite slow to come to hand and Theo [Bachelot] was not at all convinced she was in great form before the Prix de la Grotte – he said she was only just ready to run.

"I went from thinking 'we're running well' to 'we're going to win' very quickly, without ever really having the chance to get excited. I really wasn't convinced she was absolutely tuned up to run that well.

"I agree with Jean-Claude Rouget that four weeks between the prep race and a Classic is ideal, three can sometimes be a bit tight. We’ve been able to prepare her as we wished."

Wattel also runs Teruya Yoshida's Who Knows, of whom he added: "She's a wonderful, generous filly who is perhaps right at her upper limit over 1,600 metres [1m], and might be better at 1,400 [7f]. She'll be much better on good ground and I've never had her in better shape."

Jean-Claude Rouget, trainer of Osmose and Zelda
Osmose has a bad draw on the outside so we’ll have to see. Zelda needs to prove herself at this level.

Yann Barberot, trainer of Sicilian Defense and Daisy Maisy
Daisy Maisy has come forward from her seasonal debut for which she had an interrupted preparation, having fallen in the morning a month before the Prix de la Grotte. She's done nothing but progress, is drawn well in six and loves Longchamp – she has everything in her favour. Sicilian Defense has a wide draw but it might be a blessing because we'll be forced to drop in and it'll prevent her getting racing too soon.

Gianluca Bietolini, trainer of Sea Of Ash
I have her at 100 per cent and I think last time she was perhaps beaten by a lack of pace. Stall 13 is a disappointment because she needs cover until the final 300 metres, but Olivier Peslier has bags of experience and if she runs in the first five I'll be happy.

Mikel Delzangles, trainer of Mangoustine
She has progressed well since her comeback and looks better than before that race. Stall eight gives us options and is far from terrible.

Francis Graffard, trainer of Acer Alley
She looks like she might be a better filly over 1,400 metres [7f] but quick ground will help and she's taken a step forward from her run in the Grotte. She has a chance of being placed.

Andre Fabre, trainer of Mqse De Sevigne
She'd probably prefer slightly softer ground but is in good shape. She has a lot of class and should run a good race.

Aidan O'Brien, trainer of Toy
We've been very happy with her since Cork and she has always worked like a smart filly. Her family has always been pacy but, in physical terms, she probably looks more like a mile and a quarter filly. She could be one for the Prix de Diane if this goes well.

FIRST PUBLISHED 4:00PM, MAY 14 2022
She's done nothing but progress, is drawn well in six and loves Longchamp – she has everything in her favour

George Boughey: 'Expanding this fast has worried others more than it has me' George Boughey 'wouldn't swap' Cachet as he plots first Royal Ascot success 'Incredibly well-regarded' Lysander to test Derby credentials in Goodwood trial 'Ancient Rome ran a race full of promise with a view to the French Derby' 'You'd have to have a crack' - French Derby next for Godolphin star Modern Games Mosse magic on Mangoustine as Cachet is narrowly denied 1,000 Guineas double