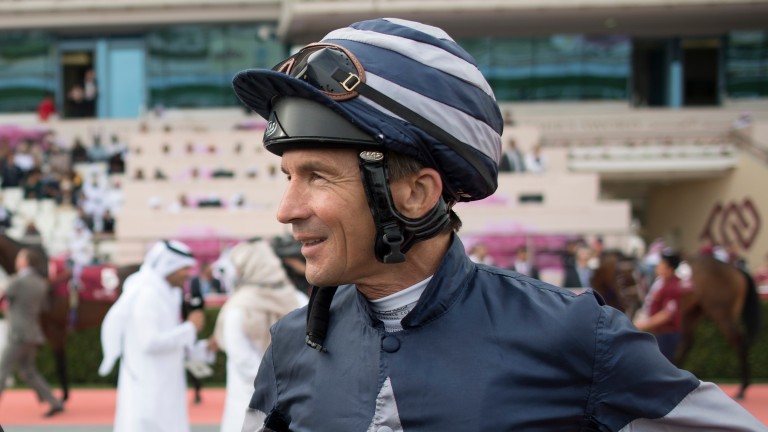 A week on from Torquator Tasso's golden performance in the 100th Qatar Prix de l'Arc de Triomphe, German racing may have uncovered its next star.

Sea Bay and Adrie de Vries stormed to a nine-length victory in the Group 3 Preis des Winterfavoriten at Cologne – the race which serves the same purpose as the Dewhurst in Britain – recording the widest winning margin since 2008.

It was a second success for trainer Henk Grewe following a one-two with Rubaiyat and Wonderful Moon two years ago.

Much of the pre-race build up had surrounded the four-strong challenge of Markus Klug but having been kept wide down the back straight by de Vries, Sea Bay – who was only fourth at Listed level last time out – powered clear of his rivals.

"We've always thought a lot of this horse and today he showed what we've been seeing in his work," said Grewe. "He improved a lot from his run at Dusseldorf and we were very happy after his last piece of work on Monday.

"He would have won wherever Adrie had taken him today but under the trees on the outside was the best line."

The Winterfavoriten is over a mile but Grewe is hopeful that Sea Bay will follow the example of his sire New Bay, who won the Prix du Jockey Club over 1m2½f before running third in Golden Horn's Arc.

Grewe said: "He'll have a break and we'll start again next year. He will certainly stay 2,000 metres and we hope he can handle the Derby distance of 2,400 metres."

FIRST PUBLISHED 5:12PM, OCT 10 2021
We've always thought a lot of this horse and today he showed what we've been seeing in his work