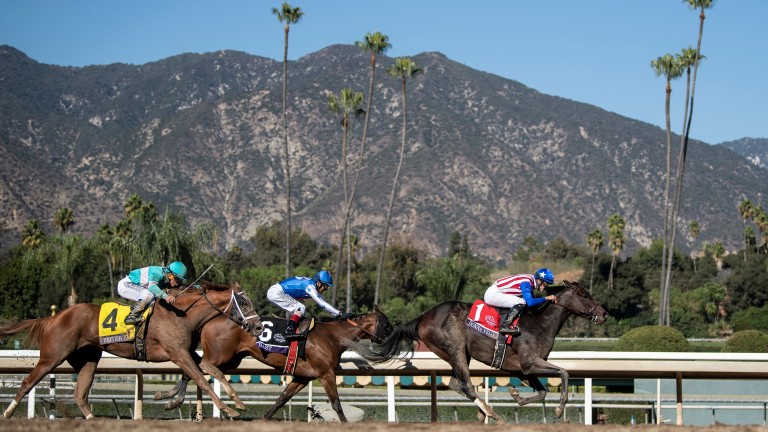 Santa Anita: racing will return to the track on Friday
Edward Whitaker (racingpost.com/photos)
1 of 1
By James Stevens UPDATED 1:16PM, MAY 14 2020

Racing at Santa Anita will resume on Friday after the Californian racecourse received approval to race from the Los Angeles County Department of Public Health.

The restart of the sport is subject to a number of strict protocols which include mandatory wearing of face masks and temperature screening on arrival. Social distancing will also be enforced.

Golden Gate Fields in San Francisco has also been given approval to stage racing on Thursday with similar behind-closed-doors measures in place.

Santa Anita has been shut since March 27 and there had been  protests, including one attended by top trainer Bob Baffert, attempting to get the track to reopen in April. The action begins with a nine-race card, followed by meetings on Saturday and Sunday.

Meanwhile, the minimum prize-money for Grade 1 and 2 races in the US has been lowered by $50,000 following the financial hit from the coronavirus pandemic. 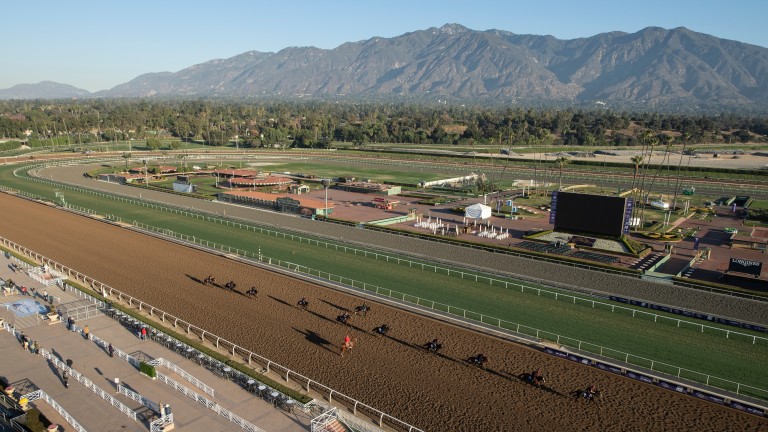 The change was made by the American Graded Stakes Committee (AGSC) to prevent courses being forced to cancel stakes races due to a lack of funds.

AGSC's secretary Andy Schweigardt told Bloodhorse: "The concern I heard expressed is that if the purses are left where they are and some tracks are under duress that these races would not be run. The committee felt the opportunities should still be there for owners, breeders, and horsemen. They didn't want to see races cancelled."

Schweigardt added on the potential implications of prize-money following the pandemic: "Not many tracks have released revised stakes schedules, but of the ones that have – Santa Anita Park, Monmouth Parkand Churchill Downs – none have lowered their purses below the minimums.

"The only one up to now to submit a request has been Del Mar on certain races. But there is still a lot of uncertainty out there with a lot of tracks not knowing when they can even run."

FIRST PUBLISHED 10:13AM, MAY 14 2020
The minimum prize-money for Grade 1 and 2 races in the US has been lowered $50,000 following the financial hit from the coronavirus pandemic