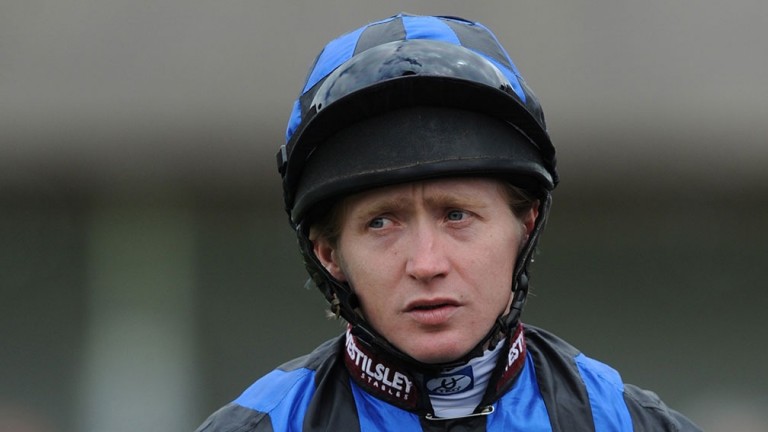 Jockey Sam Hitchcott celebrated one of his biggest victories when Golden Goal kept Secret Ambition at bay in round one of the Group 2 Al Maktoum Challenge.

The 39-year-old, who started riding in 2000, was forced to pull out all the stops on the Doug Watson-trained eight-year-old as the pair exacted their revenge on Secret Ambition, whom they chased home in the Godolphin Mile in March.

Hitchcott's search for a British winner stretches back to September 2017, but he has enjoyed a productive time in Dubai riding for the UAE champion trainer.

The experienced jockey, a mainstay of the Mick Channon yard for many years and victorious at Royal Ascot on Missoula in 2008, gained his most valuable success at the same Group 2 level when winning the 2016 Godolphin Mile for Watson on One Man Band.

Golden Goal lowered the 7f track a year ago and proved just as effective over a mile with this shock 28-1 success.

Peslier had Pevensey Bay, trained in France by Hiroo Shimizu, positioned right out the back in the home straight and switched his mount wide from off the rail to run down Ascot Brass in the final strides.

South American sprinter Bet Law put down a marker for the rest of the carnival with a decisive success on his overseas debut in the new 6f conditions contest.

An easy winner of his last two starts on dirt in Uruguay, the colt grabbed the lead early and sustained his effort impressively to strike for trainer Antonio Cintra, who was on the scoreboard at last year's carnival.