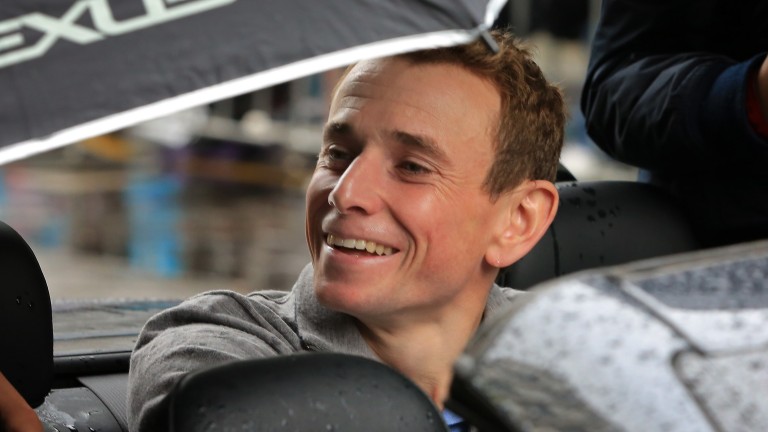 Ryan Moore will fly to South Africa to partner Rainbow Bridge in the Sun Met at Kenilworth, the country's richest conditions race, after a controversial decision was made to jock off regular rider Gavin Lerena.

However, Sands was not entirely happy with the way the horse had been ridden in his last two races and told Rattray he wanted a change.

Rattray said: "Whatever he decides it's his business. As far as I'm concerned I employ a trainer and he must make the decisions.

"We wanted Frankie Dettori but we couldn't get hold of him. I knew bloodstock agent Jehan Malherbe had a link to Ryan so I spoke to Jehan about getting him. Gavin was more understanding than I expected."

Former champion Lerena said: "The Met was Rainbow Bridge's mission and to be jocked off when the horse is going over his right trip is a bitter pill to swallow.

"I believe he goes very well for me. He doesn't overrace and he runs as straight as an arrow, whereas he hangs with some of the other jockeys who have ridden him.

"All the best to Ryan – he's one of the greatest – but he doesn’t know Rainbow Bridge."

'The meeting was sure to be off. We were only coming here to have lunch' RIP Arthur Shone - sadly for racing, we truly won't see his like again Emmet Mullins-trained handicapper scores by wide margin after big Friday gamble 'What else would I do at my age?' - 80-year-old trainer wins with only horse Broad use of stallions strengthens Godolphin's hand in Europe and United States 'We can't go back to the same old programme' - racing warned over fixture list
Bookmaker
Price
E.W. Terms
bet365
Open Account
Ladbrokes
Open Account
William Hill
Open Account
Coral
Open Account
Paddy Power
Open Account
Betfair
Open Account
Sky Bet
Open Account
Sporting
BetVictor
Boylesport
888sport