Ryan leaves his virus nightmare behind as Brando comes good 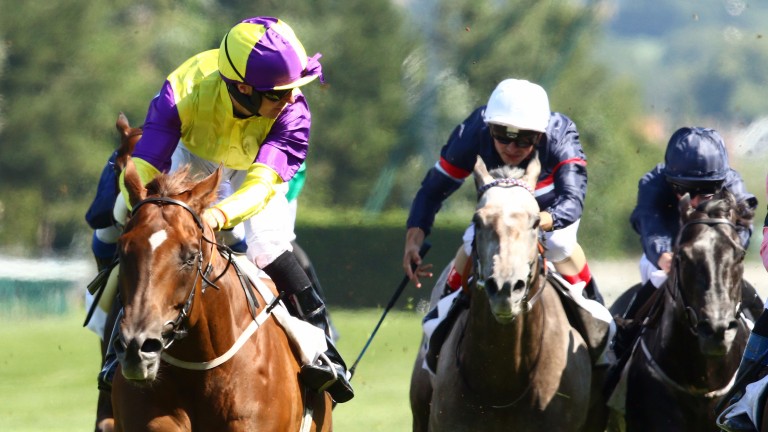 Tom Eaves looks across to see he and Brando have held on to win the Maurice de Gheest
Scoop Dyga - Laurent
1 of 1
By Scott Burton 8:01PM, AUG 6 2017

Barely two months ago Kevin Ryan may have believed his business stood on the brink of oblivion after discovering a case of the potentially deadly EHV-1 virus but, as Brando and Tom Eaves swept aside a host of more fancied sprinting names including Caravaggio, the Yorkshire-based Irishman was completing a remarkable change in fortunes.

The son of Pivotal had been ruled out of Royal Ascot while Ryan's yard was closed down - the trainer having taken the decision to contact the BHA the moment a case of equine herpes emerged in one of his horses - but he ran a fine race when third to Harry Angel in the July Cup at Newmarket.

"His run in the July Cup was exceptional because he didn't have the greatest prep," said Ryan. "It's a known fact what happened to me and we were locked up so I couldn't really get the horses away to work. He is a big gross horse and was a lot lighter today than in the July Cup."

Regardless of the big reputations in opposition, Eaves rode Brando on the basis that he was aboard the best horse in the race, taking several pulls in behind last year's winner Signs Of Blessing before finally launching his challenge just before the furlong marker.

The five-year-old bounded to the front and held the late challenge of Aclaim with Tupi coming home third and Magical Memory back in fourth. The result meant the first four home were all British-trained.

"That was a fair ballsy ride," said Ryan. "Since he got on this horse he has got the confidence to ride him how he wants and I think Tom is massive to him now.

"There are three races left for him this year - the Haydock Sprint Cup, the Prix de la Foret and the race on Champions Day. If he misses one, so be it. The ground and his wellbeing will decide." 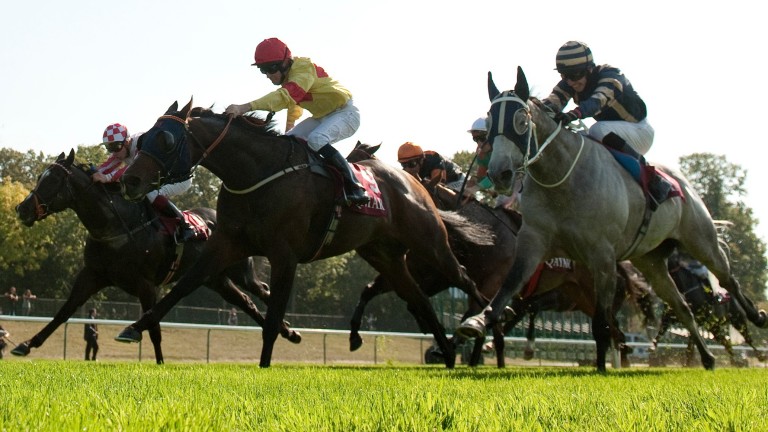 "Tangerine Trees was special, but they are few and far between these Group 1s and I really appreciate this," said Eaves, whose first ride on Brando ended in a head defeat in last season's Wokingham but together they have since picked up an Ayr Gold Cup and an Abernant Stakes.

"Thanks for the owners and Kevin for keeping me on. Pete and Angie [Bailey, Brando's owners] are great people and I'm delighted for them," he added.

Ryan was in no mood to hide how much Brando's victory meant to him even as he showed the kind of stoic attitude that must have aided him in the dark days of June.

"It’s a great credit to my owners, they were absolutely amazing," said the trainer. "A credit to my staff, who were even more amazing and my vet. It was a tough time, but they were the cards we were dealt and we did the right thing so I can hold my head high.

"We're here and we're getting paid back for it now. Let's be realistic, they are a bunch of horses galloping around a field. There's things happening in the world that make you think 'hang on, this is not a disaster'."

FIRST PUBLISHED 5:58PM, AUG 6 2017
They are a bunch of horses galloping around a field. There’s things happening in the world that make you think 'hang on, this is not a disaster'