Breeders' Cup LUCK OF THE DRAW 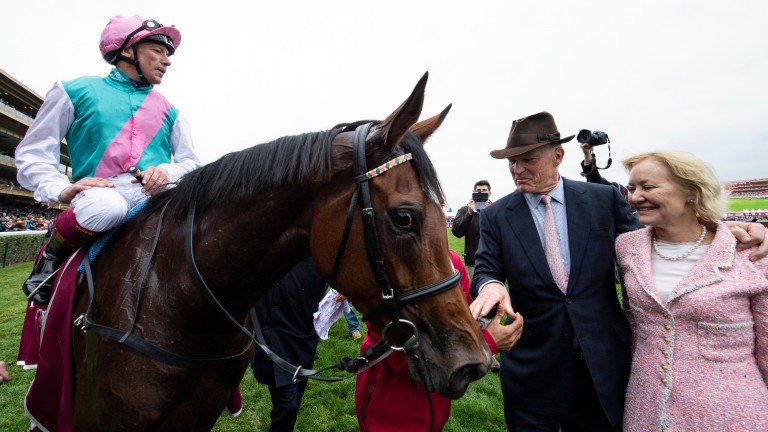 Enable (above) and Roaring Lion were both handed stall two in their Breeders' Cup races
Edward Whitaker
1 of 1
By Richard Forristal UPDATED 8:01PM, OCT 30 2018

John Gosden's brilliant pair Roaring Lion and Enable have both been drawn in stall two ahead of their respective tilts at Stateside glory at the 35th Breeders' Cup on Saturday.

In the $6 million Classic at Churchill Downs, Roaring Lion, Gosden's exceptional Eclipse, International, Irish Champion Stakes and QEII winner, will be situated alongside Saeed Bin Suroor's Thunder Snow, who will break from the inside berth on his return to the Louisville track for the first time since his dramatic antics after emerging from the stalls in the 2017 Kentucky Derby saw him pulled up early.

The Aidan O'Brien-trained Mendelssohn will break from stall nine when he attempts to atone for his own Churchill Downs flop on a miserably wet night there in this year's Derby.

With the horses drawn on the inside often having to go forward early rather than get covered up and face bad kickback, Mendelssohn's draw might allow for more tactical versatility.

The John Sadler-trained favourite Accelerate landed the widest draw in stall 14, while Jonathon Thomas's Catholic Boy, last seen beating Mendelssohn in the Travers Stakes at Saratoga, will be in stall three. 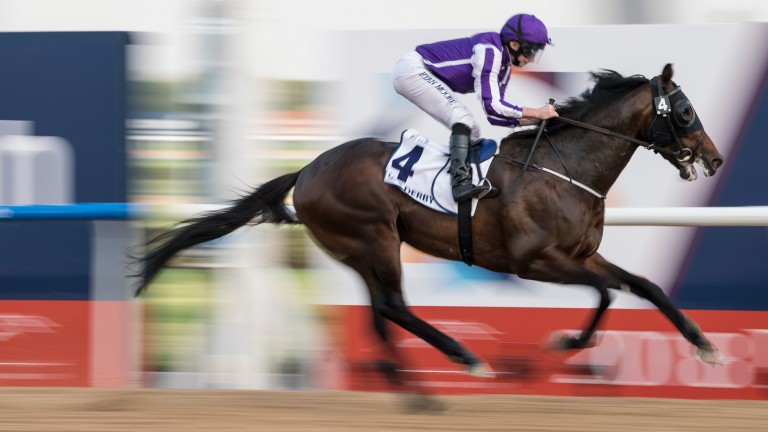 "Of those, it looks like Mendelssohn has fared best," said the firm's spokesman Simon Clare of the horse charged with delivering a first Classic success for O'Brien.

"He has a nice draw in the middle but Roaring Lion and Thunder Snow might not have the same options from the inside and Accelerate has a lot to do from stall 14."

In the Breeders’ Cup Turf, Gosden's dual Prix de l'Arc de Triomphe winner Enable, who will be vying to become the first horse to follow up at the Breeders' Cup in the same year as winning an Arc, will also break from stall two, where she will be alongside Andre Fabre’s defending champion Talismanic in stall one.

Fabre’s Waldgeist will be in stall 12 while O’Brien’s Magical, so impressive in the Fillies and Mares' Group 1 on Champions Day at Ascot, has landed stall five. Her stablemate Hunting Horn will be in stall in 13.

In the Mile, William Haggas’s One Master drew stall one. O’Brien’s I Can Fly will break from stall eight, with Happily in three and Gustav Klimt in 13. Expert Eye landed stall seven for Michael Stoute, whose Mustashry will be in 14. David Simcock’s Lightning Spear will break from stall 11.

In the Filly & Mare Turf, Gavin Cromwell’s Longchamp Group 2 winner Princess Yaiza will break from stall five. O’Brien’s Magic Wand will be in ten, Athena in 13 and Dermot Weld’s Eziyra will have to break from the widest stall 14 in her quest to give the Curragh handler a first Breeders' Cup winner. Charlie Appleby’s Wild Illusion will break from stall three.

In the first ever Juvenile Turf Sprint that gets proceedings underway at Churchill Downs on Friday, Wesley Ward’s Norfolk Stakes winner Shang Shang Shang will break from stall seven. O’Brien’s Sergei Prokoviev will be in stall eight while So Perfect will be two wider in stall ten.

O’Brien’s Broome was formally ruled out of the Juvenile Turf, in which Anthony Van Dyck was drawn widest of 14. On the inside in stall one will be Tom Dascombe’s Chesham Stakes winner Arthur Kitt. Mark Johnston’s Marie’s Diamond will break from 13 and Charlie Appleby’s Line Of Duty drew stall five.

FIRST PUBLISHED 10:14PM, OCT 29 2018
Mendelssohn has a nice draw in the middle but Roaring Lion and Thunder Snow might not have the same options from the inside