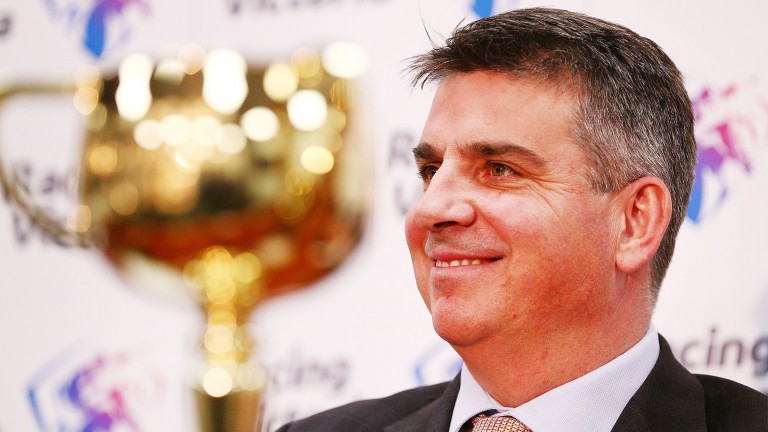 Racing Victoria CEO Giles Thompson has announced his resignation, ending a five-year reign at the head of the Australian governing body.

In a statement, Thompson said "the time was right" to hand over to a new CEO but will remain in the role until June 30, with the hunt for his replacement already underway.

"It has been my privilege to lead this industry for more than five years during what has been an incredible period of growth. I am particularly proud of the record A$280m of prize-money and bonuses now on offer for hardworking participants who are the lifeblood of our sport," Thompson said.

"With the customer at the centre of everything we do, we have been able to drive great outcomes, from the exceptional quality of our racing programme, participants and athletes, to our world class infrastructure and facilities.

"While it will continue to evolve, the Victorian Spring Racing Carnival remains one of the world's greatest racing events with 21 Group 1 races, A$110m in prize-money and top-quality racing on some of the best race tracks in the world.

"Having finalised the establishment of the integrated media business and successfully navigated the industry through the peak challenges of the global pandemic, the time is right to hand over to a new CEO to lead the industry into its next phase."

Thompson also played a leading role in Victoria's equine welfare initiatives as well as new innovations such as the All-Star Mile, a A$5m contest at Flemington in which the public are able to vote on which horses will compete.

"On behalf of the Racing Victoria board and executive team I would like to extend my thanks to Giles for his significant contribution to the prosperity of racing in Victoria over more than five years," Kruger said.

"Giles's tenure has been characterised by strong governance and financial management, enabling record levels of investment for the benefit of all of our many stakeholders.

"Of course, his biggest achievement has been leading his team and the industry through the unparalleled challenges of Covid-19. To have kept the industry operating as successfully as it has over the last two years is a testament to his hard work and dedication.

"The board appreciates Giles's commitment to oversee the transition to new leadership and we wish him well in his future endeavours."

"He has overseen a period of growth with record wagering and prize-money achieved and guided the sport amazingly well through the pandemic," Blanksby said.

"It is a difficult role with competing views on nearly every issue and Giles has always demonstrated fairness and transparency in his dealings. I wish him the best of luck in his next endeavours."

Victoria Racing Club boss Steve Rosich said: "I have enjoyed a good working relationship with Giles and he has made a significant contribution to Racing Victoria and the industry during his tenure."

FIRST PUBLISHED 11:05AM, JAN 15 2022
The time is right to hand over to a new CEO to lead the industry into its next phase