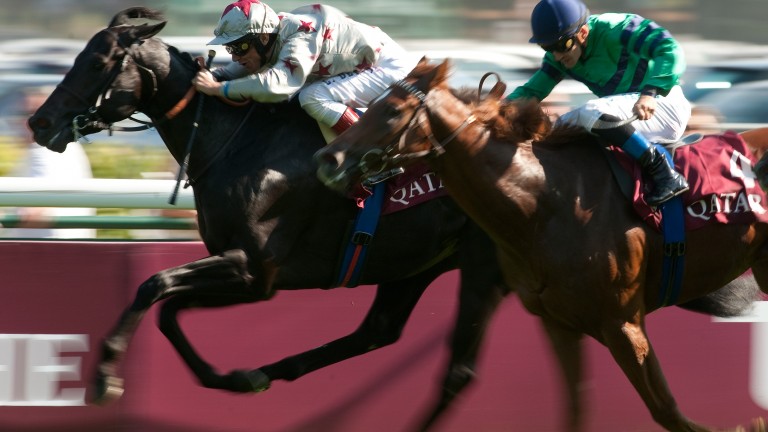 Dabirsim was the last French-trained horse to be crowned Europe's champion two-year-old back in 2011
Edward Whitaker
1 of 1
By Scott Burton 1:44PM, OCT 16 2020

France Galop has approved a raft of new measures aimed at reversing the decline in the number of two-year-olds in training, with the hope that its increased advantage over other European countries in prize-money can help attract more foreign owners and trainers.

Among the most eye-catching proposals are an increase to the already generous owners' premiums paid on top of basic prize-money for French-bred or assimilated two-year-olds, and the waiving of early-season training centre fees. While two new categories of maidens are being introduced to encourage the country's juveniles to be campaigned more ambitiously.

France Galop director general Olivier Delloye said: "We hope that foreign owners who are already active in France might look at increasing their interest in the years to come.

"This year we have around 100 fewer two-year-olds in training compared to last year and obviously if that trend were to continue – a loss of four to five per cent annually – then in five or six years we could find ourselves with a reduction of ten per cent across the whole racehorse population.

"In France, as elsewhere, we need horses to generate betting revenue – a little more so when you have a pari-mutuel model – so managing the numbers of horses in training is extremely important."

French racing suffered a major hit to its finances during the seven weeks when the sport was suspended due to the first wave of the coronavirus pandemic.

But with betting on racing bouncing back to above pre-lockdown levels since mid-summer, France Galop has decided it is time to press their financial advantage over Britain and Ireland.

"Taking the extra money for three-year-olds in 2022 together with all the other measures, we are looking at around an extra €5m in terms of prize-money," said Delloye.

"To put things in perspective, we are able to head into 2021 looking at the same prize-money levels as in 2019 (€250m), which is already quite a feat in the current environment."

The first concrete measure announced last week was the construction of new woodchip gallop in Chantilly, with the governing body recognising that French two-year-olds have lacked competitiveness in the face of foreign challengers in recent years. 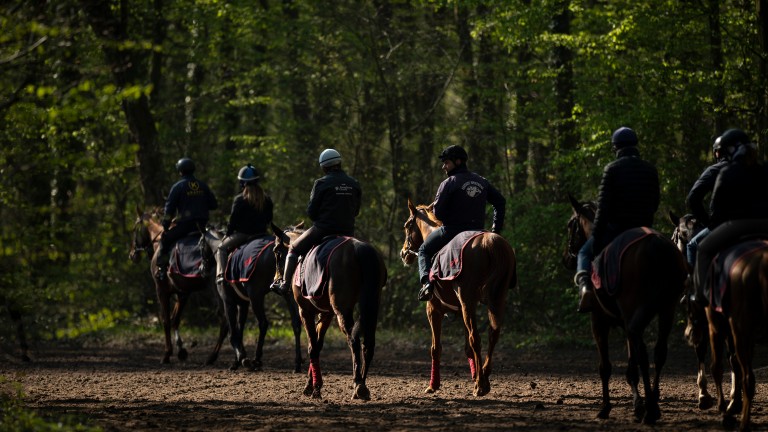 Measures announced by France Galop are designed to boost the number of two-years-olds in training, as well as to encourage trainers to campaign them more aggressively
Edward Whitaker

"We recognise that if you look back over the last 15 years at Group races for two and three-year-olds in France, there is a steady rise in the number of winners trained abroad," said Delloye. "Boosting the number of horses in training is a pre-requisite to improve matters, but there are two factors at work and it is not just a case of quantity but also quality.

"The standard of horses in training is linked to the profile of your ownership base and the funds they have to invest in stock."

Delloye described as results at last week's Tattersalls Book 2 yearling sale as "mind-boggling" evidence that the difficulties which face owners in terms of prize-money do not automatically make Britain a less attractive place to race.

Delloye said "Things in Britain are not maybe as catastrophic as is being portrayed but we have our strengths in terms of prize-money and premiums, as well I hope as the quality of our facilities and of our horsemen. We are looking to add value to those existing strengths."

FIRST PUBLISHED 1:44PM, OCT 16 2020
Boosting the number of horses in training is a pre-requisite, but there are two factors at work and it is not just a case of quantity but also quality