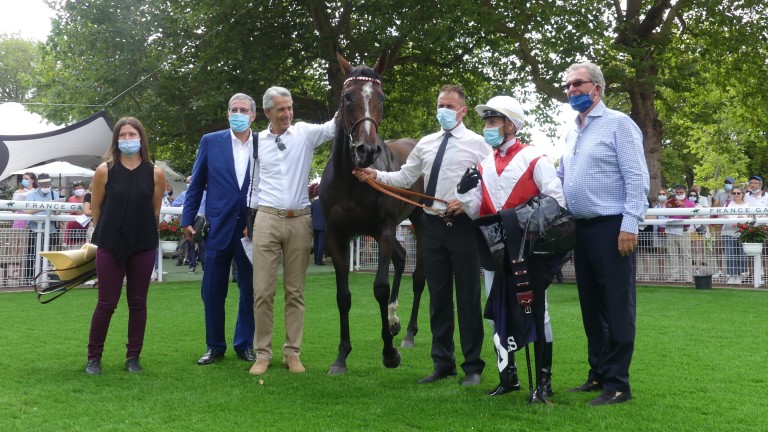 Port Guillaume will have gone into plenty of notebooks after flying home to be fourth behind Mishriff in last month's Prix du Jockey Club, an impression he reinforced at Deauville on Saturday with a straightforward success on his first attempt at 1m4f when landing the Prix Hocquart Longines.

Paddy Power cut Port Guillaume to 25-1 (from 40) for the Arc, making him the third string for trainer Jean-Claude Rouget behind Sottsass and last weekend's impressive Prix de Psyche winner Raabihah.

Cristian Demuro chose to take matters into his own hands aboard Port Guillaume and made virtually every yard, as the son of Le Havre came home three lengths clear of Ketil, with Pao Alto a nose further away in third.

"He'd already shown himself to be the good horse we always thought he was," said Rouget. "Coming from that far back certainly didn’t help [in the Jockey Club] but he was a bit laboured in the way he got going that day and he was the same here.

"Cristian knew to take the lead if nobody wanted to go on but even then he took a few strides to hit his stride in the straight. He is a good horse and I think the step up in trip only helped him.

"He will run in the Grand Prix de Paris all being well. Cristian rode him forward like that at Saint-Cloud and he is a horse that needs a decent pace, he's not a horse that just wins his race over the last 400 metres.

"He is quite a backward horse who, step by step, is maturing and I think he will be interesting for the autumn."

Ketil reversed his Longchamp defeat to Volkan Star and could be set for a further step up in trip according to trainer Pascal Bary.

"He is a horse that is progressing and could make up into a good stayer," said Bary. "I'll discuss it with Alan and Maria [Niarchos, owners] but something like the Prix de Lutece might be a good race for him. He is tough and brave."

FIRST PUBLISHED 6:24PM, AUG 8 2020
He is quite a backward horse who, step by step, is maturing and I think he will be interesting for the autumn